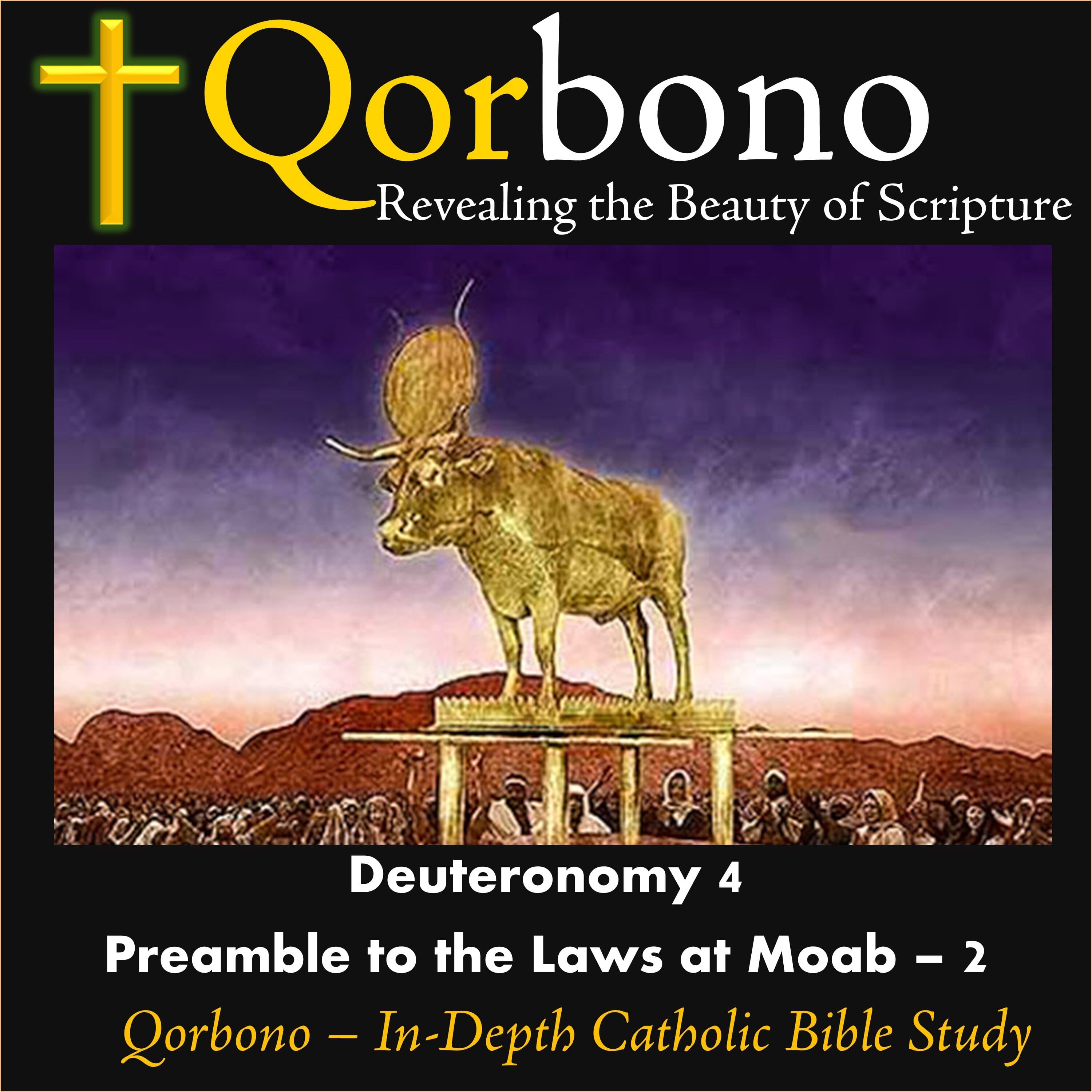 In this sermon (9: 1– 10: 22) Moses continues to address dangers to the faith that might develop as a consequence of the conquest, a theme he began in chapters 7 and 8.

Moses preaches against the feeling of self-righteousness that defeating the Canaanites might engender. He states that victory can be no proof of virtue, for Israel’s history has been one of continuous provocation and rebellion. Nothing but the Canaanites’ wickedness and God’s oath to the patriarchs accounts for Israel’s conquest of Canaan. Moses concludes by calling on Israel not to act rebelliously in the future but to serve God and obey His commandments.

The outstanding example of rebelliousness is the incident of the golden calf, which Moses recalls at great length ( 9: 8– 21, 25– 29, and 10: 1– 11). This incident, in which Israel violated the Decalogue’s commandment against idolatry, almost led to Israel’s extinction.

This sin of self-sufficiency is a real danger to any believer, as Pops Francis reminds us. The Pope recalled that despite Peter's profession of faith, the Gospel of St. Matthew recounts that later on, when Christ announces his Passion, Death, and Resurrection, Peter tells Christ that "this shall never happen."

"Peter", Pope Francis said, "is scared, is scandalized; no more and no less than so many Christians who say 'This will never happen! I will follow you until here.' It is a way to follow Jesus to know him until a certain point.

"And this is the temptation of spiritual well-being. We have everything: we have the Church, we have Jesus Christ, the Sacraments, the Virgin Mary, everything, nice work for the Kingdom of Heaven, we are good, everyone. Because at least we need to think this because if we think the contrary, it is sin! But it is not enough to have spiritual well-being until a certain point."

By reflecting on the events that Israel faced, we are led to reflect on our own lives. Are we attributing victories and successes to ourselves and blaming God for failures? The truly Christian soul need to be reminded, like the Israelite, that often times, the truth is that all our successes are God's and our failures, Jesus assumed on the Cross for our sake. Thus, all that we have is Christ.