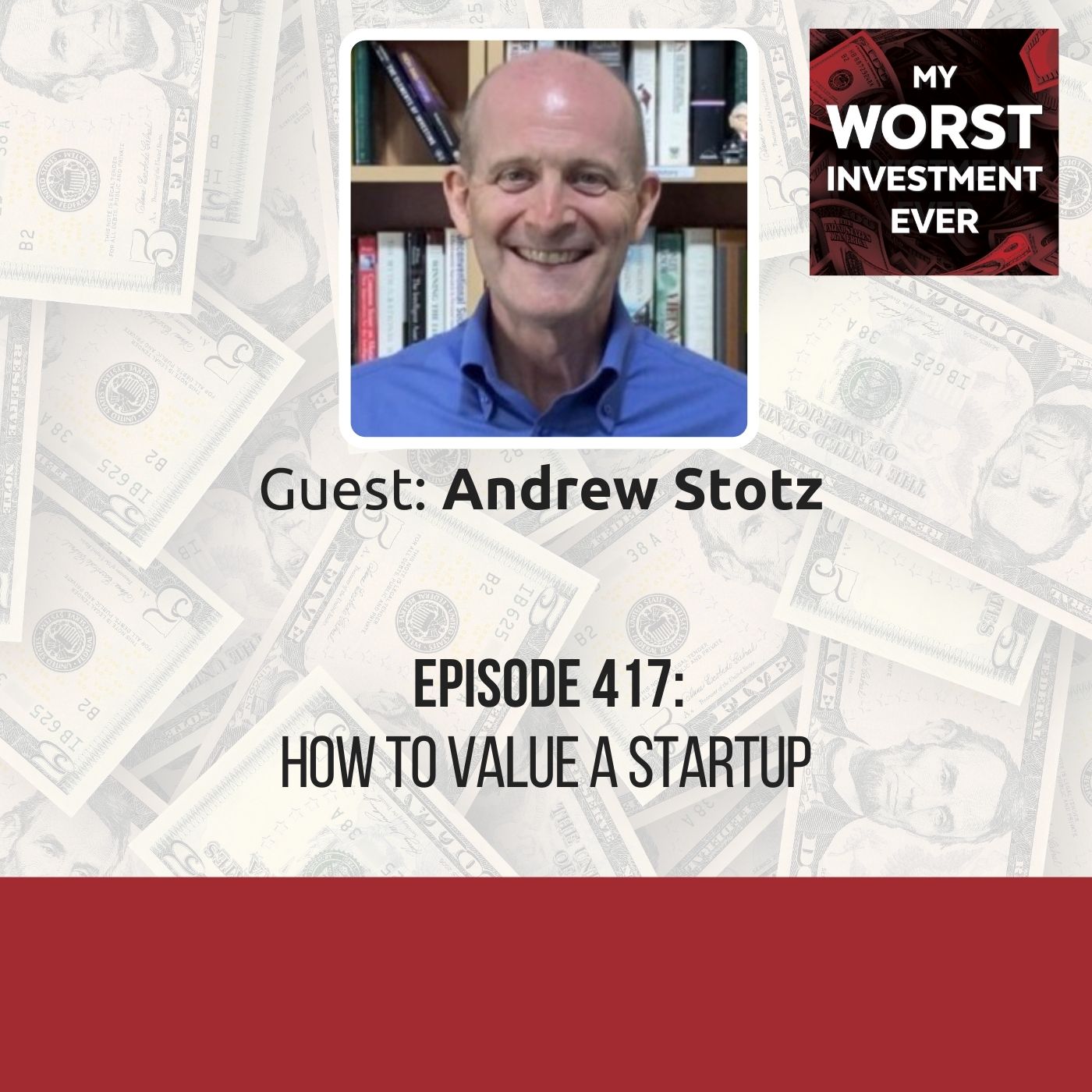 How to Value a Startup

Today I want to talk to you about how to value a startup.

This story started when Dan, a podcast listener, replied to my recent weekly email with this question, “How do you value a startup, especially if there is no revenue?”

How do you value a startup?

To answer this question, I decided to dust off a business plan that I wrote for a client soon after the 2000 dot-com boom and bust. For those of you who were not around then, the dot-com boom saw the US Nasdaq Composite peak in early 2000, up 400% from 1995. At that time, the New York Stock Exchange Composite index was trading at a Shiller cyclically adjusted PE (CAPE) ratio of 45x (by the way, as of this writing on July 16th, 2021; we are currently at 37x a CAPE). But after the Dot Com crash by 2002, the Nasdaq Composite had fallen by 80% from its peak.

You will learn how to value a startup

After this story, you will see that you can value an idea, activity, or revenue for early-stage companies. Ideas have value if their market size is massive and there is a reasonably high probability of success. Activity has value, particularly activity related to customers. This value derives from the fact that eventually, those users can be converted into paying customers. And that’s when revenue starts rolling in. A company may lose money for years but still have massive revenue growth.

You can value an early-stage startup with no revenue

A good example of this is Amazon which ramped up revenue but produced losses for many years. And now we all know there was value to those revenues. So, Dan, you can value an early-stage startup with no revenue based on its idea, activity, or revenue.

Let’s get into the story.

This client came to me in 2004 as we were just recovering from the dot com bust. He asked me to help his team write a business plan and value their company to raise capital from angel investors and eventually from venture capital funds. He even had big dreams of someday listing his startup on the stock market.

I pulled together all the information they had and started to work on forecasting revenue and building the financial model that would lead us to the value of the business. What follows are excerpts from the report I wrote for him.

Our product is global

We believe that our product is global, so our market is the world. Therefore, the first driver of value for our business is the size and growth of the global population. As of 2004, the world’s population is 6.5 billion, and we expect it will grow at about 1.2% per year for the next 10 years and then slow to 1.1% for the remainder. That means that by year 30 of our projections, the global population will be about 8.6 billion, which is our starting point for forecasting and valuing our business.

Our product is free software

Our product is a software application that runs on a desktop computer and allows users to communicate better. We are still in the testing and development phase, and as a result, have encouraged our customers to download our software for free. Since we have also started experimenting with monetizing our software, we have generated a tiny bit of revenue. We are optimists and expect explosive growth and are raising the funding we will need to finance that growth.

Only internet-connected people can use our software

One challenge we face is that, because we will be using the power of the internet, only those people who are on the internet can use our software. Currently, 87% of the world’s population is not on the internet, but we think that this will change over the decades to come.

Addressable market of 800 million people now, and we expect 6 billion in 30 years

We have talked with many thought leaders who confirm that the internet is the trend of the future. They estimate that 17 years from now, there will be 5 billion global internet users, up from the current 800 million. We also expect 30 years from now; there will be 6.3 billion people on the internet, more than two-thirds of humanity. In other words, three decades from now, our total addressable market will have expanded by 8 times. This is massive. This is exciting. And now is your opportunity to get in.

We expect to capture at least 50% of all internet users

One million customers already use our software

Now that you understand the market potential let’s talk about customers. We consider customers to be those who download and use our software. Some will only use the limited, free option, while others will use the paid feature. But to simplify, we will combine these into one measure, which we call monthly users. These are customers who use our software at least once a month.

Currently, we have one million monthly users. And you could say that they are almost all free users as they are paying us next to nothing. Our revenue this year (2004) was only US$400,000, or about 40 cents of revenue per user per year. We know it is tiny, but our objective is to get as many users on as possible to start to build something we call called the “Network Effect.”

The “Network Effect” was first described in Bell Telephone’s 1908 annual report, written by Theodore Vail. It was later expanded on by Robert Metcalfe, which is why it has more commonly been called Metcalfe’s law. Metcalfe’s company, 3Com, sold Ethernet cards which allowed computers to connect to the internet and communicate. He argued that the value of the network was proportional to the square of the number of users.

This Network Effect implies that as more people use our software, it will make the experience more valuable for all users, making our company more valuable too. Our goal is to expand our network of users in the first five years rather than focusing on revenue or profit. So over the first five years, we expect only to generate about US$2 per user per year. After that point, we think we can begin exploding our revenue.

Above we explained that our business’s primary internal driver is the number of users, not the revenue. So let’s consider our forecast for monthly users. We have applied Metcalfe’s law and added some of our judgment based upon our first year of experience to make the following forecast.

We think we can increase our current one million users to six million by the end of year two, and then double that to 12 million by year three. By year four, we expect the network effects to kick in, and we will have increased users by five times over the prior years to 58 million.

The US$5m dream value of our business

One year ago, our business was just a dream, but the dream of our small team was big. At the beginning of 2004, two of our founding team members put in the initial funds to cover operating costs.

The US$100m activity value of our business

Now, as we approach the end of 2004, our focus is on the decades ahead, not today’s profit or even revenue. Therefore we value our business based upon customer activity. Our customer downloads and software usage is extremely strong. So we believe our core focus should continue to be to gain as many users as possible to let the Network Effect work in our favor.

If we can continue to get funding to finance our growth, we think that the activity value of our customer downloads and usage could be as high as US$100,000,000 by mid-2005. From there, the sky is the limit (if we can keep growing our customer base.)

The US$500m revenue value of our business

Eventually, we expect to start monetizing our customer experience, and it is at that time, we feel we can create massive value. By the end of our third year, we think we could generate US$4 per year from each of our customers, which would generate us US$48 million of revenue.

We see many years of massive growth ahead and therefore based on just the revenue potential of our business we think we could be worth as much as US$500 million by the end of 2006. We arrive at this by multiplying revenue time a multiple of 10x. We derive this multiple based on our above forecast of massive future growth of users. Would you be interested in investing in this massive growth?

Currently, we are looking for an investor or group of investors to put US$10 million into our business for a 10% stake. This would value our business at US$100 million. If you are interested, just let us know. Then, after we sign a non-disclosure agreement, we will share with you all the internal analyses we have done to support our conclusions in this report.

Well, that’s the end of part one of this story

From this story, you can see that you can value an idea, activity, or revenue for early-stage companies. Ideas have value if the market size is massive and there is a reasonably high probability of success. Activity has value, particularly activity related to customers. This value derives from the fact that eventually, those users can be converted into paying customers. And that’s when revenue starts rolling in.

Well, that’s a wrap. To Dan and all other listeners out there, this is my answer about how you could value a startup, especially if there is no revenue. Let me know if you have any questions (I now realize need to write part two of this story soon.)