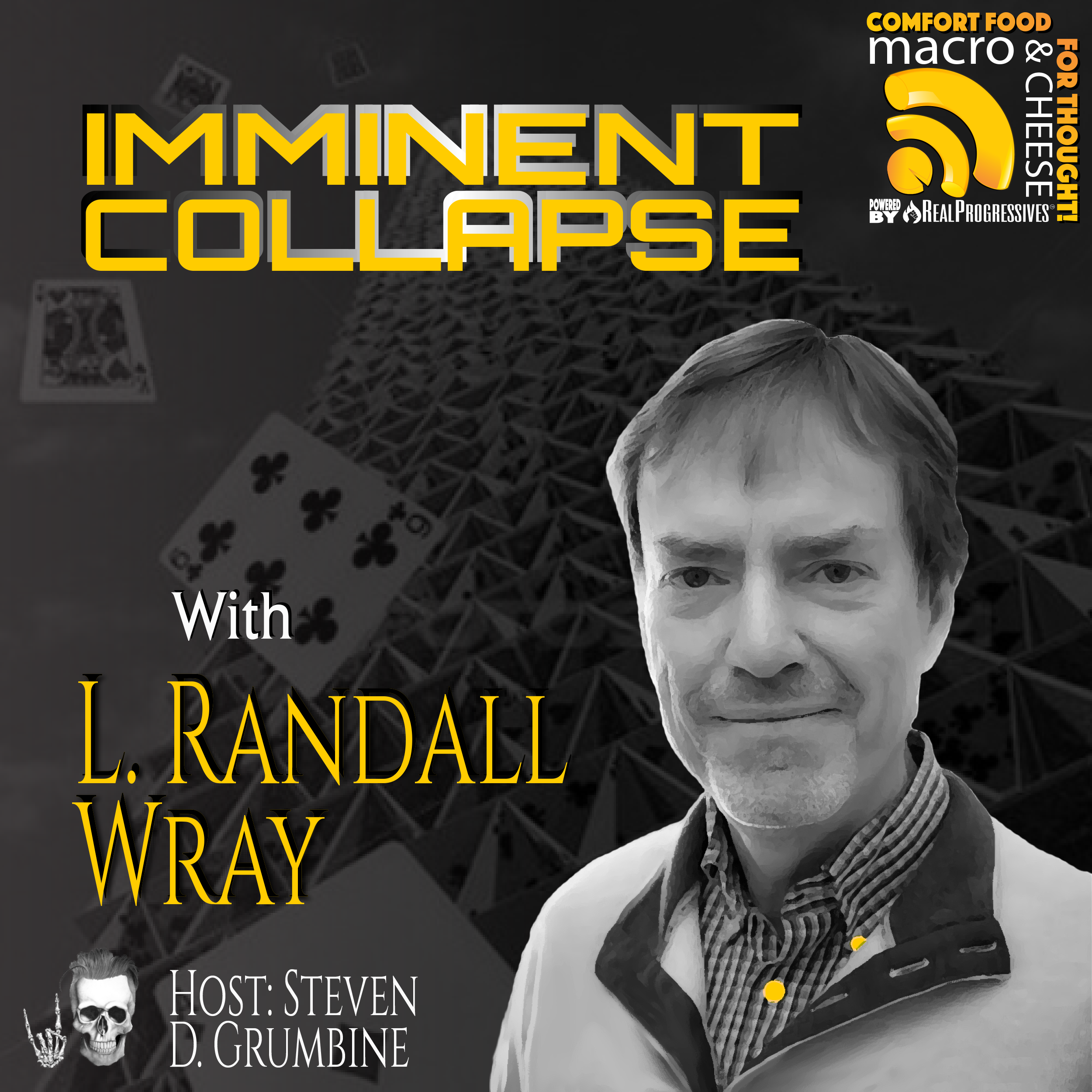 This week, Randy Wray joins us for his fifth Macro N Cheese episode. As always, he brings loads of useful insights and factual information, both historical and of the moment.

While cable news and Democratic social media are jubilant with the ouster of Donald Trump, we know it’s a hollow victory. There’s nothing to celebrate. Randy and Steve look at the sobering facts. We stand on the precipice of country-wide evictions and mortgage foreclosures. Many jobs and businesses are lost forever. The optimists among us keep looking for signs, but at every turn, we’re confronted with evidence that the incoming administration has no intention of meeting the challenges.

In normal times (pre-pandemic), our paychecks are gobbled up by rent, health care, utility bills, and debt, debt, debt - leaving very little, if any, discretionary income. Now we’re faced with overdue rents and mortgages, overdue electrical, gas, and water bills. Student loans, car loans, and credit card debt haven’t gone away, and there’s no help in sight. Whatever relief numbers have been floated in Washington are woefully inadequate. Just like the Obama stimulus, our lawmakers are too timid to extend relief past the trillion-dollar line. Big numbers are so frightening!

When the global financial crisis hit, instead of punishing the financial institutions, the Obama administration ramped up the moral hazard by rewarding bad behavior, thereby guaranteeing it would continue unabated. So financial institutions went back to doing what they had been doing in the run-up to 2007. Since then, their behavior has gotten worse and financial fragility has grown. Randy refers to the theory of his professor, Hyman Minsky, to explain the trend.

When we look at government response to the pandemic, most of the focus goes to the individual relief checks. What tends to be ignored are the preemptive bailouts of financial institutions. Before they actually experienced a crisis, we began funneling funds to them, leading the mainstream press to marvel that despite record unemployment and a disastrous economy, the stock market keeps going up. It’s a miracle!

Randy says it’s hard to make forecasts about the real depths of the economic crisis because of the uncertainty of the pandemic.

This episode covers a lot of ground, like PAYGO and healthcare. Steve and Randy discuss the double disadvantage American workers face -- the low rate of unionization leaves them without representation on the job, and the lack of a US Labor Party means no representation in Washington. They talk about the Panama Papers and make an interesting case about inefficiency created through legal tax avoidance and illegal tax evasion. They look at the way the pandemic has exposed weaknesses in global supply chains and whether this might lead to changes in the way production is organized.

As liberals celebrate the Biden administration bringing us back into the international community’s efforts to address climate change, Randy offers a unique caution,

Remember the Democratic convention last time around? ...I was surprised to find out that Russia and China were enemies of the United States, according to the Democratic Party.

Building up to another Cold War contributes to the climate catastrophe, even if we don’t use the weapons and it is, of course, the opposite of cooperation. That just might be as scary as the climate crisis we face.

L. Randall Wray is a Professor of Economics at Bard College and Senior Scholar at the Levy Economics