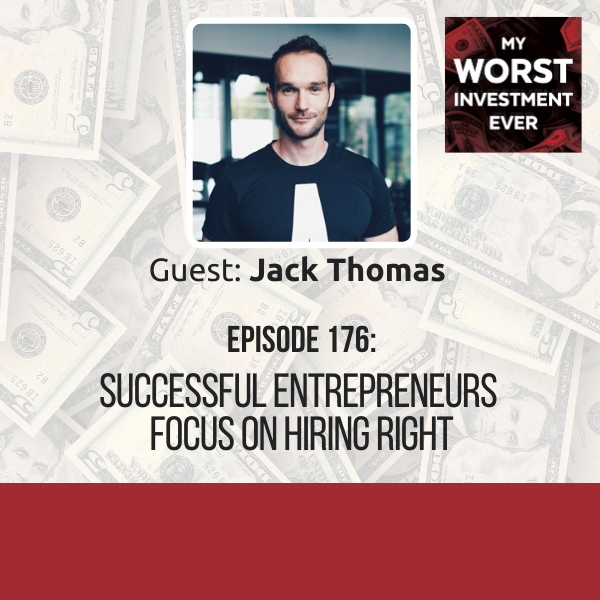 Jack Thomas is the founder and CEO of BASE, which was voted as Asia's Gym of the Year 2018 at the Fitness Best Awards. With eight years of experience in Asia's fitness industry, he runs a multiple seven-figure fitness business in Bangkok with a team of over 30 coaches.

“If you do the right things during the recruitment process and probation period, by the end of that, you should really know if they're the right fit for your company or not.”

The difficulty of launching a business

Jack admitted that the first six months after they opened in August 2016 was the toughest. Although he had experience in running a business, launching one was different. He said that not focusing properly in sales and marketing was his biggest regret. Instead of consulting marketing agencies, they decided to do it internally.

With little knowledge in sales and marketing, he interviewed someone who he thought was the right person for the job.

Bringing in the wrong people

One moment he was launching a business, the next thing Jack knew, he hit rock bottom. Yes, he had clients coming in and did some free trial runs but they were never converted to fully-paying clients.

The manager he hired whose job was to introduce packages that catered to their clients’ needs was letting these clients walk out the door without offering them products of the gym. It was not until they were pretty low on funds that Jack discovered how wrong that person was for the job.

Tidy up your recruitment process

Every time something goes right or something goes wrong, look back, and analyze what went right and what went wrong. Incorporate the things you have learned when updating your recruitment process to make things better later.

Get people who are excited with sales

If they are allergic to sales and they do not want to do it, it's going to be hard to turn that person around.

Don't tell your employees that the products will sell itself

When your employees stop selling and expect your products to do all the work, sales don’t happen.

A lot of people call entrepreneurs risk-takers, but truthfully, they're risk managers. It is important to manage risks so carefully especially if you have a very limited amount of resources.

The beginning stage is not the right time to take risks

When you're in the beginning stage or the vulnerable stage of your business, it's not the time to take risks on your staff. You've got to get someone experienced in that line of business.

The role of intuition

Always listen to your intuition and don't be afraid to raise its voice and follow it.

Nail your recruitment process and use the probation period well.

Jack is now focusing on building new technology called Baseline that will help people record their fitness results as they go through a group fitness class. In the next couple of months, he is looking forward to launching Baseline in Singapore.