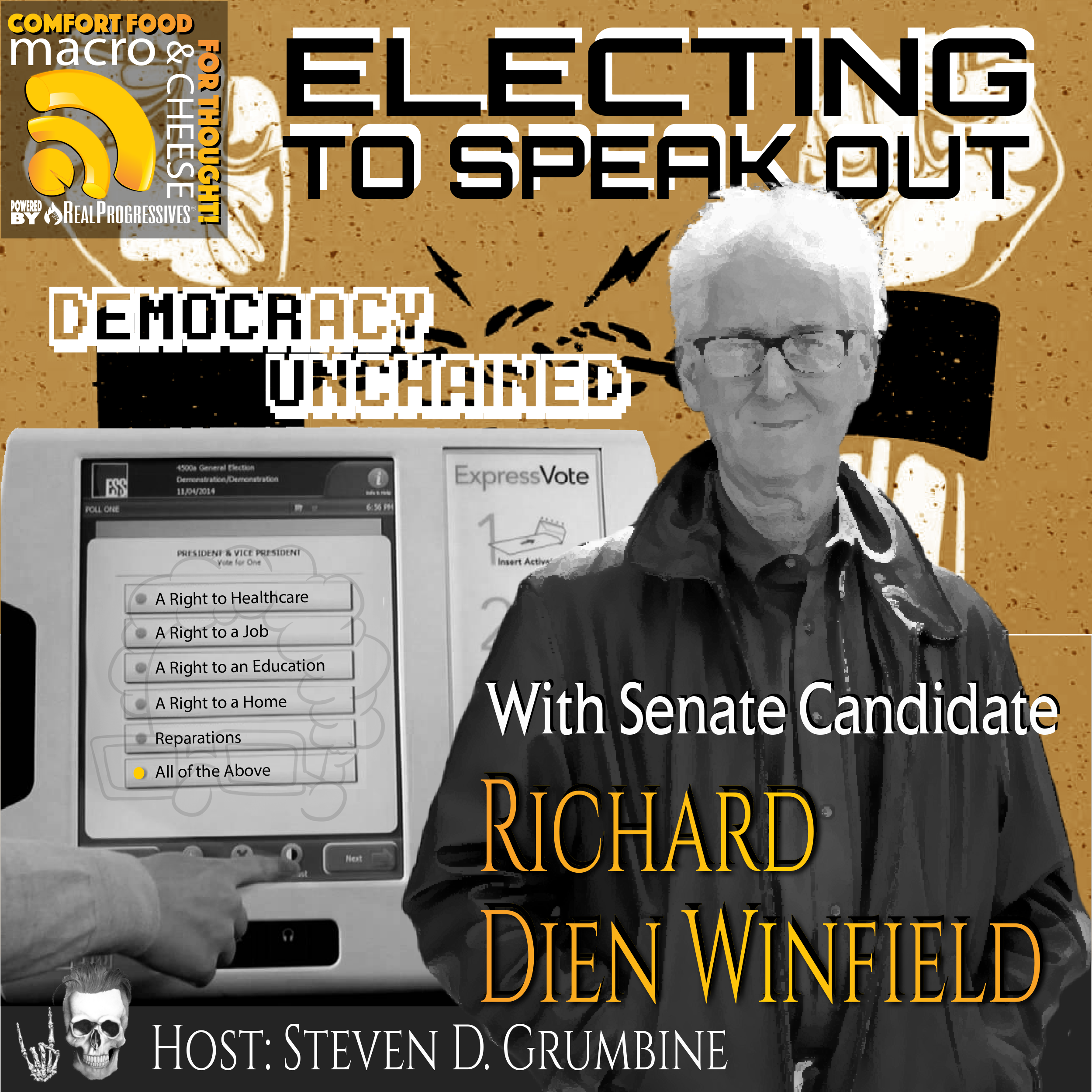 This week we welcome Richard Dien Winfield, a rare candidate for national office who is running on the Federal Job Guarantee and Medicare for All. It’s no surprise, then, that Richard is fully onboard with Modern Monetary Theory and spoke at the MMT Conference in Stonybrook last September. Steve talks with him about his new book, Democracy Unchained: How We Should Fulfill Our Social Rights and Save Self-Government, and the platform for his current campaign.

Richard is running in Georgia’s special election for the US Senate. His campaign is founded on correcting the failure to recognize and enforce our social rights, which he sees as the key to remedy blockages of opportunity that hobble our democracy. Throughout this interview, he frequently returns to the concept of social rights as the rights that are not in our constitution but should be. These include the right to a decent livelihood, healthcare, education at all levels, the right to balance work and family, and to level the playing field between employer and employee.

Martin Luther King said that without a job and income, one can have neither life, liberty, nor the opportunity to pursue happiness. Richard eloquently connects the dots between our social rights, demonstrating their interdependence. How can you solve homelessness without a job guarantee, which will require a higher minimum wage than the $15-an-hour we normally hear about. The job guarantee would, of course, include full benefits of pension and healthcare -- though we wouldn’t need the latter if we had Medicare for All, which is another necessary social right: without health, we can’t exercise our freedoms.

There are two exacerbating factors disempowering employees. The first is globalization and free trade, due to the ease with which companies can find the lowest wages and relocate. The second factor is the rise of the gig economy. Employers can use technological advancements so that workers are on their own and scattered around the globe; the employer doesn’t have to provide overhead or face worker solidarity.

Richard describes the UBI as setting up a 2-tiered society: those condemned to the poverty income of the UBI alone, and those who receive the UBI plus wages from their jobs. Instead of eliminating economic disadvantage, it sanctions it.

Considering the threat of fascism, we look again to an FJG. For all the praise given to the social democracies of northern Europe, the fact that they don't have a job guarantee has left them vulnerable to the kind of xenophobia and bigotry that has caused workers in other countries to vote for extreme right-wingers. When there aren't enough jobs, a wave of immigrants is seen as a threat. Universal healthcare and generous unemployment insurance do not replace the need for jobs.

Richard and Steve go through all the social rights in depth and, sometimes, from a new angle. Listeners will hear something they might not have considered about racism, sexual harassment, unionization, corporate compensation, reparations, the needs of families, and much more. Have you ever heard a candidate demanding legal care for all? Listen to the episode!

Richard Dien Winfield is an American philosopher and Distinguished Research Professor of Philosophy at the University of Georgia. He has supported striking workers, organized sugarcane laborers, and joined unionizing efforts at UGA. Winfield was a candidate for U.S. Representative from Georgia's 10th Congressional District in 2018 and has declared his candidacy for the 2020 United States Senate special election in Georgia.