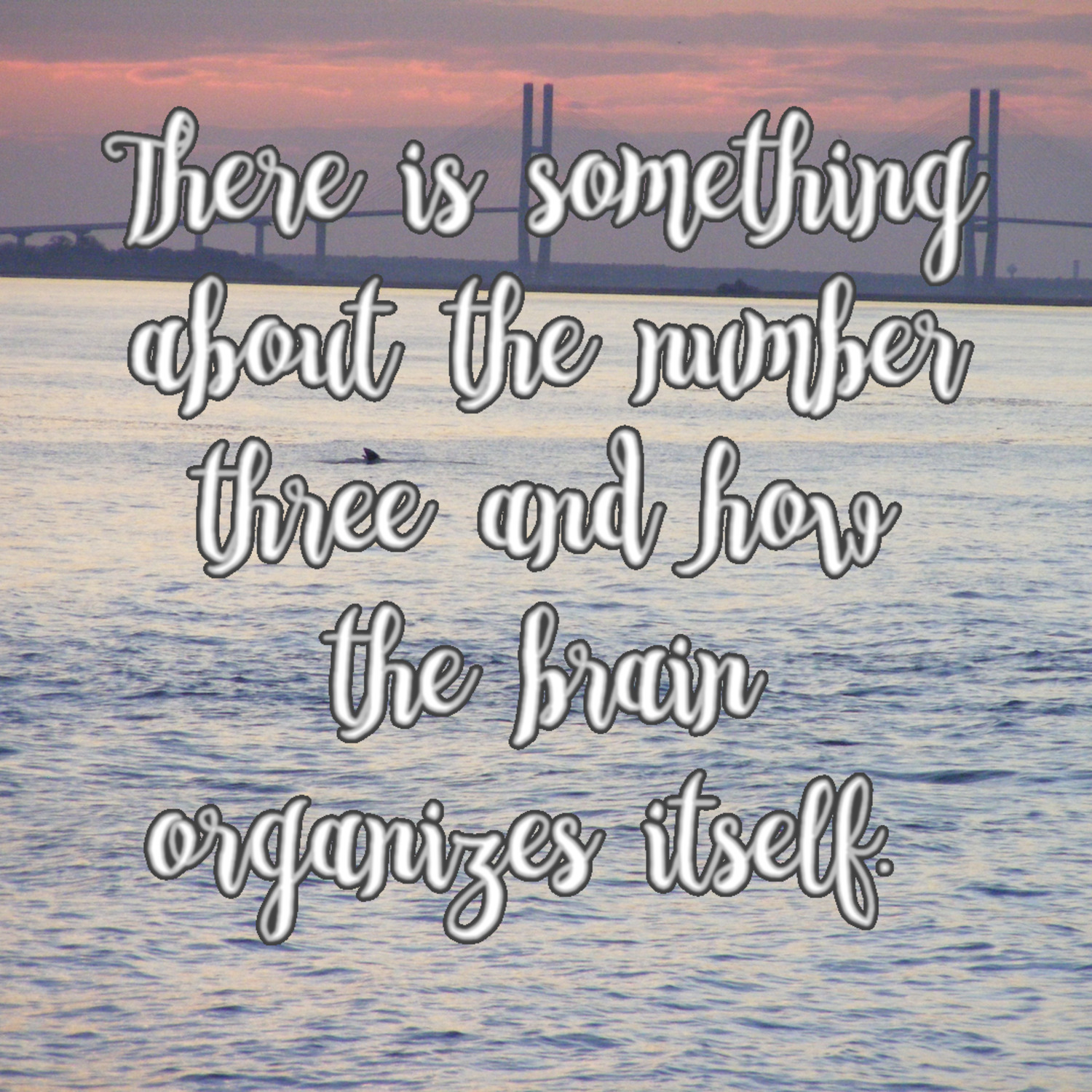 One comedy technique that relies on mental imagery is the comic triple. Here, you basically describe something using three adjectives, two positive, and one highly negative, in that order. Alternatively, X, Y, and opposite of X and Y. We generally expect a third related adjective after two consecutive ones, but an unrelated descriptor completely throws our audience off. The comic triple works because of the misdirection and surprise.

The comic triple is one of the easiest and most recognizable jokes in the world.

You may not realize it, but you’ve heard the comic triple many, many times in your life. It’s about time to learn how to use it effectively!

Before we dive into the mechanics and steps, here’s a quick example of the comic triple.

You know what my favorite part about coffee is? The energy boost, the aroma, and the yellowing effect on your teeth.

The comic triple draws its power from the fact that people have been conditioned in many ways to process information and take significance in groups of threes.

Think about where this pattern of threes exists in our lives. It’s everywhere.

The Three Little Pigs. Newton’s three laws of physics. Goldilocks and the Three Bears. The three parts of a joke. The three phases of a story. Destiny’s Child. Charlie’s Angels. Kirk, Spock and Dr. McCoy. The Three Stooges. The Holy Trinity.

There is something about the number three and how the brain organizes itself.

Once you start looking, you’ll see it everywhere. For good reason, it’s also the method management experts use to most effectively teach and disseminate information. For example, notable leadership expert Kevin Kruse is known for only giving people three pieces of information at a time. This way, people can maintain their focus and not get distracted. Some argue that if you can’t boil something down to three main points, it’s not an inherently sound argument.

You can even put it this way: the human brain is certainly capable of retaining more, but for greatest impact, comedic or not, three works best.

That is the background for why this technique is indeed the comic triple.

When you make any type of list, you build an expectation that you’ll be enhancing the sentiment, and using the list to emphasize one point overall. People expect only one direct line of thinking.

The comic triple surprises people because where they might expect a list to contain only one sentiment, the comic triple contains two, and the two sentiments couldn’t be more different.

The first two elements are something expected and in line with each other. They are relevant to each other and flow naturally; the third is what springs the surprise on the listener. The tension of the buildup is released, and the surprise makes people laugh. Again, what makes this work is the surprising and unexpected nature of the third element.

Let’s bring this out of the abstract and into the concrete for a moment: the first two elements will be positive, and the last element will be negative, or vice versa. Now we can continue with less confusion.

One famous example of the comic triple is from Mark Twain, made in reference to government data and how to analyze it: “There are lies, damned lies, and statistics.”

Everyone hates being lied to. We are outraged when people in government, or those taking advantage of the government’s influence, lie to benefit themselves. We’re so outraged that we go along with the “damned lies” part because it’s more of the same insidious manipulation of the public. We’re enraged. We expect the last part of this list to build to the epiphany of corruption with something like, “The lies that make you unable to sleep at night.”

Instead, we’re thrown for a complete loop when Twain mentions statistics. Statistics are the opposite of lying, assuming they are not being manipulated or faked. People instinctively trust statistics. Therefore, this is the exact opposite sentiment of the first two elements of Twain’s triple.

Here’s another example of a comic triple from comedian Chris Rock: “There are only three things women need in life: food, water, and compliments.”

That quote is funny because food and water go together. The sentiment is simply based on sustenance and basic human needs. Usually, when people say you only need three things to survive, the third element people are probably anticipating is air or shelter.

Chris Rock dashes your sense of anticipation and expectation by completing the triple with “compliments,” which is a small jab at women, as well as the opposite sentiment of a basic human need.

In the TV show The Big Bang Theory, the character Sheldon Cooper also delivered a comic triple while he chewed on a lamb kebab: “And what a civilization is the Greeks’…They gave us science, democracy…and little cubes of charred meat that taste like sweat!”

The first two Greek contributions he mentioned, science and democracy, are both positive. He then followed up with a negative comment on Greek food, which cued a holler from the audience as it was an unexpected twist from the positive line of thought.

Here is another example from comedian Jon Stewart, former host of The Daily Show: “I celebrated Thanksgiving in an old-fashioned way. I invited everyone in the neighborhood to my house, we had an enormous feast, and then I killed them and took their land.”

Two positives and one negative. Are we seeing the pattern yet?

Jon Stewart is making fun of the history of Native Americans and European settlers in the United States. When the first English settlers came to New England they had such a tough time that they almost starved to death. It was only when Native Americans showed them how to pick the right berries, prepare the right food, and otherwise survive in that new environment that they were able to raise enough food and the colony survived.

How do you make the comic triple work for you?

Step one: think of your topic or theme.

This can be pretty much anything that has two contrasting features. Most things have at least one positive quality, and one that is either negative or can be exaggerated in a way that makes for a good contrast with the positive quality. As we’ve seen, it can be different foods, genders, occasions, etc. For this example, we’ll use the theme of coffee.

List two things that are related to coffee in positive or negative ways.

For example, being energetic, waking up, having a routine, the aroma; these are generally positive descriptors that you might think about when you think of coffee. Keep in mind that these are things that everyone agrees are good about coffee. Not everyone might agree that taste is a positive descriptor for coffee, but aroma and energy are traits most will agree with.

So what’s negative about coffee? This sets up the contrast. Stained teeth, being over-caffeinated, drug cartels, addiction, and spilling it on white clothing.

Step four: put it all together.

“I have coffee every morning. I love the aroma, how it wakes me up, and how I always seem to spill it on my white shirts.”

Do you see how the anticipation and expectation builds through the first two elements, and then is completely reversed in the last element?

Here’s another example now that we’ve gone through the process once. This time, we’ll deconstruct a completed comic triple: “I love everything about her. Her smile, her sense of style, and how she never has any clue where she wants to go for dinner.”

You take a person, and start with two positives, then you reverse the emotion and go negative.

Don’t expect to hit a home run the first time you step up to the plate with this comedic approach. It can be mastered after a bit of practice. Keep it simple, and try to think in black and white and negative and positive terms.

Once you get good at the comic triple, you’ll be able to assemble it on the fly. That’s one of the best parts—you can list two positive aspects while brainstorming for the third, negative aspect, all spontaneously.