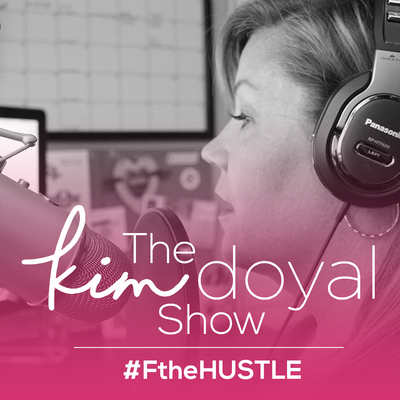 Creating the Runway for a Successful Offer

I’ve been thinking about this a lot lately as I get closer to launching a community of my own. I think we all have experiences of launching something and it doesn’t do as well as we had hoped.

We plan for it, we create the thing, and we get ready to start marketing it.

Then when the time comes to release our offer to our audience it falls flat (or at least doesn’t do what we had hoped it would.

I want to go deeper into this today because I’ve experienced both sides of the coin.

It also fits nicely with my #FtheHustle movement because doing better work should lead to less hustle and greater rewards.

What makes me most excited about this is it’s opened my eyes to a completely different (and more deliberate) marketing strategy which, if done intentionally, will always work.

Before I dig into creating the runway, I want to be clear that what I’m referring to is more like setting the stage and being in alignment.

As an example, when Jodi and launched the Content Creators Planner it wasn’t out of left field for me to be creating a physical planner for developing a content strategy. I had started the Content Creators group on Facebook two years prior, had been talking about content and content marketing, and was living by my #EverythingIsContent motto.

Creating and selling the Content Creators Planner was completely in alignment with how I had been showing up.

The time it took from our initial conversation about creating the planner together and launching it to the world was only four months.

It was a pretty crazy four months, but we did it. So even though that window was small, people were already used to hearing me talk about content marketing.

As soon as we had a logo and initial pages drafted, we started sharing it.

This is why it worked.

We went from a failed Kickstarter to a presale on our own website the week after Christmas (and announced the presale on New Year’s Eve) and successfully funded the production. We didn’t have the planner in our hands until March but people had been on the journey with us for months already…

They were perfectly happy because they knew we were invested in getting our creation into their hands.

This isn’t only about the launch of your product/service/offer. It’s making sure that when you’re ready to market your offer it’s in complete alignment with what you’ve been doing and how you’ve been showing up.

This is something I’ve been doing for as long as I can remember, but it wasn’t as intentional as it is today.

This is where the magic happens.

Because you’re allowing yourself the space and consistency to be in alignment with what you’re doing, you can easily test the market for validation on offers.

So as an example: I have a friend who is in my Email Insiders VIP group right now (I’m running another group very soon). She does social media marketing for clients and is very active on these platforms.

She doesn’t just create images and accompanying text and then schedule it, she digs deeper into what is working for the different platforms and tests/tweaks engagement.

I was saying that I think Twitter threads would be a great way to share the newsletter every week because I could tag people I was mentioning and referencing in the newsletter on Twitter and that the segments of the newsletter could make for unique tweets.

She loved the idea, talked about what she knew about Twitter threads, and encouraged me to test it.

My first thought was to ask her if she’d be interested in doing a paid workshop on Twitter threads for my audience.

Naturally, she said yes, but this is a perfect example that she’s in alignment and has created the runway for making this offer.

This is where the magic happens.

You can put out a one-time workshop, webinar, paid ebook, or training without worrying about whether or not it’s something your audience wants from you. If you’ve gotten engagement and feedback from what you’ve been sharing all along it will sell (how well depends on the offer itself and how you’ve positioned it, but you get my point).

Timeline for Creating the Runway

I truly believe there’s no such thing as too soon to start talking about what you’re doing.

Even if you’re just getting started, you need to be clear on the following things:

And for what it’s worth, think of these things as ever-evolving. The deeper you go with people the more you’ll learn. The more you learn the better your message becomes and the easier it is to sell your offers because you’re giving people exactly what they want.

The timeline will depend on what it is you want to offer.

The higher the price point the longer the runway.

A couple of years ago I purchased Ramit Sethi’s “Breakthrough Launch” product. I’m a fan of Ramit’s work: his book, his content, and his courses.

This was the first in-depth course of his I had purchased (I bought two smaller ones) and knew I wasn’t going to need it right away but wanted to get it when it opened up again (I just double-checked and there’s a waitlist for this course right now).

Besides needing the course for myself (even though it works the traditional ‘Product Launch Formula’ by Jeff Walker felt tired to me, so I was thrilled when I saw them release this), there was a very specific reason I purchased this course.

Meaning, if you buy his ‘Behind the Sales Email’ course you’re going to understand the psychology of why certain emails work, when to send them, and what makes people buy.

Back to Breakthrough Launch.

At least a year before they released it, they sent out an email asking how people felt about launches.

I responded with a little more in-depth reply about the Product Launch Formula (and again, I have nothing against Jeff Walker, I’ve read the PLF book, purchased the first or second version of that program and just downloaded the updated audible version of the PLF book. I simply wanted something different) and got a response back.

I had a few exchanges with someone on Ramit’s team and then they asked if I would be willing to give some feedback on what they were working on.

They sent me a Google doc of part of the first module and I was blown away.

So a full year later when Breakthrough Launch was released I knew it was going to be good. Not only had I gotten a taste of it but I knew they had been working on it for over a year.

This doesn’t mean you have to work on something for a year before you release it.

It simply means you need to let people know you’re working on something and what kind of transformation they’ll get when they invest in you and your product.

When to start sharing: as soon as possible.

I don’t know if I’m a glutton for punishment or it’s a way I keep myself accountable, but as soon as I put it out there that I’m working on something it motivates me to keep going and get it done.

I LOVE the ‘build in public’ side of content.

People like to feel a part of something, so when you’re sharing with them what you’re working on, how it’s progressing, and when they can get their hands on it? They have an emotional investment in you and what you’re offering.

Here are some specific things you can do:

Whatever you do, try to be consistent with it.

This is one of the reasons I love newsletters so much (and podcasts, not that I’ve been consistent with my podcast lately… more on that in another episode).

It’s such an easy way to stay in communication with your audience and create content.

If you’re not used to writing it might feel a little hard at first, but it’s a great way to dip your toes into writing more often and getting better at what you do.

I recently listened to a podcast episode by Brandon Lucero where he broke down his recent launch where he did 1.2 million in 9 months with a brand new program.

It’s a great episode and is what inspired this podcast episode.

He started running ads and educating his audience months before he launched his new program.

Don’t cheat yourself out of the process

If I only knew back then what I know now.

Bein in a rush to get something out the door so you can make money never, ever, ever, works.

If you want to get something out the door to get validation and are 100% committed to the people you serve?

I did this with Email Insiders VIP and it’s been a wonderful experience.

I’ve given a lot of my personal time to one-on-one calls, email support, support through Voxer, etc. because the people that signed on were my ‘pilot program’ students.

Every single conversation has been invaluable.

Giving as much time as I have isn’t necessarily sustainable, but it’s helped me learn how I can incorporate foundational training to that program in addition to the live calls.

I put this offer out with email only.

I didn’t have a landing page or complicated sales funnel set up. I emailed my lists, asked if they wanted my personal help, and did individual calls with each person that signed up.

I knew I was committed to the process and my students have felt that.

Now with the data I have, I can continue to fine-tune this program and make it even better (and the original pilot program group will get lifetime access to any cohort I run).

You can take your time with the work you’re doing while still having goals and deadlines.

I promise you the journey and the reward will be that much sweeter.