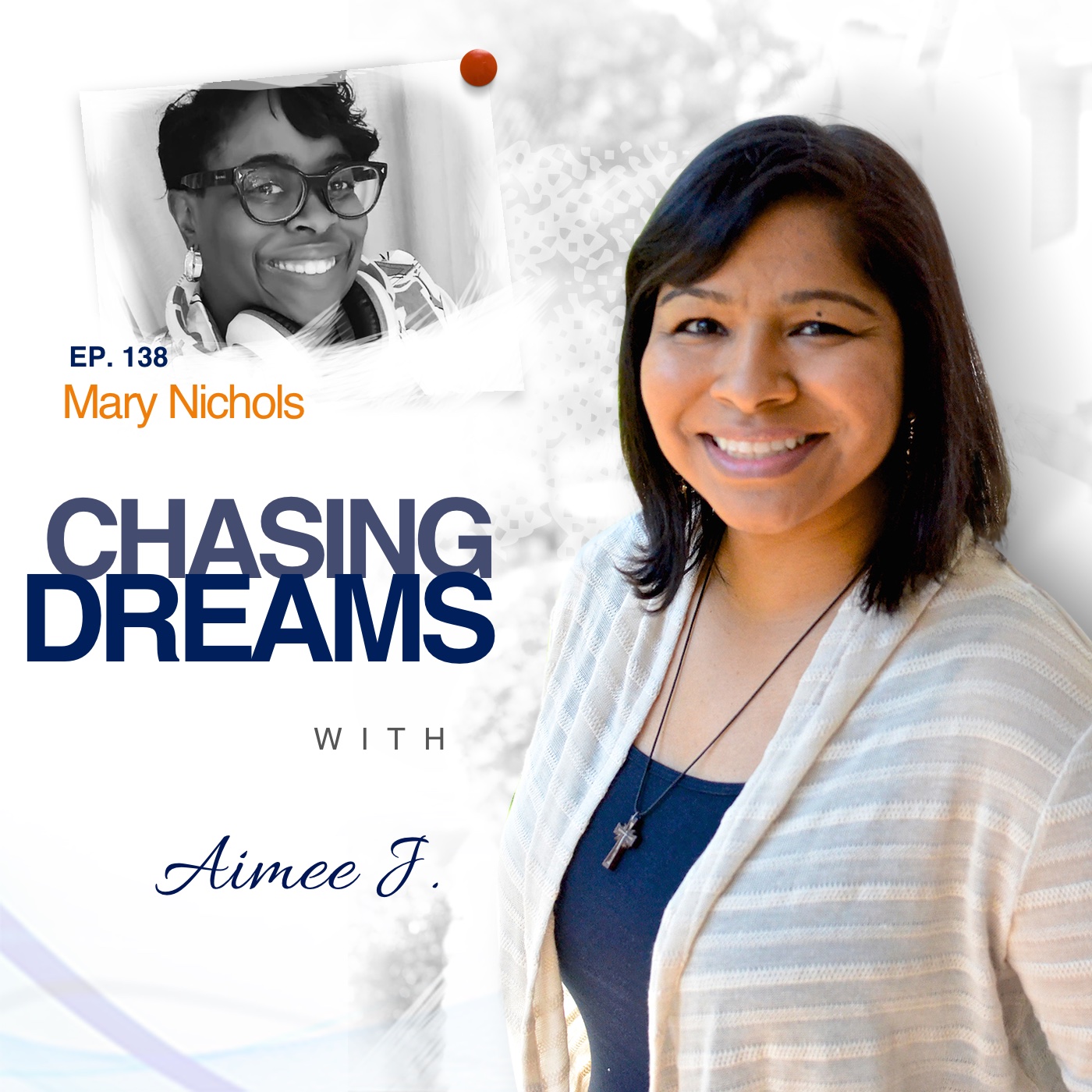 Along with her co-host, fellow mix DJ and business partner, Ausar Ra Black Hawk, DJ Fusion says the weekly radio show and podcast exist to bring the balance back to black radio. They focus on bringing a diverse mix of independent and mainstream black music, like Hip-Hop, Soul, Jazz, Reggae, Rock, Funk, House and more from all over the world, along with relevant commentary, news, and guest interviews for the international listening masses.

From its original roots, the FuseBox Radio Broadcast has spread to over 25+ websites, FM and internet radio stations and podcast distribution channels.

More than 20 years of chasing dreams

When did you find your dream? For Mary, she didn’t know when she started working the 12-2 am shift at her college radio station that the radio lifestyle would become her passion. Growing up, any extra money she had would be spent on music and books, but she never realized how much music would become a huge part of her life!  Now, she has hosted the radio show for 20 years and the podcast for 12 years. She never aspired to be a media personality, and even describes herself as shy until she gets to know someone. Nevertheless, she has found the dream that she never plans to give up. It began with rudimentary technology and has blossomed to give her a worldwide audience.

TWEET: “I have found the dream that I never plan on giving up!” @fuseboxradio #chasingdreams

The show, politics, and unexpected opportunities

How can you help others find their voice? Mary has done this through helping independent artists become mainstream, and her podcast has revealed interesting career trajectories for some of her featured artists. The show has also given voice to different political parties and their platforms, when they weren’t being heard through major news media. The show even survived the political turmoil of the 2016 election season, and listeners have appreciated the honest transparency of the show, as evidenced by the positive feedback. Mary says that even when she faced personal difficulties, the show became a constant and has given her unexpected opportunities that she never could have imagined.

TWEET: “Opportunities I would never have imagined have come from my show!” @fuseboxradio #chasingdreams

A passionate side hustle

Why put in the extra work for a radio show and podcast? This isn’t even her full-time job, but doing the radio show and podcast are things DJ Fusion is passionate about and absolutely loves doing. “If I could make the money I need with the show, I’d quit my 9-5 job tomorrow!” Of course, the supplemental income from any side hustle is nice, but when you are passionate about a constructive activity, then you don’t mind doing the extra work. Mary says she can’t ever see a time when she isn’t doing the show and has no plans to give it up. She says the work she does “feels awesome, has expanded my viewpoint of life and brings so much good to my life.”

TWEET: “Don’t expect everything to work out in the beginning.” @fuseboxradio #chasingdreams

Guest Recommendation: ONE action for a dream chaser to take--”Don’t expect everything to work out in the beginning.”

TWEET: “If we could make the money we need doing what we’re passionate about, then most of us would quit our 9-5 job tomorrow.” @fuseboxradio #chasingdreams

TWEET: “Stay focused on what YOU are doing. You don’t know the journey someone else is on.” @fuseboxradio #chasingdreams

TWEET: “The radio lifestyle became a regular part of my life.” @fuseboxradio #chasingdreams

TWEET: “Podcasting is unique and special because it’s literally “you being you, in your best form.” @fuseboxradio #chasingdreams