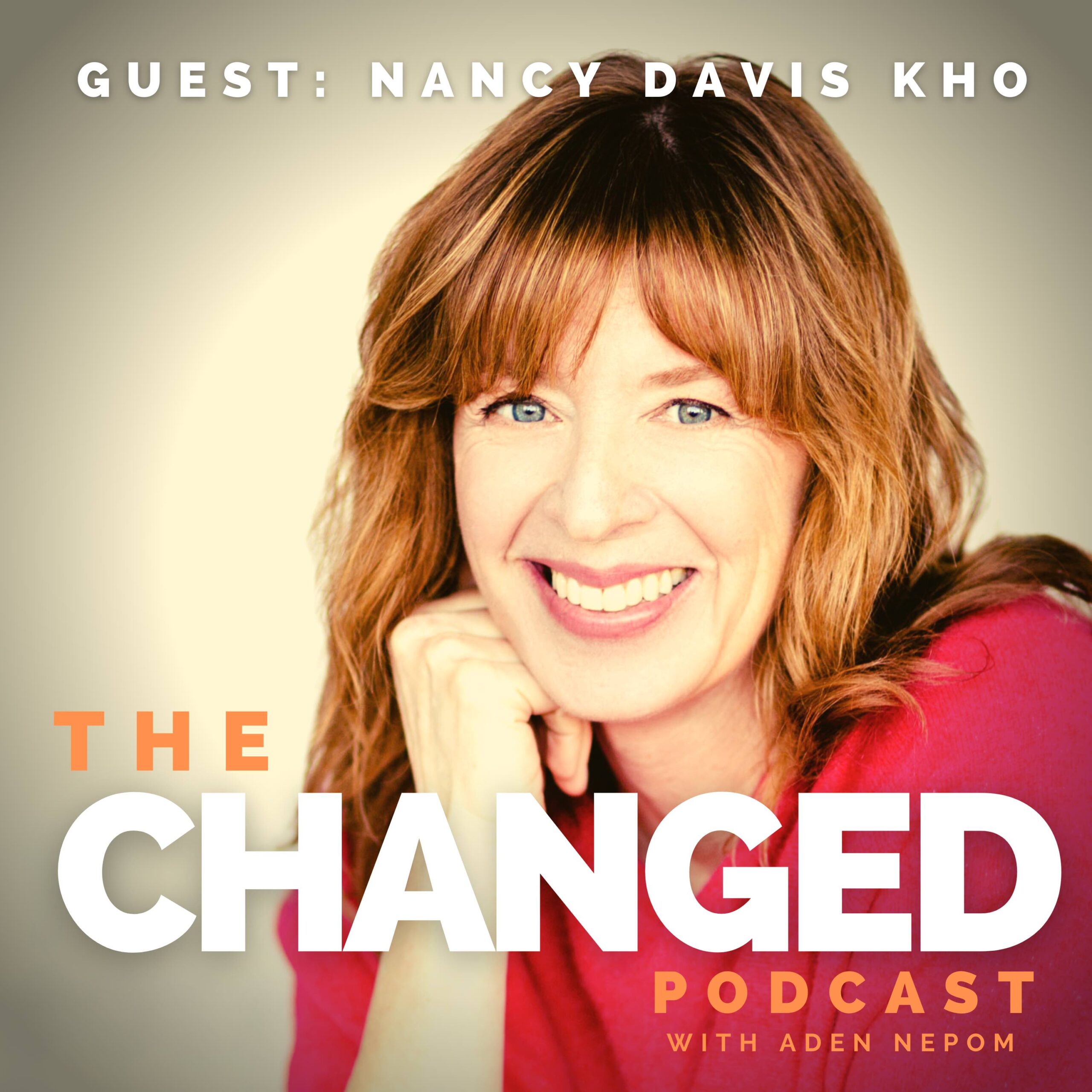 This episode is not just the 50th episode of this podcast (WOW!), but it also brings to a close an amazing second season of this show.  What better guest than Nancy Davis Kho, host of the Midlife Mixtape Podcast, and author of the book: The Thank You Project, Cultivating Happiness One Letter of Gratitude at a Time.

Nancy Davis Kho is a speaker, author, and podcaster whose work has appeared in the Washington Post, San Francisco Chronicle, and NPR affiliate KQED. Nancy is also the author of the book THE THANK-YOU PROJECT: Cultivating Happiness One Letter of Gratitude at a Time published by Running Press.

Nancy has also been both champion and judge in the acclaimed international comedy-lit improv show, Literary Death Match! More on Nancy can be found on her website, at www.DavisKho.com.

And for the 50th episode of The Changed Podcast, which also brings to an end the second season of the show, I could not think of a better guest than Nancy Davis Kho!

I like to think that I express my gratitude often and well, but Nancy has dug deeper than arguably the majority of us, and certainly far deeper than I have, producing 50 separate thank you letters, not just to people but to places, and whole swaths of the entertainment industry that have shaped her, inspired her and helped her become who she is today. Clearly, we can all learn something about saying thank you from someone who has really put in the time and effort to do so as thoroughly as Nancy Davis Kho.

What's in this episode? A few Memorable Quotes from Nancy

"I think if you haven't been tossed around a little bit, by the time you hit your 40s and 50s, you are in a very, very tiny minority. Because it's just, I mean, it's just life. Life knocks us around a little bit. And what I think is really beautiful about it is the way that it makes us more empathetic."

"Sometimes when you're going through the transformation, it's well oftentimes it's painful, you don't want to go through it, you're resistant. But midlife gives you that benefit of perspective where you can look back and say, Oh, that's why I took that job. Oh, that's why I moved to that city. That all makes sense now in retrospect."

"I didn't publish my first book till I was 52. So if you're a writer out there who has not yet had two books rejected and hit the age of 50, like, Don't worry, you're doing great. Like just hang in there, keep writing."

"As I hit the half-century mark, I was very fortunate, you know. My parents were around. Good marriage. Kids are great friends, you know, and I knew that I shouldn't take that for granted. I think by the time you hit that number, you've seen enough, you've experienced enough to know that that's not always going to be the case, it's not the case for everybody. And so it almost felt like tempting fate to not just put some gratitude about that out into the world."

"I wrote to the cities that I had lived in, I wrote to live music because, by the end, I was like nutso. I was like if I can write these and they don't have to have a mailing address... I wrote to Jane Austen, for instance, I wrote to the live music industry because I do love my concerts. But I couldn't send that anywhere. I think it's great for people to look at the things that make them who they are, and hold them up and make them interesting and vibrant and express some gratitude for that. And however and whenever they came into your life, that was a turning point. That was a change for you. So who were you before that? And who are you now that you've had that exposure to whatever it is the city, the hobby, the person, you know?

Read the rest of the transcript for Episode 50 here: That's a wrap!!

Now... it's time to get excited for a sweet mini-season brought to you by me and my new co-host... my kid!