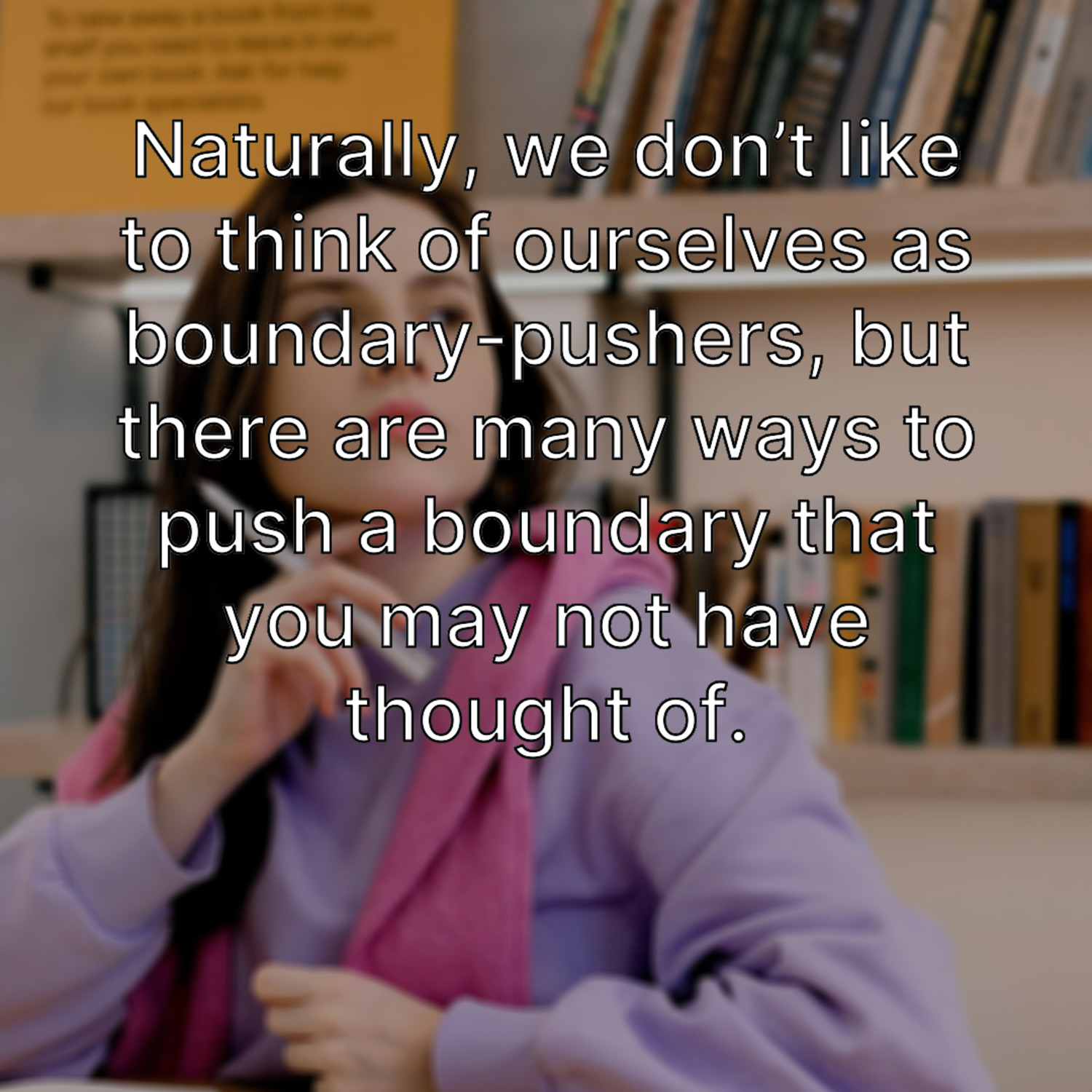 So far, we have primarily focused on the way others violate our boundaries. However, we also inevitably violate boundaries that others have. This does not necessarily make us toxic or bad individuals, but it helps to recognize our faulty behavioral patterns so that we can fix them and have healthier relationships. Identifying our own mistakes can be hard, but some examples of pushing others’ boundaries might be engaging in gossip, arriving excessively late to a meeting, sharing secrets with others despite being told not to, etc.

In this book, we’ve mostly considered all of the ways that boundaries can be too weak or too porous. We’ve also seen that boundary issues of this kind often stem from early childhood experiences that taught us faulty beliefs about the healthy way to love, connect, communicate, and be with others while maintaining a personal identity.

But we’ve also seen that no man is an island, and that boundary problems are a relational issue, pointing to the pattern of behavior and engagement we have with others—in other words, it takes two to tango. It may well be that you are a chronic people-pleaser whose sense of self is constantly invaded by others. But far more likely is that you exist in a complex network of maladaptive boundaries, where your boundary issue is really much bigger than yourself. Think of the boundary between the sand and the water on the shoreline—is it the beginning of the beach sand or the end of the ocean? Can one change the boundary without it affecting the other?

As human beings, we exist in social groups and derive much of our identity from one another. We share boundaries and, like the shoreline, these lines may well shift over time according to the needs of both. As you become more aware of your boundaries and better at understanding your own needs, you can head back into the world with a more nuanced understanding of your place in the great fabric of human connectedness.

In dysfunctional family relationships, it can be hard to determine whose pain is whose, who is responsible for what. The lines are blurred. As you improve these, however, you’re not only doing work on your own self-identity and values, but at the same time you are also saying something about the relationships you have with the people you share that boundary with. By changing the terms of engagement, you make it easier for the right people to connect with you, and make less room for the wrong people.

An underappreciated part of fixing boundary issues is turning the problem around and asking from the other side of the boundary. Do you ever violate other people’s boundaries? Everyone is keen to blow the whistle when they have been wronged, but fewer people ask how they may be wronging others. A young man’s mother might be particularly smothering, for example, putting her nose in all of his affairs and saying, “You can’t move out. Who will take care of me?” to guilt him out of his growing independence. But at the same time, the young man may be consciously or unconsciously taking advantage of his mother financially. There are many boundary violations here and they go both ways. Both mother and son have failed to set up healthy adult boundaries and take responsibility for themselves, but at the same time, both are intruding into the other’s world far more than is healthy.

Naturally, we don’t like to think of ourselves as mean boundary-pushers, but there are many subtle ways to push a boundary that you may not have thought of:

Someone is upset or angry and you hug them, even though they clearly don’t want you to. You think it’s sweet and cute, but they may feel violated.

Giving unsolicited advice, even and especially if you’re “just trying to help.”

Sharing a secret with someone when you’ve promised someone else to keep it—this violates two people’s boundaries at once.

Taking up people’s time by overstaying, demanding long conversations when they’re busy, calling late at night, etc. On the other hand, being late or canceling at the last minute has a similar effect.

Oversharing details of your life without thinking about if the other person wants to or can handle it. Sharing personal and intimate details can feel like “opening up” and being candid, but it can also put the other person on the spot.

Interrupting people when they talk.

Swooping in to solve someone’s problem for them without asking them if that’s what they want (another case of “I was only trying to help…”).

Trying to force someone to be a part of your healing process, confused as to why they don’t seem to be interested in hearing your confessions.

Being condescending or acting like your worldview is the only correct one, “explaining” things to others or offering help that is really just an insult (“I see you got a new haircut! You should have asked me for the number for my hairdresser!”).

As you can see, boundary violations are not just about being an abusive jerk or very obviously insulting or hurting someone. The fact is, we’ve all probably overstepped the mark at some point or another. Part of learning about our own boundaries entails becoming more sensitive to and able to detect the boundaries of others. Respect is a reciprocal thing—the more we respect ourselves, the easier it is for us to respect others.

When you consider other people fully, you start to get a three-dimensional picture of exactly why boundaries are so important: they help us stay connected to one another in optimal ways, serving and helping one another, but also staying separate enough to maintain our agency, free will, and unique identities.

Negotiating boundaries is a lifetime’s work, but it’s always a balancing act between your boundaries and everyone else’s (yes, they are entitled to them just as you are to yours!). It’s a balance between self-respect and respect for others, between your needs and theirs. It’s a constant dance between self and other, between give and take. If we manage it right, we get to be fulfilled and autonomous individuals and enjoy closeness and intimacy with others. Get it wrong and we enjoy neither.

Mutual respect and acknowledgment is like understanding that the shoreline belongs both to the ocean and to the beach. There are always ways for compassionate, conscious people to meet their different needs together. The healthy boundary is the one that helps you find that way.

You matter AND they matter.

You get what you want AND they get what they want.