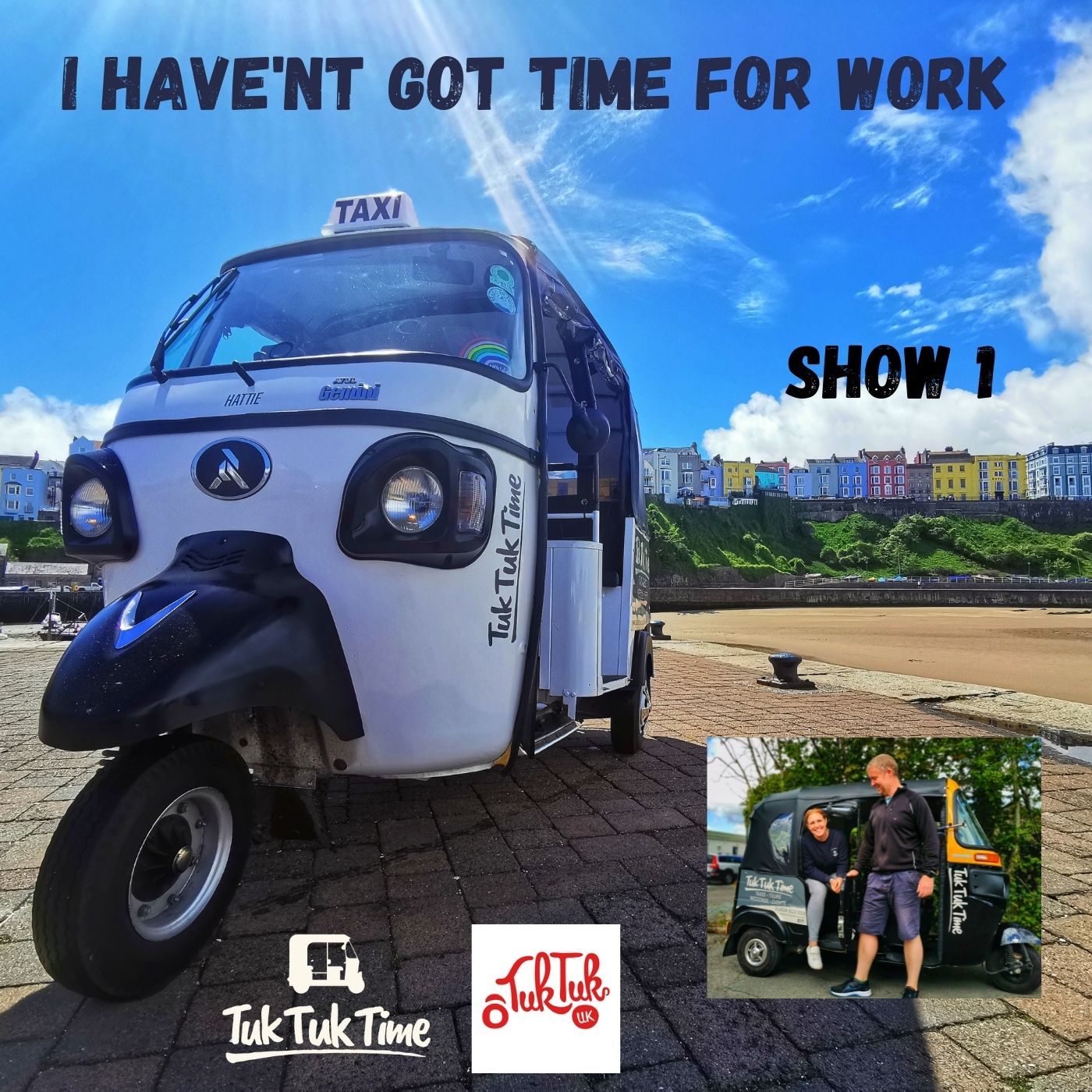 . hello and welcome to i havnt got time to work . a look at my first month staying at buttles caravan park and being a tuktuk chauffeur for tuktuktime .

my first month has ended with a 2 day storm with gale force 8 winds and torraintial rain. over night weve been absolutly battered .

im not sure the amount of rain weve had in may is normal even for wales . its been cold as well . come on wheres the summer

so whats been happening ?

first i had to learn where i was going. the tuks mainly operate betwwen saunderfoot Tenby Amroth and wiseman bridge . all really lovely places . the terraine shall we say is lumpy lots of 16% percent hills makeing cycling challenging.its probely why the welsh edition of iron is held here. they say its the most challenging route anywhere in the world

Amroth is furthest east looking out over carmathern bay its the start or end of the 186 mile pembrokeshire coastle path . i will be heading over to st dogmeals the other end some time this summer

head a mile and a half west and you arrive at wisemans bridge . durning the war winston churchill looked on from shore to view the practice landings for dday. theres a shop and caravan park and a rather nice pub called the wisemans arms. we pick up quite a few people from there are a pint or three

carry on 2 miles and you arrive in saundersfoot. there used to be a tramway connecting the two places in 19th century to bring the iron ore down from the mines to the quay in saundersfoot . this export is why saunderfoot prospered and brought money to town. the old tram way is now part of coastle path . the history of saunders foot is fasicnatiog and i will be exploring this further in a futuer show.

and so to tenby

Until quite recently Tenby was known as "Little England beyond Wales" and the town remains a rather anglicised part of Wales. From the early 19th century, Tenby became a fashionable holiday destination for both the Welsh and the English, and its attractions to the holidaymaker are just as obvious today, with the fantastic beaches stretching to the north, the west, and the south of the town.

so thats enough of me lets meet 3 of my fellow tuktukchauffeurs vaughn jones, lucy paice but first justin williams a retired policeman with 30 years service . its perpared him well shall we say

finally we meet pow and josie they said in the glamping pod for a couple ,of nights at buttles . we ferred them around a little by tuk tuk of caurse between drinking dens and beautiful beachews and they spoke to me just before they left

thankyou to everyone iv met so far its been agreat first month and the second show to isnt far away . thankyou to lorraine and tony who own and run tuktuktime . i and the rest of the team really believe inyou both and this summer will be a fantastic sucess