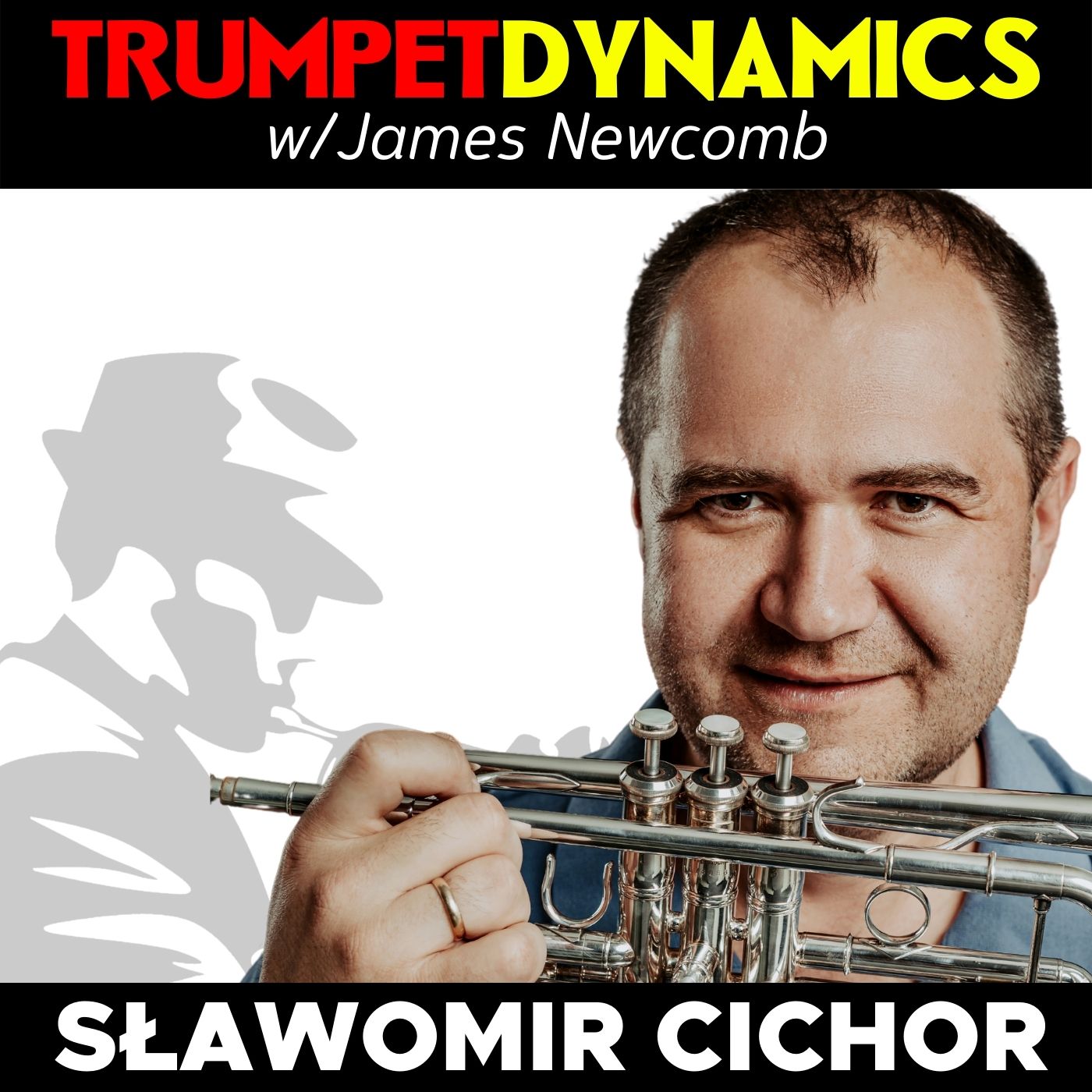 How Sławomir Cichor Survived a Culture of Perpetual Fear to Find the Song in His Heart and Blaze a New Trail for Young Polish Trumpeters
Episode 17 • 24th September 2021 • Trumpet Dynamics • James Newcomb
00:00:00 00:37:26

You'll want to tune into this episode.Imagine existing in a professional music environment where fear is the dominating factor in everything you do.You miss a note and immediately get the stink eye from the maestro, fearful that one more misstep and you'll be out on the street, without a job and no hope of ever getting one again.

The maestro even goes so far as to describe a performance by the great Phil Smith of the NY Phil as "terrible" because Phil (gasp!!!) missed a note during a performance.

One would think that a job performing music in such an environment wouldn't be much fun at all.

And one would be correct in thinking so.

That was the reality that Sławomir Cichor faced on a daily basis. But then he visited a trumpet seminar hosted by Grand Valley State University circa 2012 and for the first time saw trumpeters performing for the pure love of performing.

Music without the jackboot on the throat was suddenly enjoyable, and Sławomir has taken that joy he discovered at that seminar to his home country of Poland and shared it with those following in his footsteps.

In this episode, you'll discover:

-How Sławomir is opening new doors for younger players in Poland...27:43