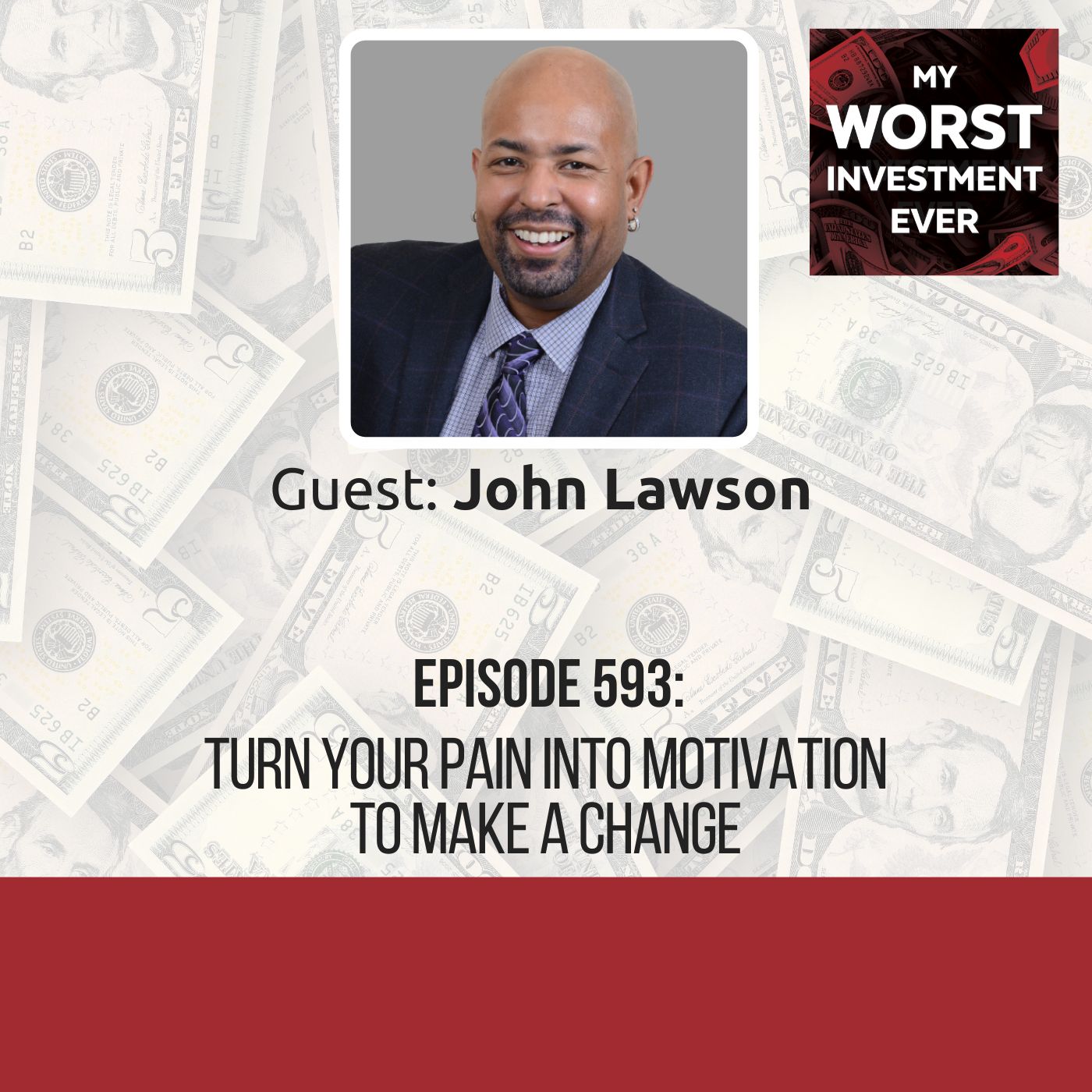 BIO: John Lawson is an award-winning entrepreneur and best-selling author. His entrepreneurial spirit helped him achieve a level of success that few obtain.

STORY: A friend convinced John to buy a house and flip it. He took a loan and got into the project. The friend was in charge of the renovations and made changes, which reduced the home’s value and made it impossible to sell for a profit. John was stuck with the home for eight years.

LEARNING: Never depend on other people to watch your money. Monitor your investment consistently.

“Never depend on other people to watch your money.”

John Lawson is an award-winning entrepreneur and best-selling author. His entrepreneurial spirit helped him achieve a level of success that few obtain. After consulting Fortune 100 companies at Accenture, he took his expertise to the world of small business, today mentoring entrepreneurs on topics such as social commerce, online marketing tactics, and e-commerce strategies.

John is a small business power player listed as one of the Top 50 SMB Influencers by All Business. Recognized for his work in e-commerce, John received two Small Business Influencer awards from SmallBusinessTrends.com and won “Business Book of The Year” for his book “Kick Ass Social Commerce for E-prenuers.”

Around 2000, John worked in consultancy, making a decent salary. A friend suggested to him that they start flipping houses. The idea was for John to finance the project and the friend to oversee it, then split the profit 50/50.

The house was in a bad neighborhood in Georgia but close to the city. Some gentrification plans were going on where the whole neighborhood would be turned into a more livable area. John took a loan to buy and repair the house. The loan terms were that he would pay it back after three months. From his calculations, this would be enough time to flip and sell the house. So John signed the paperwork, and work started. He was still working full time, so he couldn’t follow up with the project in person. John visited the house a few days before selling, and everything looked good. But he noticed they had turned the three-bedroom home into a two-bedroom one. This change reduced the house’s value, and now it was going to be hard to make any money back and pay the loan.

John got a 30-day extension from the bank but had to come up with $21,000. There was no way he would make that kind of money from the house that had just been turned into a two-bedroom. John started looking for other ways to make money. A friend told him about eBay, where he sold old programming books and made some money. He ran out of books and needed more ways to make money.

John read in a Sunday morning newspaper about getting free inkjet printers after a rebate. He went on a mission to collect as many free printers as possible. John would then sell the printers and the ink cartridges separately on eBay. He then got into selling Tickle Me Elmo dolls and made enough money to pay off his loan, but he was still stuck with the house. He only managed to sell it off eight years later.

Be careful with real estate. Understand what you’re getting into because real estate will bind you for many years.

Feeling overwhelmed and want to get your time back? Get his FREE How To Hire a VA guide.

John’s number one goal for the next 12 months is to go to Thailand and live there for at least three months.