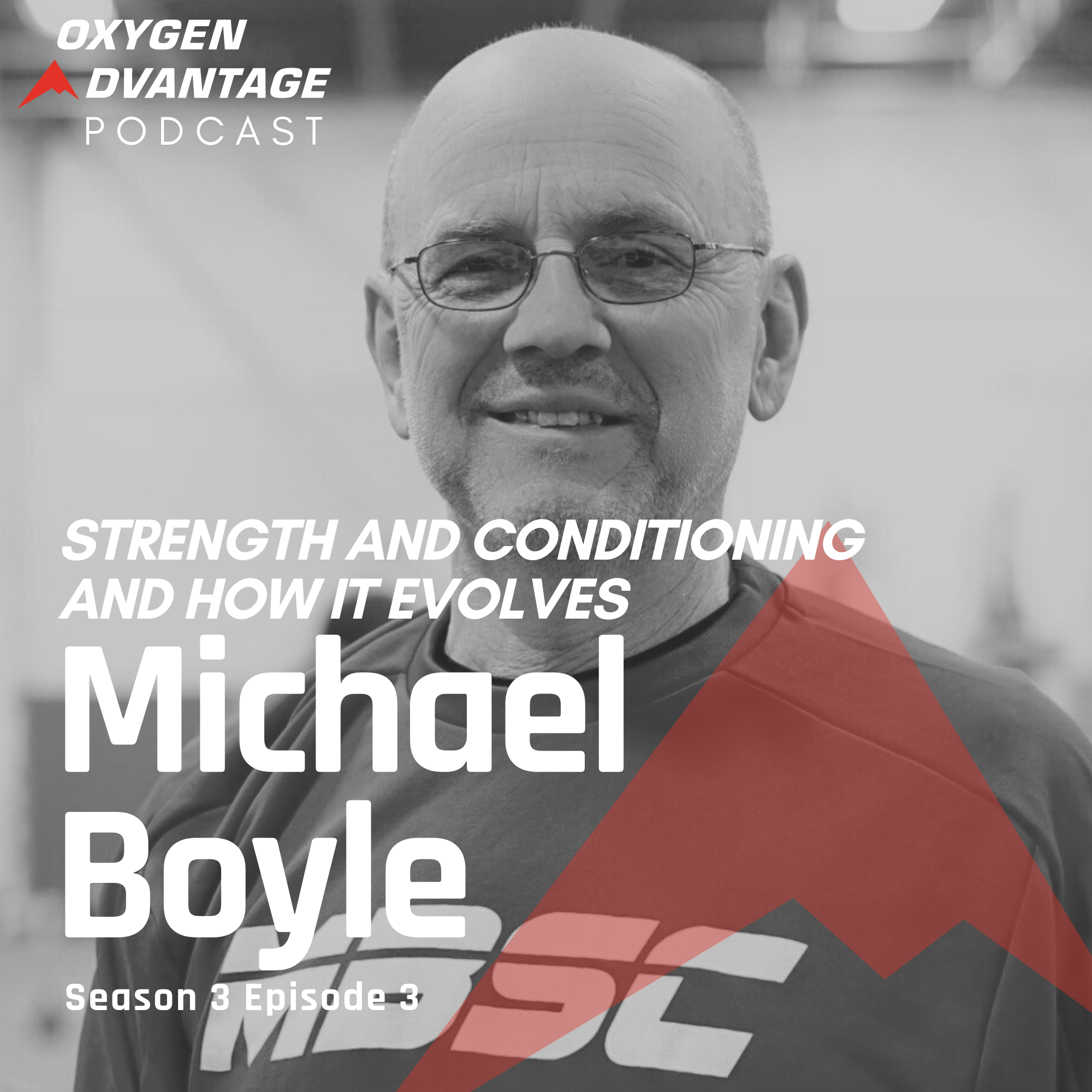 “It’s athlete preparation… I’ve been doing this for 40 years and I’m still learning.”

This week on the Oxygen Advantage® Podcast, Patrick and Daniel are joined by lecturer, trainer, author and widely considered one of the foremost authorities on strength and conditioning, Michael Boyle.

Beginning his career in the early 80s, Mike struggled to find work full time in the new field of strength and conditioning and worked at the college level. He often offered his services for free and supported himself working in bars for the first 10 years of his career. He would go on the work with the Boston Bruins, the World Series winning Boston Red Sox, and the gold medal winning US Women’s Olympic Hockey Team.

Mike explains how strength and conditioning has evolved over the years. From originally being “the weights guy” he evolved the conditioning side and looked at preparation, healthy eating, core training and more.

Another challenge he faced was trying to change old school mentalities about preparation for athletic competition. Even facing resistance for pushing the now very common knowledge that a big part of preparation for an athlete was being healthy.

A continued evolution was what brought Mike to breathing. When he first heard the diaphragm described as a muscle and knowing that muscles can be trained, began bringing it into core training. Mike quickly learned that simply asking people to exhale to their maximum accessed the deep abdominal muscles including, the internal obliques and the transverse abdominis and could greatly benefit strength and conditioning core training.

This is a very interesting conversation with someone at the top of their field.

More on Michael Boyle can be found on his website bodybyboyle.com.

For more information on breathing for health and performance, visit the Oxygen Advantage® website.

Check out Spotify or your local podcast provider to listen to more of the OA Podcast. https://open.spotify.com/show/5XTS4B3ODaEfsbNOBmYb6d