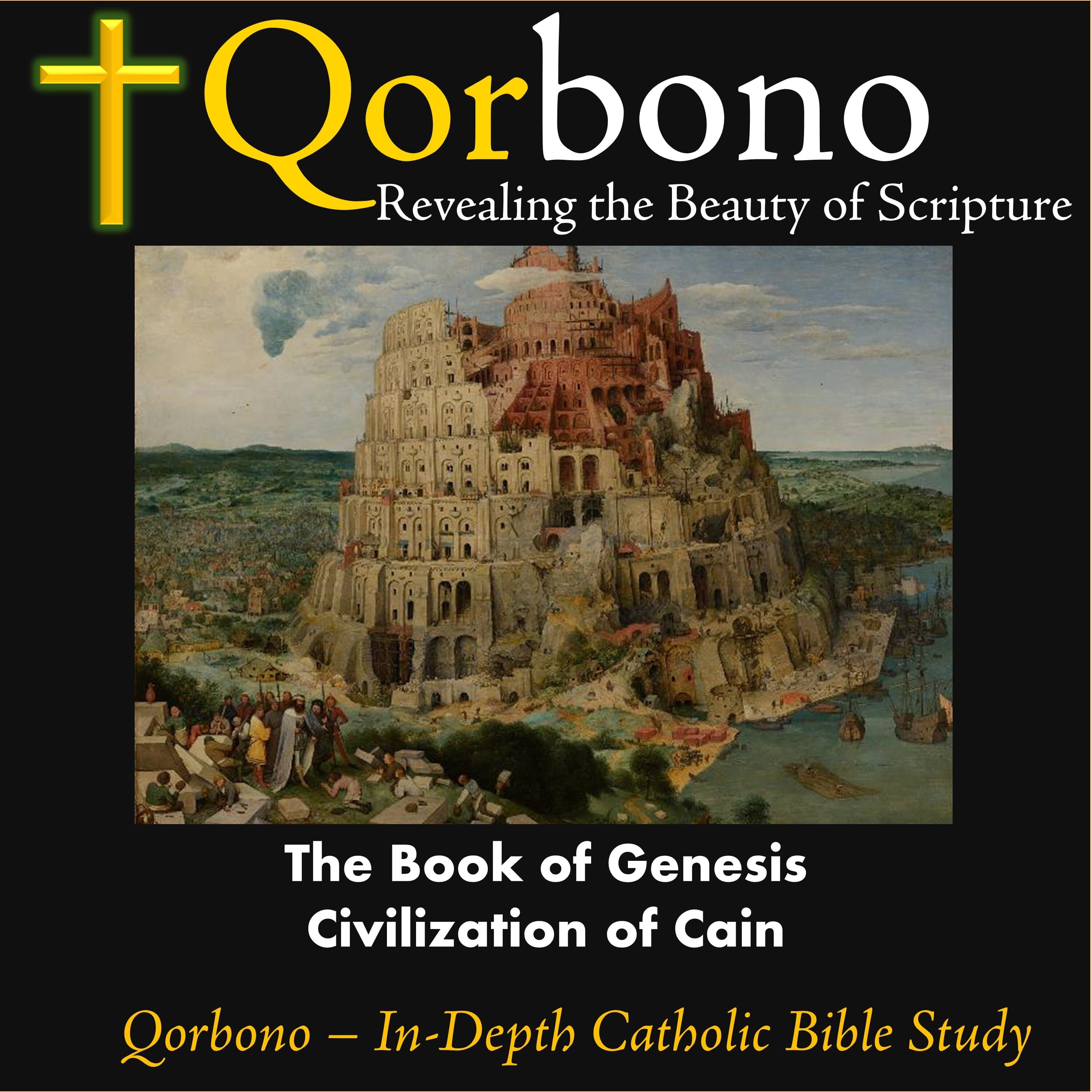 Beginning with verse 17 and covering the rest of Chapter 4 is the civilization that issues forth from Cain. One of the key rules derived from the principle of mimetic violence may be stated as follows: Every empire is built upon a tomb.

Bishop Sheen who was aware of this principle puts it this way: "every civilization is built upon a tomb except the Catholic Church which is built upon an empty tomb."

Cain being exiled and obliged to live under a second curse ("And now you are cursed from the ground, which has opened its mouth to receive your brother's blood from your hand"), determines that the best thing to do would be to erect a city. Thus, the city is seen as a means of survival away from Eden and in conditions where the soil is incapable of producing what is required for man's need.

This view of the technological advancement of man permeates the accounts of the Cainite civilization. The Sacred Author narrates their achievement and their lineage but does not state their age or the time of their death. As with the rest of Genesis, the context determines the original meaning and the silent polemic with the Babylonian culture is visible here as much as everywhere else.

The names mentioned in this passage are not mentioned again in the Old Testament or the new with the exception of the first letter of St. John chapter 3 verse 12 and the letter of St. Jude chapter 1 verse 11. It is as if the entire civilization passes away into oblivion leaving not a trace.

Could this be a pattern that may be applicable to our time? Could it be that a civilization obstinate in flaunting God's law and his patience will also pass into oblivion leaving behind it a faint echo of the height of power and might it had once achieved?

This is the crux of the matter, the core of this lecture.