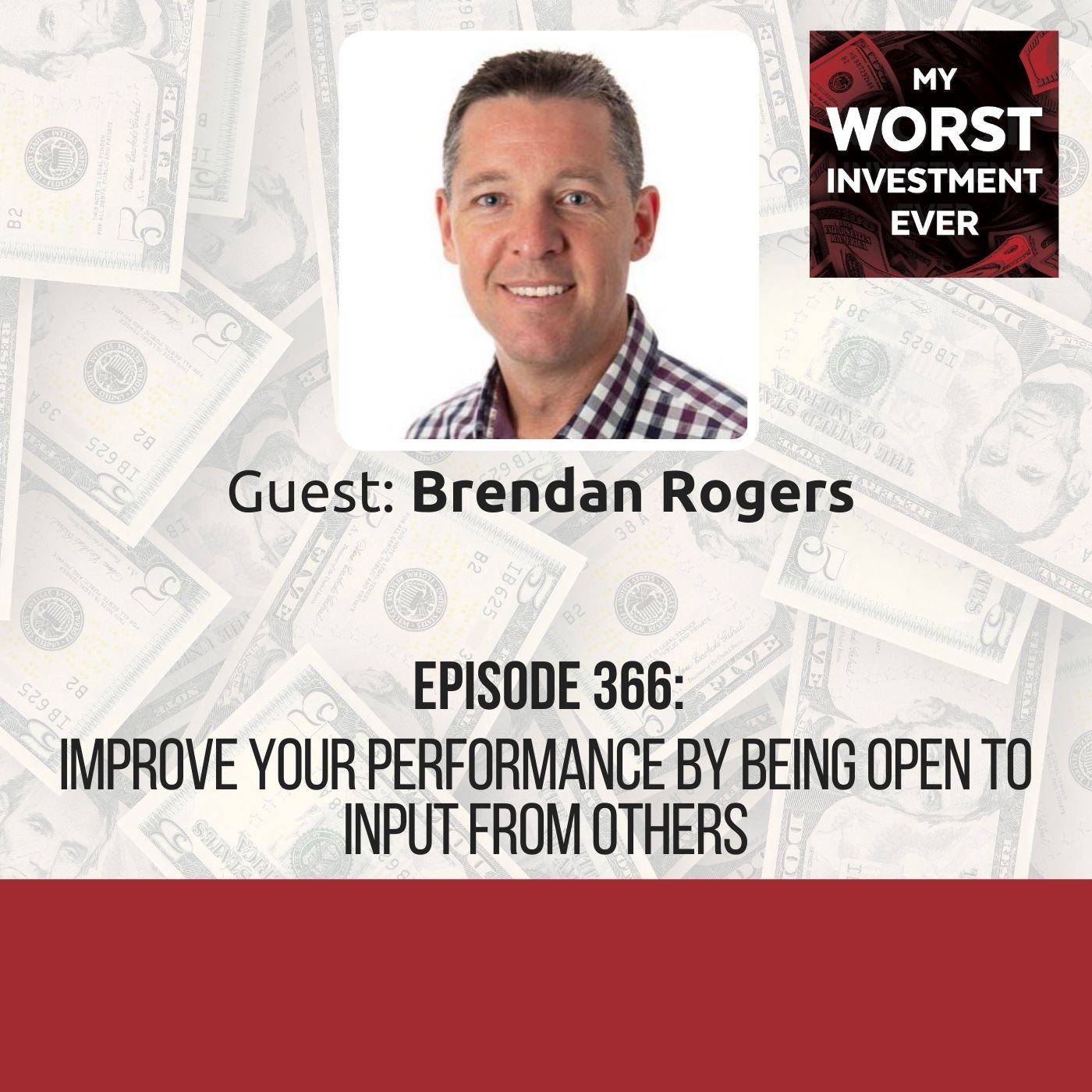 BIO: Brendan provides consulting services and resources to leaders who want to become more effective and their teams to become less dysfunctional. He is the Host of The Culture of Things Podcast.

STORY: Brendan got an idea to buy shares in a telecommunications company in the early 90s. But because he and his partner were just starting a family, his partner discouraged him from making the investment. He ignored her and ended up losing about $150,000.

LEARNING: You are not always right, be open to other people’s perspectives. Women, don’t be afraid to ask your partners about money and investing.

“Lack of humility is the root of all evil.”

Brendan Rogers’s purpose is to ‘improve the lives of people at work.’ He does this by providing consulting services and resources to leaders who want to become more effective and their teams to become less dysfunctional. He is the Host of The Culture of Things Podcast.

Back in the late 90s, Brendan and his girlfriend (now wife) moved back to Sydney from the UK. They were 24 years old, just starting their young family. Brendan was at the time earning decent money.

For the love of investing

Brendan has always been a person that enjoys investing a lot. So when he and his boss got talking about investing, he was interested. They particularly talked about share investing in a telecommunications company.

Brendan was pretty excited about this investment idea, and so he spoke to his girlfriend about it. However, she was flat against it. But, Brendan went against her judgment and invested 5% of his gross salary. The shares then went down very quickly, and he lost about $150,000 in the investment.

Struggling to rebuild the lost trust

The most significant impact of Brendan’s worst investment ever was not the money he lost but the level of trust that was broken between him and his girlfriend. It took him a long time to rebuild that trust.

Be open with your spouse about your investments

When in a relationship, and especially a serious one where you live together and have a child together, have conversations around what might be the suitable investments and the amount of risk you are okay to take on.

You are not always right, be open to other people’s perspectives

Brendan always gets excited about investment opportunities, and he is always trying to get other people excited too. However, he has had to learn very quickly about his aptitude for getting people excited and dismissing those who are not as excited as him. Now he knows that his way is not always the right way and is not blind to other people’s perspectives.

Women, don’t be afraid to ask your partners about money and investing

Women, if you are married or in a serious relationship, do not be scared to ask your partners questions when it comes to money and investing. Find out what they are doing and get involved. Research shows that women are better risk managers—a quality that is key in investing.

Treat investing as a team sport. Go to the right people and build trust in that team. Be open and accept that sometimes your way is not the right way, and be open and humble to look at different perspectives.

Brendan and his wife’s number one goal for the next 12 months is to close their debt on their mortgage. Once they do that, then they can focus on their investment debt.

“Seek out differing opinions to challenge yourself and your thinking.”