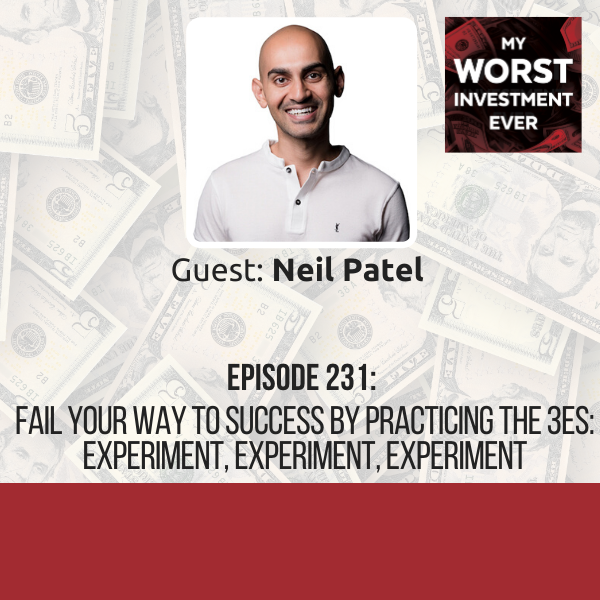 “Have the mindset of testing. What works today may not work a year from now. If you don’t keep testing, you’re not going to thrive and succeed.”

Creating a business to solve his own problem

About 10 years ago, Neil’s website, at the time, was doing pretty well, so much so that sometimes he’d get a flood of traffic from social media. This upsurge in traffic would cause his servers to go down. This sounds like a good problem to have, right?

While Neil appreciated the tremendous traffic, he had to pay for more and more servers. But then, in most cases, he would never use the extra resources. He thought to himself that it would be a good idea to be able to pay for the resources when he needed them, and not pay for them when he didn’t.

Taking matters into his own hands

Neil figured that there must be other people who were in a similar situation paying for all these resources and not using most of them. “What if we combine all our servers and have one big infrastructure, and we can each scale up and down as we want?” he thought to himself. Right there and then, a business idea hatched. Neil went to work to start Vision Web Hosting.

The multibillion idea that sucked

While Neil’s idea was a good one and would have seen him make millions of dollars, a few things turned it into his worst investment ever.

First, Neil had no experience in hosting. Second, he picked partners that had no experience either and just paid them because they told him they could do it. Third, hosting was just not Neil’s core focus. He was doing many other things that had him distracted, and so he wasn’t focusing on it.

Essentially, Neil ended up spending over a million dollars to start a business that wasn’t generating any revenue. He didn’t even get to launch it. His partners couldn’t figure out how to execute his idea.

Eventually, Neil folded the business and had to figure out how to repay all the money that he borrowed to start the business.

Ideas are worthless if not executed right

Ideas are a dime a dozen. They are worthless unless you pick and execute the right ones.

Pick business partners who have done it before because they come with learnings instead of starting from scratch and having to learn on the job.

Start a business with a minimum viable product

If you’re going to start a business, start with a minimum viable product and get it out there. You are never going to have a perfect product. It’s never going to be amazing. Just get something out there and improve it over time.

Sometimes you’re just not ready to join the big leagues

Four main things to look for when investing in a startup

Do you trust the team that you’re investing in? Usually, there’s no hack to trust. Trust comes over time.

What’s the startup’s idea, and is it a viable one?

Ultimately, you never want to be the only one providing money to any startup that you’re involved in. The startup should have other sources of investment funds.

Learn the 18 Questions for Pre-Revenue Valuation of a Startup.

Neil’s number one goal for the next 12 months is to double up on his traffic. He’s looking to gain another 10 million visitors a month.

“It’s very, very important to think about every mistake that you’ve made in business and what you’re trying to achieve in life, write it down, and avoid making that same mistake over and over.”