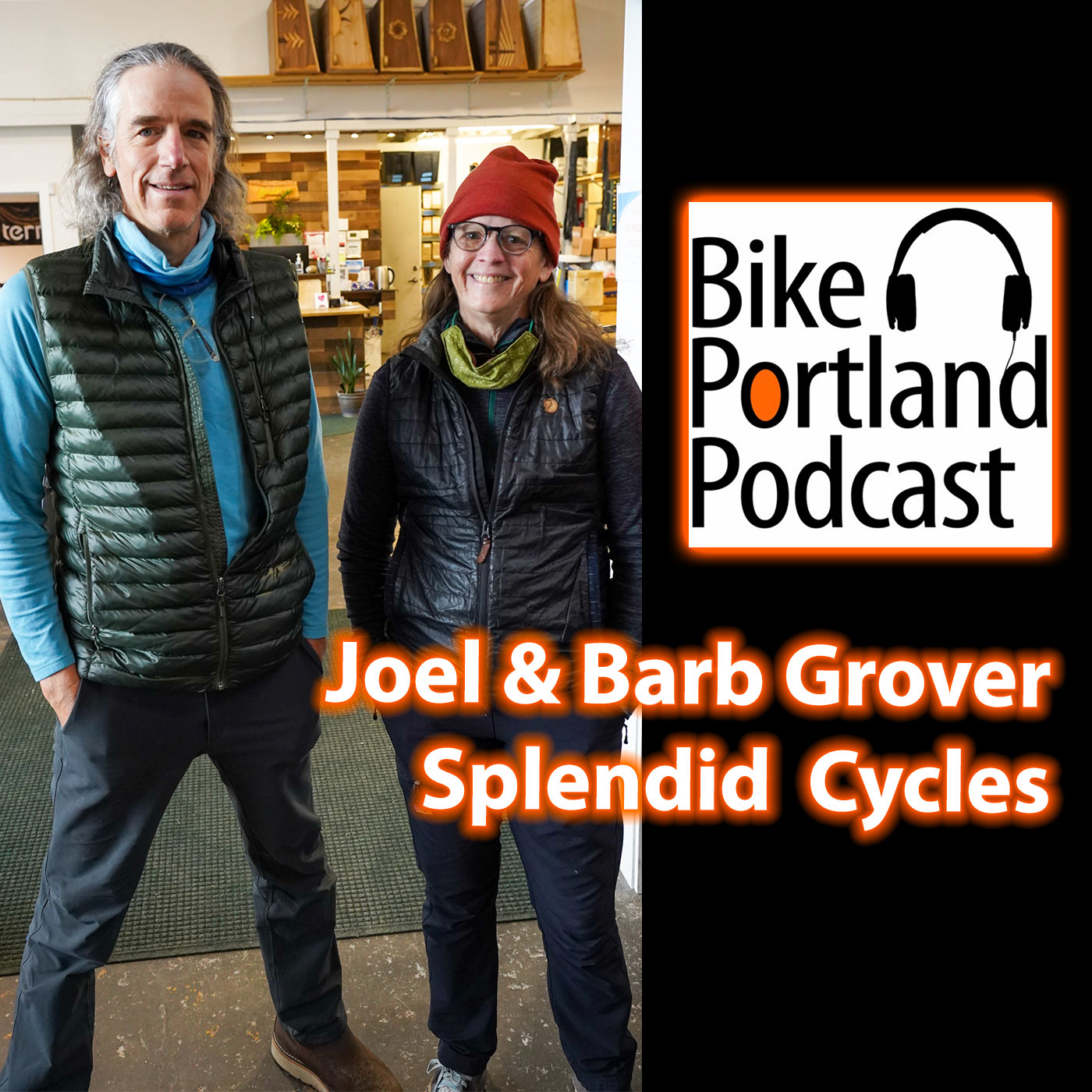 This week we've got another installment in our Shop Talk series and I'm excited to welcome Splendid Cycles co-owners Barb and Joel Grover. This duo has been working in the local bike scene since the 1980s and came up through the ranks as employees of Bike Gallery, which was one of the largest bicycle retail chains in the country. Joel was a product analyst and buyer for many years at Bike Gallery and when cargo bikes first came on the scene in the U.S. in the mid to late aughts, he and Barb had a feeling they weren't reaching their potential being sold in traditional bike shops. So they decided to take a big risk: They left Bike Gallery in 2009 to create a shop that would sell only cargo bikes — and despite being laughed at by some of their peers, Splendid Cycles opened one year later. In 2014, four years after they opened, their business was so strong they moved from their tiny storefront on lower SE Belmont to a larger location in an industrial building in the central eastside right next to the SE 4th Avenue entrance of the Springwater Corridor path.

That's where we recorded this episode (and just FYI you might notice from the audio that we did so with our masks on).

Before we sat down for the interview, Barb and Joel gave me a tour of the shop and we talked about a few of the bikes they sell. We also went out front where Barb explained to me why they installed a fresh water spigot that's free and open for anyone to use 24/7.

In our interview, you'll get to know a bit more about Barb and Joel, and you'll understand why they're so deeply appreciated in our community. You'll also learn how being located next to the Springwater has impacted their business, how the e-bike market has changed in the past decade, how they define the "cargo bike lifestyle", what type of people are investing it, why they only sell high-end bikes, what keeps them inspired to come into work every day, and much more.

Links from this episode:

This episode was recorded on February 14th inside Splendid Cycles on SE 4th and Ivon in Portland.

This podcast is a production of Pedaltown Media Inc., and is made possible by listeners like you. If you're not a subscriber yet, please become one today at bikeportland.org/support. You can listen to more episodes and find out how to subscribe at bikeportland.org/podcast.