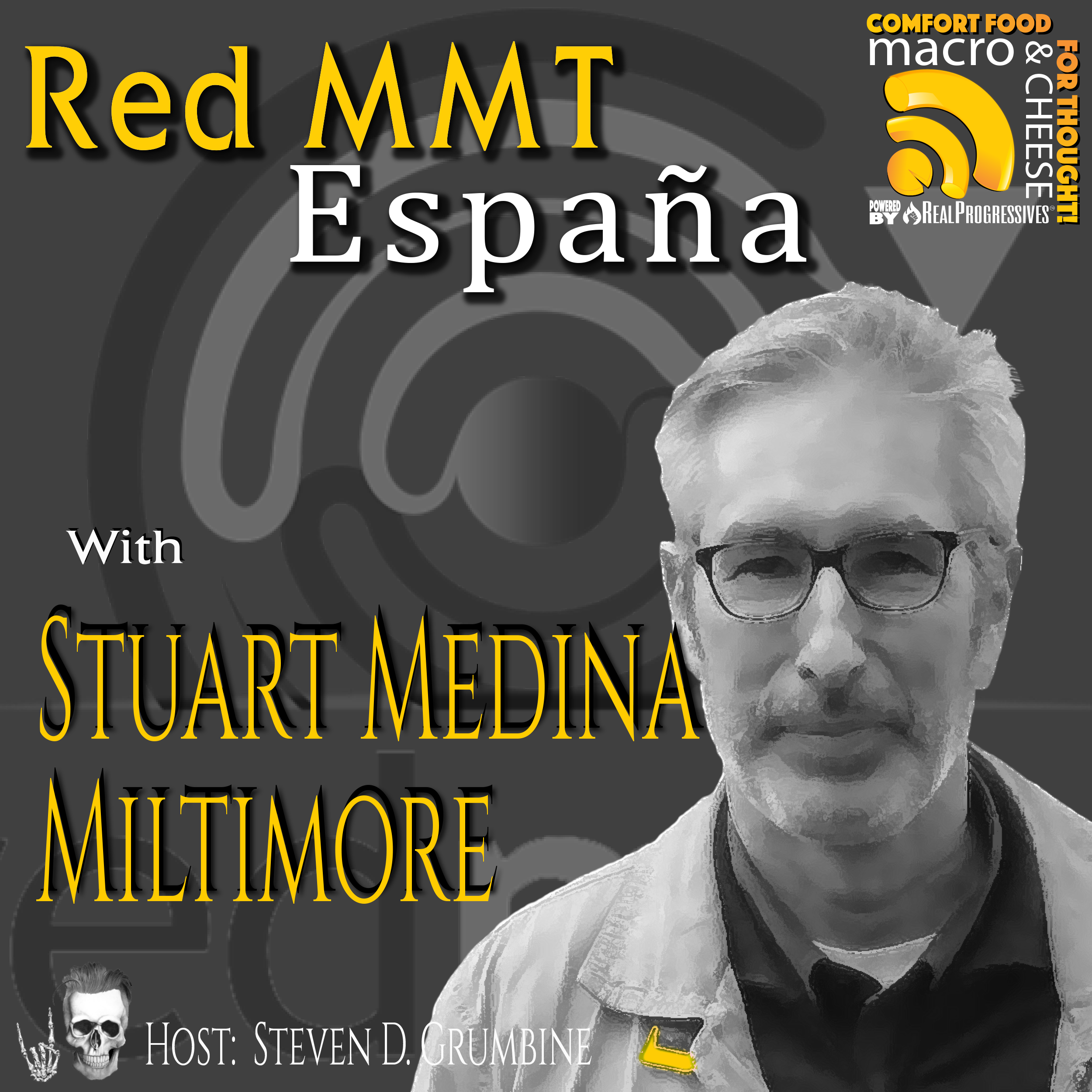 Stuart Medina is a founder and current president of Red MMT Spain. He joins Steve this week to talk about conditions in Spain after two years of the pandemic, more than two decades as a member of the eurozone, and nearly half a century since the death of General Franco, dictator from 1939 to 1975, when Spain became a parliamentary monarchy.

In the 1960s and 70s Spain had a fairly successful state-led industrialization policy. Franco’s death coincides with the ideological victory of neoliberalism. The elites turned to deregulation (“let the market decide”) and shut down all the public banks.

When asked to summarize the situation in Spain today, Medina brings up the astounding unemployment figure of 15%, which doesn’t begin to reflect the reality. In 2011 it was as high as 27%, a rate which the US hasn’t seen since the Great Depression.

But we are suffering those unemployment rates currently, as we speak. And when you look at the details, when you look at the youth unemployment rate there, we're talking of close to 40% unemployment. It's a tragedy because it's just such a waste of potential, of human dignity, I think, is the right word. It's just lives that are cut short. In some cases, people not being able to develop a career, a project, a life, getting married, having children, buying homes. It's a tragedy that is basically what is going on.

Greece’s treatment at the hands of the notorious “Troika” is well known, as are the results of the harmful fiscal choices they were forced to make. Stuart tells us how Spain, too, was virtually blackmailed in 2011, pressured by the European Central Bank, Germany, and the Obama administration to amend the Spanish constitution and adopt impossible austerity measures.

Stuart provides a thoughtful critique of the EU and discusses the kind of flexibility required to put a population back to work. He and Steve talk about Mosler’s assertion that imports are a net benefit and exports are a net loss, and how an export-led growth model has affected other economies.

It can be difficult for a foreign audience to understand why countries like Spain and Italy joined the EU. Stuart suggests the European Union can be considered a surrogate imperial project to replace the old one.

There's also the fact that the elites of Italy and Spain somehow needed or wanted some tool to control the restless trade unions, the industrial unrest of the 1970s and early 1980s. And let's face it, these elites are not doing badly.

Those in the section of the ruling class with an export-led growth model are doing extremely well. They are, of course, interested in keeping their access to the European markets, among other benefits.

**Don’t forget to check out the transcript and “extras” page accompanying every episode of Macro N Cheese. Find them at realprogressives.org/macro-n-cheese-podcast**

Stuart Medina is an economist and a founding member of Red MMT Spain, of which he is currently the president. He is an advisor to Parliamentarians of the Progressive political movement Elkarrekin Podemos in the Basque Country. He has developed his professional career in the biotechnology sector where he has held management positions such as controller and director of business development. He also founded the consulting firm Metas Biotech and the biopharmaceutical company ProRetina Therapeutics. He is the author of two books on modern currency theory: El Leviatán Desencadenado and La Moneda del Pueblo.