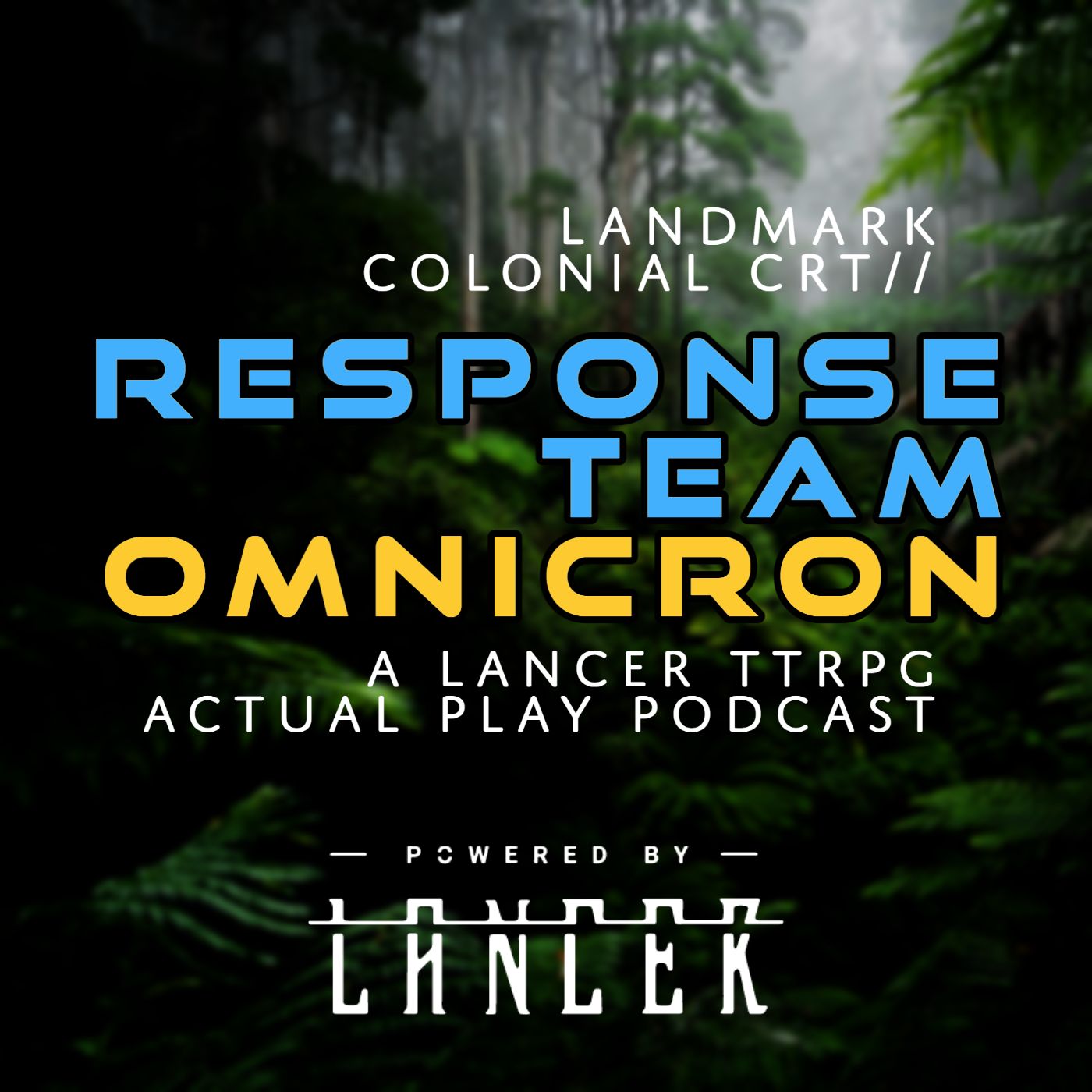 Hello, I'm Fen and welcome to the world primer for Response Team Omnicron.

And joining me today is one lovely individual by the name of Anna.

Yes, I'm Anna aka ArchivalDustBunny most places on the

This episode is a world primer for our show, and the Lancer setting as

basic understanding of where our cast fits in the world of Lancer. To

we first have to understand how the world of Lancer came to be. Lancer's

after the founding of Union, the overarching government of the universe.

The time before Union was a tumultuous one, filled with hardships

been no different. Before Union, humanity teetered on the verge of

hidden locations called vaults prompted a global rejuvenation. As with anything

starting the Little Wars that lasted 50 years. At the end of those wars, Union

committees at the head of its organization, each bringing about

The First Committee of Union, often shortened to FirstComm, was formed at

foundation of what the people of Union use. Nearlightships, Omninet, and Blink

events that happened during the course of the FirstComm's leadership. These are

communication within Union. Also during FirstComms reign, contact was made with

ceased. These factions later become the Aunic Ascendancy and the Karrakin Trade

FirstComm was eventually replaced by the Second Committee of Union, or

being colonizers, widening the gaze of Union's watchful eye across the galaxy.

took place, bringing about paracausal science and non-human persons. It was

conflict known as the Hercynian Crisis (Remember that name, it'll be important)

shown to be effective combat units. In addition to mechs coming into vogue for

also galvanized the galaxy to revolt against SecComm. This event, in

that SecComm was committing, plunged Cradle and Galactic Core Worlds into

Finally, the Third Committee of Union, ThirdComm, was forged out of the

surrender of remaining SecComm members. They are the current authority in Union

tenets of FirstComm, which they call the Utopian Pillars. They have faced and

their young hedgemoney. As descendants from pre-Union adventures into space

resiliency. To protect the people of Union the term Lancer is given to the

forefront of the battlefields that still rage across union space for justice,

For our story, ThirdComm is but a footnote, an important footnote, but not

least, not to begin with. Our story is on the planet Hercynia in 5014u, or

mythologized, catalyzing Layton anger and sparking open revolts. In the

fallen by the wayside, forgotten in the administrative jumble of the handoff of

Hercynia is on the Atlas Line, the fourth of ten lines that surround

and Earth are located. Each line is a ring that houses a multitude of systems,

into known space. The public charter for Hercynia was picked up by Landmark

big names like Harrison Armory, IPS-Northstar and Horus, all used by

forces. Landmark Colonial purchased the charter and set up a colony on the

The colony named Evergreen has enjoyed prosperity through its early

named Patience, the colony has been stable in its construction, currently

growth. Evergreen has come under fire from sporadic attacks that began in

before a cast arrives on Hercynia.

In 5014u, Evergreen sends out a distress signal to Landmark Colonial as

responds by sending CRT Omnicron, the corporation's PR unit who happened to be