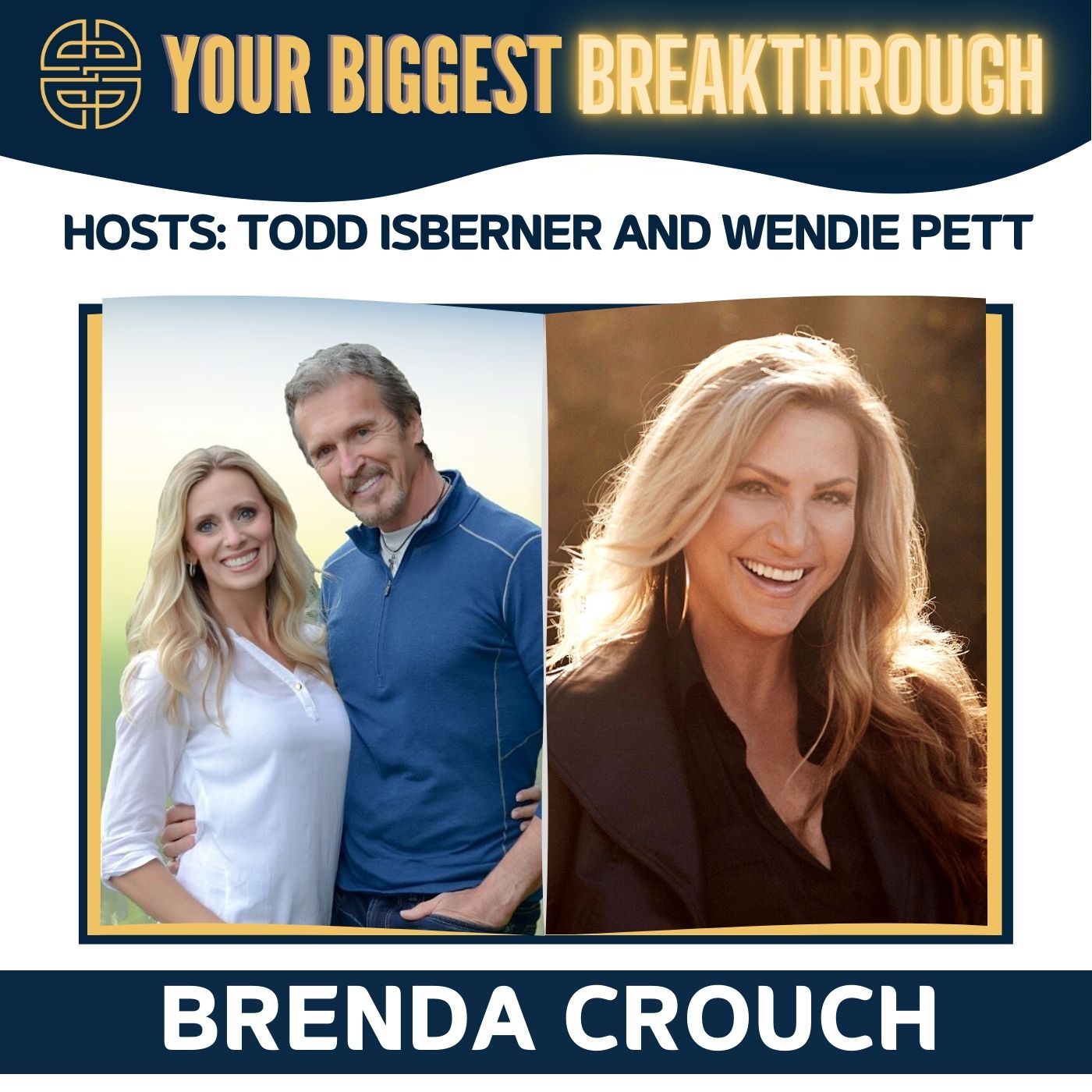 Episode 31: Brenda Crouch Suffered Trauma As a Child and Forgiveness Was Extended As an Adult. God's Grace Put on Full Display After Healing a Deep Wound.
4th May 2021 • Your Biggest Breakthrough • Wendie Pett and Todd Isberner
00:00:00 00:46:32
Donate
Donate

Have you ever found it hard to forgive someone for doing something so unforgivable?

"I don't know man, there are some sins that just can't be forgiven."

That's no doubt something you've said, thought, or heard someone else say. Maybe you feel there are certain sins that are so awful, the person who commits them can't be forgiven, or certainly doesn't deserve forgiveness.

Our guest on today's episode was not a witness to such sins that may be deemed "unforgivable." She was the victim of it.

Brenda Crouch suffered traumatic abuse at the hands of someone very close to her as a child. The person she should have been able to trust most became the source of her deepest pain.

This person was fighting demons from his own past, and it caused massive failure and abuse. Brenda suppressed these memories, however they came back to her in the form of dreams and visions that were so real she knew they couldn't be just her imagination.

She coped with this trauma by seeking approval of her looks, her physical appearance. She finally realized that God simply loves what's inside her, not outside.

By understanding God's true grace, having this intimacy with God, she was able to extend genuine forgiveness to the one who had hurt her the most.

In this interview with Brenda Crouch, you'll hear:

-Trauma suffered as a child leads to trauma as an adult..13:15

-Breaking free from anger and victimhood, a form of idolatry...17:32

-Our enemy seeks to kill and destroy those made in God's image...19:45

-Learning a healthy way of dealing with self-hatred...21:30

-Forgiving, and leading to self-forgiveness, the abuser on his death bed...25:10

-Take advantage of the opportunity to show God's grace by forgiving others...31:00

Fight Forward: Reclaim the Real You by Brenda Crouch