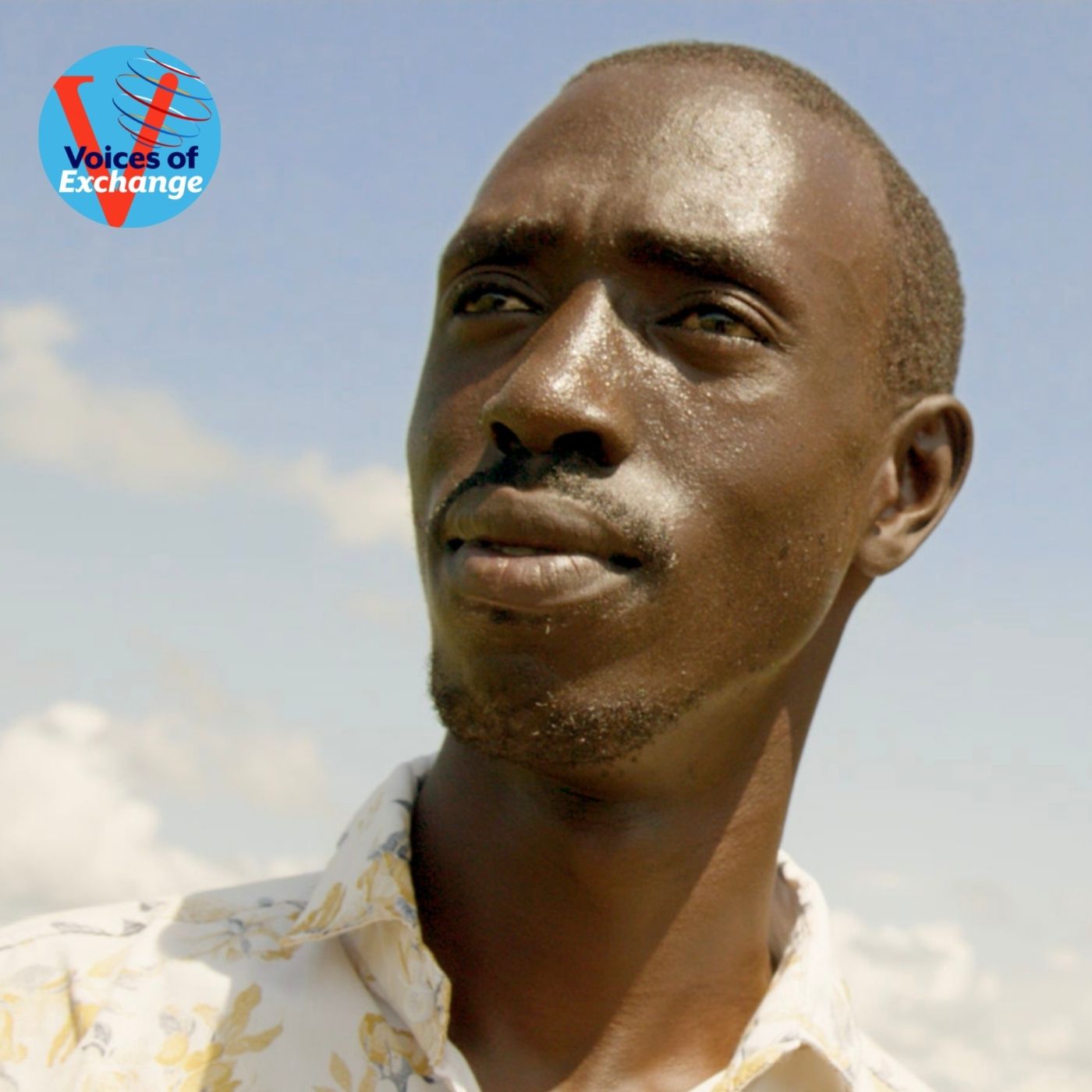 In the latest episode of Voices of Exchange, we sit down with Jok Abraham Thon, founder and director of Promised Land Secondary School in South Sudan, to hear how he is advancing peace and resiliency in the region. Jok's story is connected to our last episode, featuring U.S. Arts Envoy Gail Prensky, who documented Jok's fight to save the soul of his country, one book at a time.

Today we meet with Jok Abraham Thon, founder and director of Promised Land Secondary School In south sudan.That name might sound familiar, as Jok works closely with our previous guest, documentary filmmaker Gail Prensky. If you missed that episode be sure to go check it out. On this episode, Jok takes us on a journey of how he is fighting to save the soul of his country, and with it, the world.

My name is Jok Abraham Thon. I'm the founder of Promised Land Secondary School. I'm passionate about education and changing minds from Bullets to Books. Trying to invest my time and my talent to really fight for it. One of the world's challenging, um, situation that is gun violence. So my life has really changed when I joined, uh, Mandela Washington Fellowship family. I learned a lot, uh, through the fellowship program and I also got connections. I built a very great network that is really helping me and helping, uh, the young people in South Sudan.

So we fled to Uganda and we began as refugees. Life was really hard and we were in a camp.I even lost my younger brother to malaria. The- they were no schools. You know, life was really hard, you know. So, as we were growing up, the war also continued in South Sudan. They killed 2.5 million people, you know. And that was the longest war in Africa. So when I came back to South Sudan in... When I came back to South Sudan after completing my high school, I joined [the] University of Juba where I studied economics.

So Bullets to Books is a, is really a big campaign to let the young people come back to their senses that the progress of Africa and, and the progress of each and everything that we need to see in Africa or across the world is in their hands. So Bullets to Books is also one of the biggest campaigns I'm dreaming to really inspire our leaders across the world so that they can put policies that can guide gun violence, to put policies that can end, uh, issues to do with guns. So I believe this campaign with the help of, uh, the U.S. Department of State will be able to reach far and reach more people across the world so that we bring down the issues of those guns, issues of killing children in the schools is really very sad. We need to put this to an end.

So what keeps me going, uh, is the school and, uh, you know, Promised Land Secondary School has been, uh, providing, uh, education, quality education to the conflict affected children. And, uh, we have graduated a lot of, uh, students. So far now, this year, we are going to have a total of 400 graduates, and 300, uh, candidates already in the university. We have one student now who is in the US and this year we, we brought 86, uh, IDP, uh, IDPs, uh, children who are victims of floods to come and have free education in our school. So our school is the center of our message of Bullets to Books. So one is you need to understand, Bullets to Books, you come to our school and you see the diversity of the students from across the country who are learning the same ground. We are trying to change their minds so that they become, uh, uh, global ambassadors of peace, as well as their countries and communities. So what keeps us going is the courage we, the passion we have in edu- in education and our smaller school that is in operation.

The Bullets to Books and the presence of Gail Prensky through the support of the U.S. Department- Department of the State was able to bring this organization together... To work together. And now young people of South Sudan, they are really working together and they have a united, uh... They have a powerful voice together.

Uh, Bullets to Books is also not targeting only in South Sudan. We're also targeting, um, the global leaders and how they can join the effort to denounce guns and revise the gun policies in the- in- in their countries. Because if you look at the gun, uh, if you look at the military expenses in all the countries across the world, it is one of the- it is one of the main- it one of the highest funded ministries. Like the Ministry of Defense is one of the highest funded ministries because of the guns, you see than health. Government is supposed to invest their money in health, education and infrastructure but not guns. So the Bullets to Books is aiming at- aiming at- aiming at getting the young... Getting the world leaders invest in education, health, infrastructure but not guns.

And, uh, with the networks that I have from the Mandela Washington Fellowship, I get a lot of inspiration each day, uh, that gave me a lot of energy, a lot of courage and knowledge to face all the challenges I'm having. And the biggest challenge I have, uh, Bullets to Books is an initiative that needs to be had. And, uh, if we have support, we'll be able to reach more people, uh, across the South Sudan and across the world, we'll be able to talk to people who are really, um, not taking human life as valuable, but consider that we, human beings are equal, including children's. And, uh, if this campaign is taken serious of, and then I think more people will be safe and our world will be safer than before.