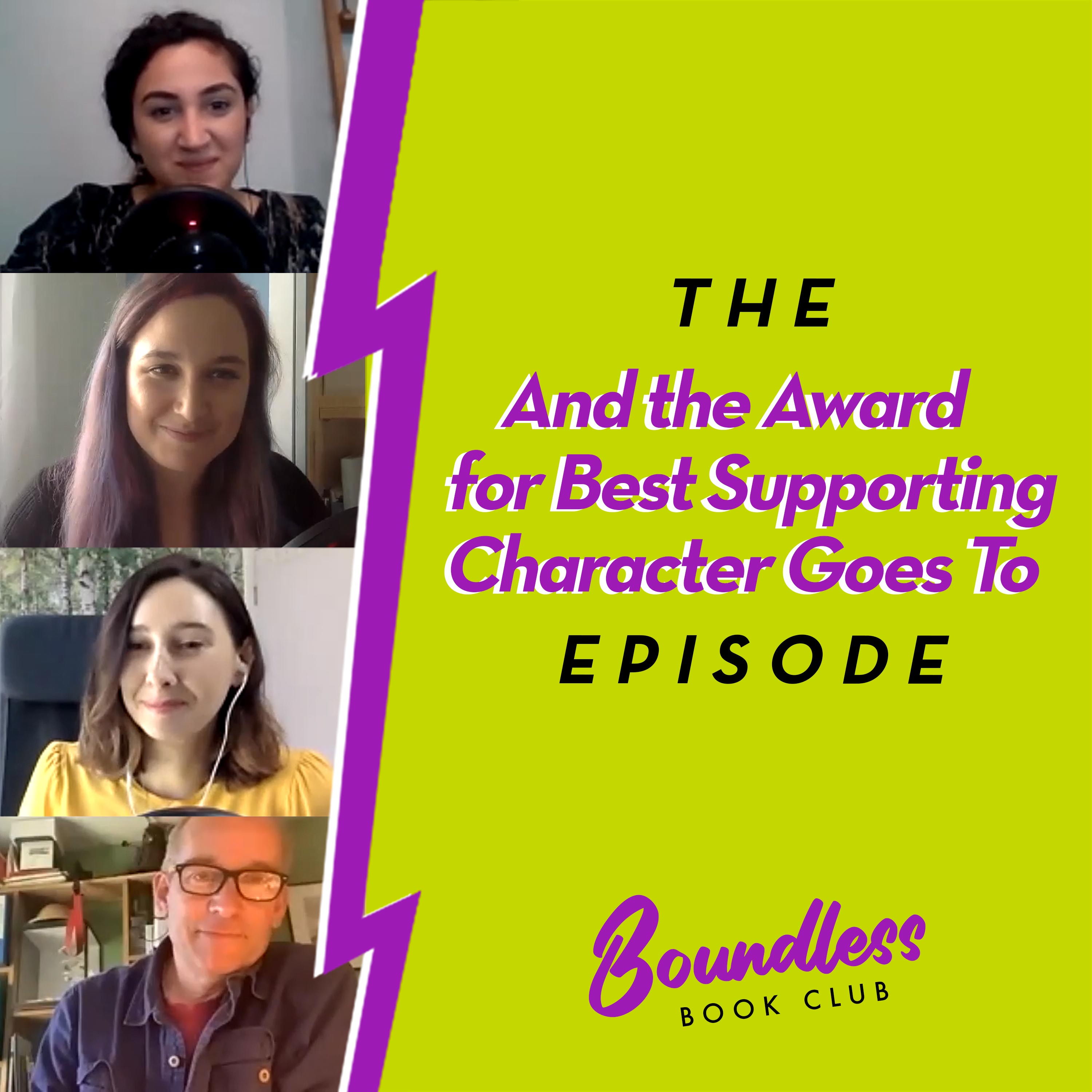 Stay tuned for a fascinating roaming conversation with Jasper Fforde coming in around the 28 minute mark.

Complete the survey for a chance to win fabulous books, perhaps even one signed by Jasper Fforde! https://survey.zohopublic.com/zs/ahCNu5

I think you might be able to guess which jilted spinster Ahlam was drawn to in this classic about the young Pip, his mysterious benefactor, and his love for the beautiful Estella.

The Lord of the Rings by J.R.R. Tolkien

The list of supporting characters in this beloved fantasy series is extensive, and mostly male, but the female characters of Middle Earth really hold their own. Can you guess which one Annabelle chose?

The Vanishing Half by Brit Bennett

This incredible book that has captivated readers all over the world stars two twin sisters whose paths in life diverge when they make very different choices that will affect the way they are perceived in a fiercely segregated time and place. But Andrea argues the bounty hunter on the sidelines needs his own show.

Jasper Fforde has been writing in the Comedy/Fantasy Genre since 2001 when his novel 'The Eyre Affair' debuted on the New York Times Bestseller list. Since then he has published fourteen more books, several of them bestsellers, and counts his sales in millions. 'The Constant Rabbit' will be his 15th novel. He lives and works in Wales.