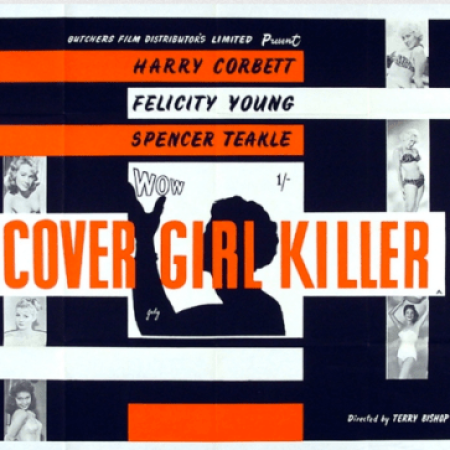 It’s all about mucky magazines in this episode, although the publication at the centre of our featured film is very mild stuff compared to others that would come after. In Cover Girl Killer from 1959, a madman played by Harry H Corbett is bumping off the models who appear on the cover of the fictional, “Wow!” magazine. Theatre director, Luke Dixon joins us to talk about the film and the conversation takes place in the very spot in which at least one of the murders occurs.

This is the second Harry H Corbett Soho film we’ve talked about on Soho Bites, the first was Rattle of a Simple Man in episode 5. There’s one more to go….

To kick off the show, Dom travelled out to Ealing to meet David McGillivray. Awarded the unofficial title,”The Truffaut of Smut” by Matthew Sweet, David literally wrote the book about the history of British sex films, Doing Rude Things, so Dom picked his brains about an early and prolific Soho smut-peddler, Harrison Marks.

Towards the end of his life at home in Tottenham

Listen to Luke Dixon’s recent appearance on Mural Morsels talking about Fanny Kelly and follow him on Instagram.

Watch David and Julian Clary at the launch of his autobiography, Little Did You Know. Buy it HERE