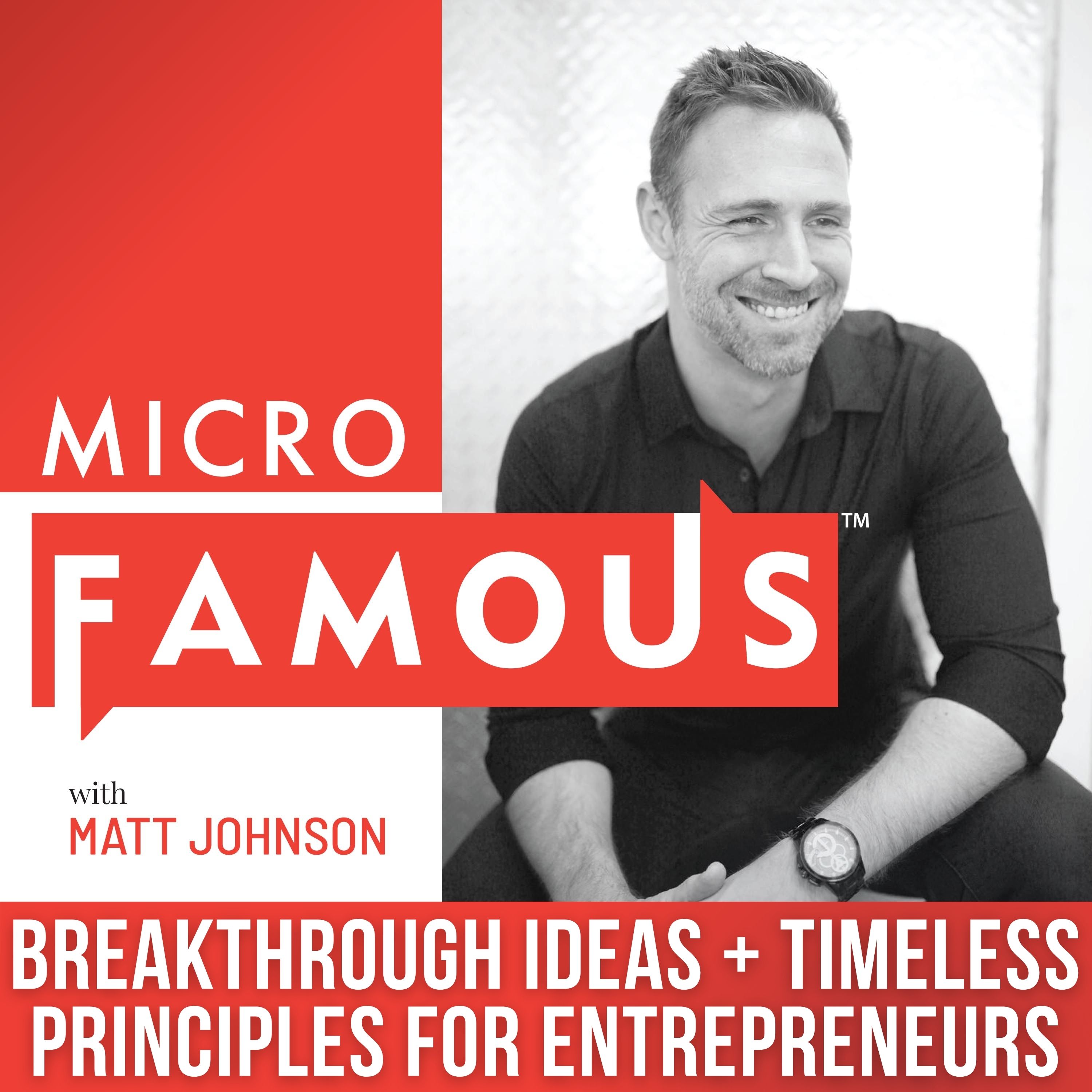 It’s easy to get caught up in the chase for attention, and the world we live in is very geared toward getting attention. That includes almost all the marketing advice we get today.

So I hope this episode is a counterweight to that obsessive focus on attention at the expense of real, enduring influence.

We’ll explore 3 areas in coaching/consulting businesses where influence makes everything easier, and if you’ve wondered how to get to the next level, make sure to check out #3 because I give a couple specific examples from the world of thought leaders and influencers.

Influence can completely eliminate any trust issues. If you’re known as THE go-to person for the problem you solve, or if you have a controversial point of view on the problem that the right people agree with, it’s assumed that you have the best solution to that problem.

Influence is a different way to bridge the gap without relying on your sales skills.

Because skills don’t scale. Influence scales. Influence makes it easier to persuade on a mass level, or persuade from a distance.

Any good salesperson can sell face to face, others are better at groups than one-on-one, some sell better from stage, but it’s all face-to-face. When you shift to marketing and selling online, it’s a different game. Influence allows you to persuade from a distance, without having to be there presenting, building trust and answering objections face to face.

The reason people will go out and buy the latest Simon Sinek, Brene Brown or Seth Godin book is because they’re famously influential. They’ve worked hard to build influence and become known in their spaces.

When the goal shifts from vague goals like “exposure” or “getting your name out there” to becoming famously influential, it makes your decisions easier. Decisions about where to focus, what to promote, what to say, how to say it.

Without knowing that the goal is building influence, it’s easy to get serious shiny object syndrome and spend our time tinkering. But moving from thing to tactic to tactic doesn’t build influence. Unless tinkering with tactics is part of your brand, all that tinkering can actually lower people’s respect for you and lower your level of influence.

When you have influence, you can even reach people with a clear, but less-than-compelling message. Look at Tony Robbins. He hasn’t had to change his core idea of personal transformation since the 80s. What was once a startling, new idea - that you can change in an instant - isn’t so new and startling anymore. But he’s built enough influence in the space that he doesn’t need it to be new and startling, he just has to be CLEAR.

Often, what separates us from the next level is not an accumulation of small things, but catching some new wave, some new opportunity that comes at the right time.

Tony Robbins is a great example, as his level of influence created an opportunity in a new category called infomercials, right when infomercials were poised to explode.

Another example is Jenna Kutcher, who built her influence on Instagram. Now that she has an audience and has enough influence with them that they listen to her recommendations and take them seriously, she can be one of the top affiliates for folks like Amy Porterfield.

Once we are famously influential in our space, even if it’s a small space, it creates new opportunities. So influence makes it easier to seize opportunities that propel you to the next level.

Those are the 3 areas where influence makes everything easier. And as an introvert, I can think of nothing better than to have real, enduring influence in my space. I'll take that over Tik Tok views all day long.