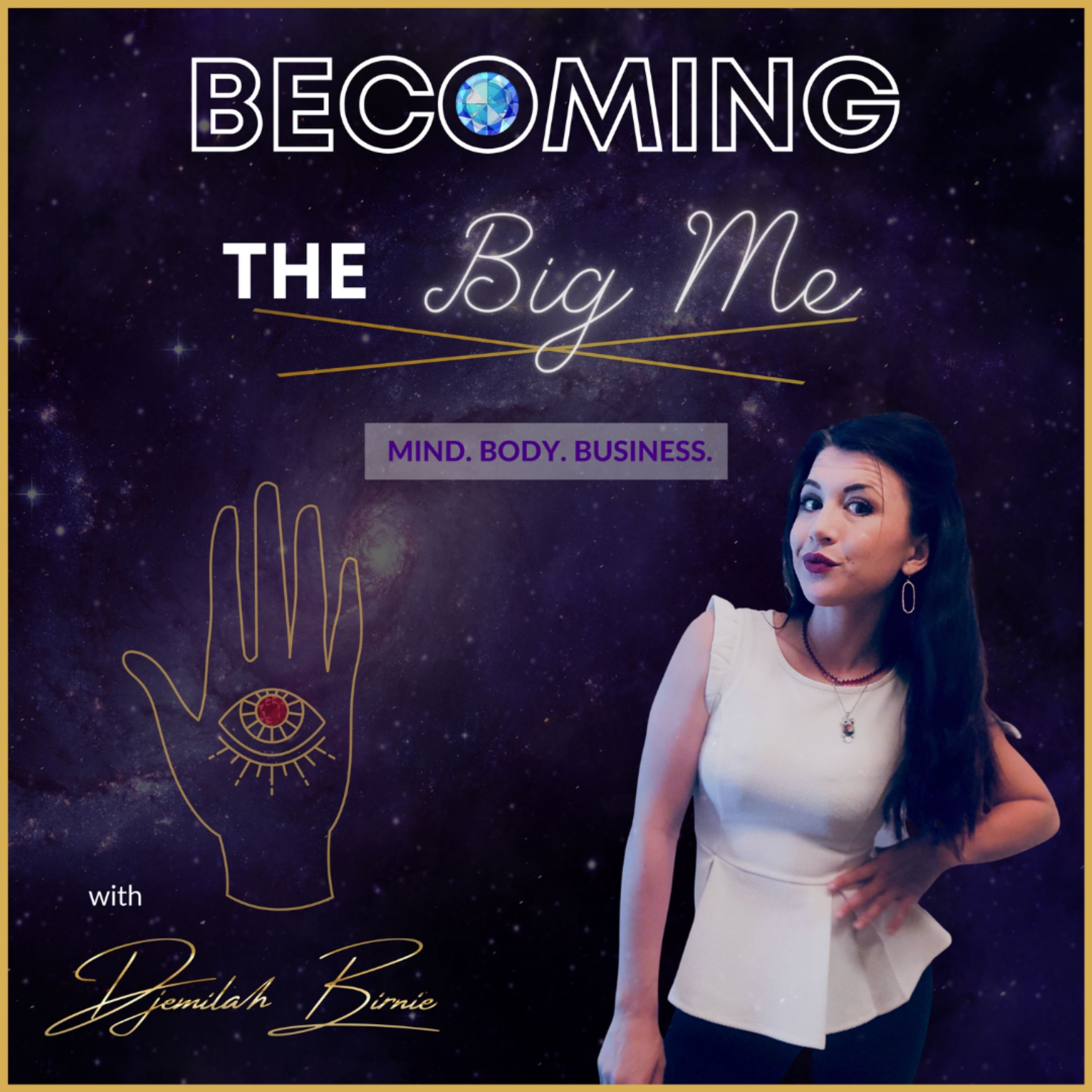 Welcome to Minute Madness on the Becoming the Big Me Podcast where Your host Djemilah Birnie drops a little dose of epicness in 5 minutes or less. In today's episode Djemilah talks about having defined core values. It's very important to set core values in your business so that your employees will be able to determine if they're doing the right thing and if they're fulfilling the goals of your business. It allows you and your employees to go hand in hand in the same direction and it creates unity and harmony within your organization or in your relationship as employee and employer.

To get out her new book visit https://www.thegreatconquest.com/

Hi! I am your host Djemilah Birnie the founder of Becoming the Big Me. I have been building businesses online since the age of 17. I am passionate about discovering the "secrets" of our world and what is the true difference maker. Why is it that some succeed and others do not? What is it that allows people to get back up and keep going even in the midst of hardships? What truly is the power of purpose? These are the questions that rattle my mind.

I love to write and have published some books, some of them have even hit some charts 😲 You can check them out here: http://bit.ly/djemilahbooks

Ready to start playing BIG and step into your Big Me potential by harnessing the power of your mind? Then make sure you join the free Rewire challenge to get all the tools you need! https://www.djemilah.com/rewirechallenge

Do you want to fall asleep faster, rest deeper, and release the stress of the day? Then it's time for you to experience your best nights rest with the Dreamland Meditation Pack! Over 200 minutes of bedtime meditations to quiet your mind, connect your mind to your body, and bring you to your sleepy time bliss.https://www.djemilah.com/dreammeditation

Don't forget to check out the little lady's podcast "A Kid's Perspective" where she answers your questions on all of life's most pressing issues, in her eyes, a kid! ‎https://akidsperspective.us/

In addition to my online offerings I am extremely passionate about giving back to the local community while cultivating community growth. I am the organizer and host of the Wimberley Women's Circle https://wimberleywomen.com/ , where we gather monthly to learn and heal from different community leaders.

I am also the visionary behind Wimberley Moonlight Farms, a small family owned farm and nursery located in Wimberley, Texas. This is a journey that will take many years as we continue to develop, follow along at https://wimberleymoonlightfarms.com/

My partner and I have also put together a local directory for our town in the Texas Hill Country in which I have been having so much joy going to all of the local hot spots to photograph! Learn more at https://www.wimberley.info/

Becoming the Big Me: The Great Conquest Book: | A Collection of Empowering Stories | By Djemilah Birnie, Sharon Lechter, and Contributing Authors https://www.thegreatconquest.com/

Welcome back to The becoming the big me podcast. I'm your host, Djemilah Birnie,

and you are tuning into minute madness, a little dose of epicness, delivered in five minutes or less.

being reprimanded, and being able to live those core values daily. And that's the culture. When your employees, what can you have that culture that you've established, and everybody knows it? I mean, hopefully, they sell ideally, right? They like when they walk in, they like the culture that you're building, you know, and that's why you're there. That's why they're doing their best jobs, because you have said, that culture, and they're kind

of wanting to work for you. Exactly. And that's exactly it. And then, but but then if they're not, if they're not the person that you want to work with your culture so much, that it's going to repel, it's gonna shoot them out, they're not going to work hard, they're not going to do their thing is going to shoot them out. And that's what we want. Because ultimately, you know, the cancer in your business will kill your business faster than anything else. So don't be afraid to Don't be afraid to for criticism as well. I get criticism all the time. I mean, but I also just hit you know, I woke up this morning, and it was 37 million views. Yeah. And it's like, you're gonna get criticism, like it's gonna happen, and especially the more that you get out there, the more that you're going to get criticism, one of my most viral like, videos went viral because of all the criticism, right? And I'm in love with clients from it. And guess what, they're people, you know, it's like, I got a bunch of people onto my email list and they went into my day, and it's like, awesome. So that's what you You just have to live in your truth like, do you have a defined Corvette values?

Thank you for tuning in to today's episode of The becoming the big me podcast. If you found value in today's episode, make sure to leave us a review and share this episode with someone who needs to hear this message. That's how our podcast grows. Are you curious about learning more about harnessing the power of your subconscious mind? then join the free rewire challenge where we'll dive deep into the subconscious mind how it works and give you some tangible action steps to began rewiring it to serve you. Go to bit.li slash rewire challenge that bit.li slash rewire challenge. Until next time, I'm your host Djemilah Birnie, signing out

Join the Free Rewire Challenge and Grab the Resources