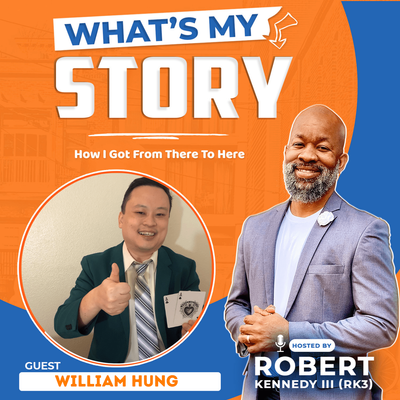 What if it takes, all of your energy to get up the courage to do something? And you do something really big and it doesn't turn out exactly as you expected and it happens in front of the entire world.

What do you do with that? How do you live your life and turn that into a winning hand?

He is the founder and CEO of William Hung Academy. He helps people to live a bold and confident life. He believes that everyone has a right to try something new without being ridiculed or judged. But he also wants people to find their courage, chase their dreams authentically without abandoning their current responsibilities.

How can we do that? Let's listen to William's story of how he got from there to here.