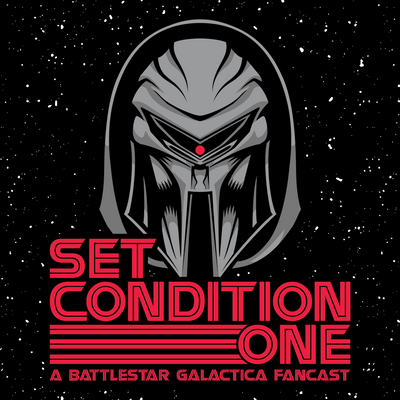 CW: This episode of Battlestar Galactica deals with torture and sexual assault.

We learned that there are multiple cuts of the episode. For most viewers, we strongly recommend the 45min cut that is streaming on Peacock TV.

When a ship jumps into DRADIS range broadcasting Colonial transponder codes, our crew is understandably skeptical. But is it a dream, or did another Battlestar really survive the Cylon attack? That's cause for celebration, right?! Definitely nothing will go wrong when an ambitious young admiral with a history of cruel decision-making takes control of the fleet. Let's be honest here - we love you Michelle Forbes, but we already hate Admiral Cain.

Not for the first - or last - time, we marvel at Tricia Helfer's range as an actor, and EJO's imposing presence even when he's no longer in charge. This cast is brilliant!

Here's the list of the scenes you're missing if you're watching the show on Peacock. We're still not totally clear on where/if these aired in the first place, but a few of them do provide some context, and as we learn in this episode, it's always important to consider the context.

You can listen to an ad from 1999 for Philadelphia Y100s "Dead Guy in the Envelope" contest. Unfortunately, it doesn't feature the They Might Be Giants' theme song, which is frustratingly difficult to track down. (We highly recommend you listen through the end of this episode, though!)