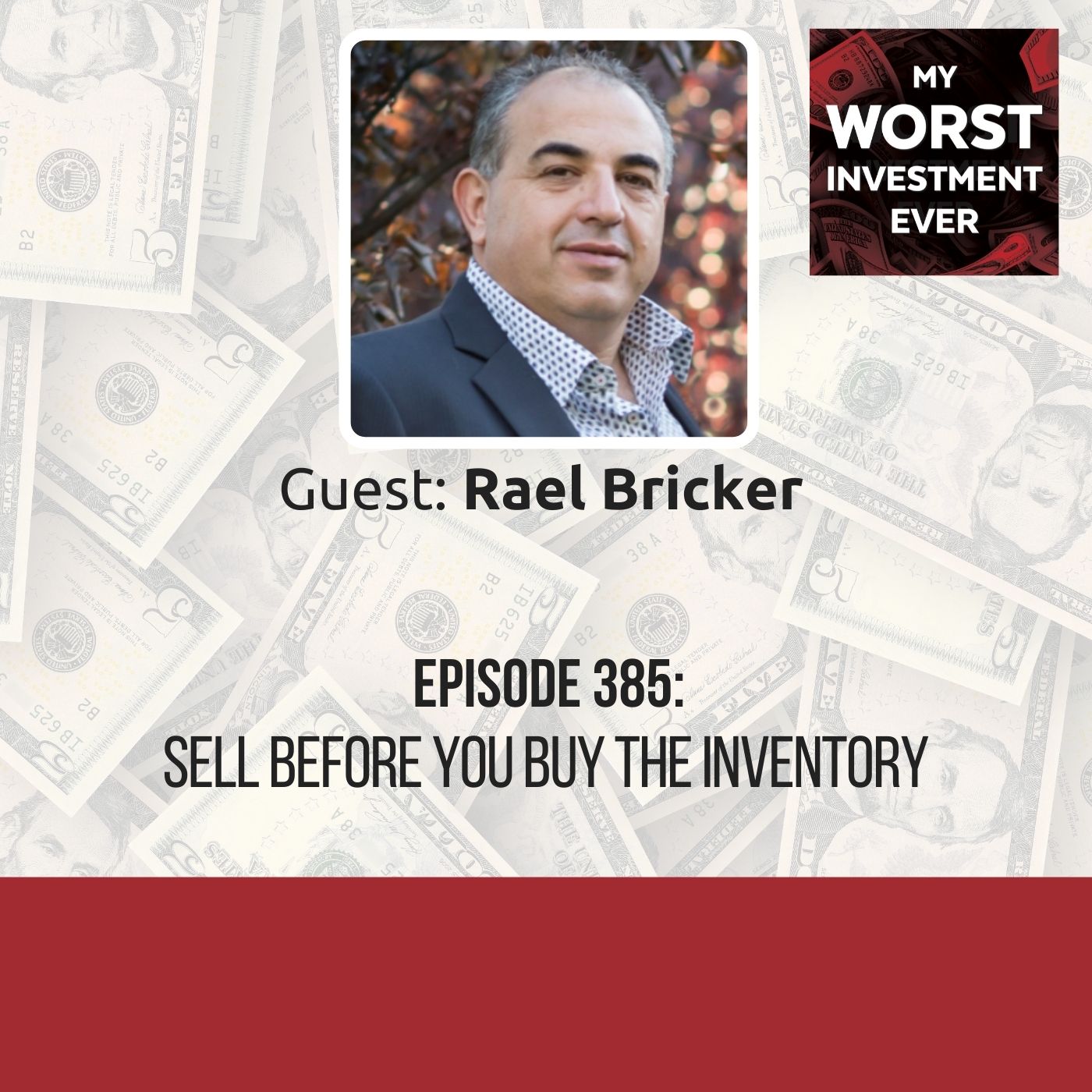 Rael Bricker – Sell before You Buy the Inventory

BIO: From being 6,000ft underground in a mine to starting an education business (that grew to have more than 4,000 students) to spending years working in venture capital, Rael Bricker has seen it all.

STORY: In 2001, Rael bought $85,000 worth of CD covers from Germany. He was attracted by the product but never did any research into how he would sell them and just went in blindly. Rael hardly made any money from the covers and ended up giving them to friends for free.

LEARNING: Don’t spend a dime before researching the product and the market you want to venture into. In business, dive all in and adjust the course as you go.

“Business is not complicated. Just dive in and adjust the course while you’re moving.”

From being 6,000ft underground in a mine to starting an education business (that grew to have more than 4,000 students) to spending years working in venture capital, Rael Bricker has seen it all.

He has listed companies on multiple international stock exchanges, and his financial services group has settled more than $3bn in loans over 19 years. He has a diverse work history combined with unique global research interviews with companies in more than 25 countries. Taking this knowledge and experience makes him perfect to advise people on growing and achieving excellence, as he has experienced the rollercoaster himself, and knows how to navigate the twists, turns, and loops.

Rael holds two Masters degrees; an MBA and MSc (Engineering) and is currently a Fellow of the MFAA (Mortgage and Finance Association of Australia), a Certified Speaking Professional (CSP) (Professional Speakers Australia), and a Member of AICD (Australian Institute of Company Directors). He is also the author of Dive in-lessons learnt since business school.

In April 2001, Rael flew to Germany after his friend in South Africa introduced him to a German company called Flipping Group. This was at a time when people were storing data on DVDs or CDs. There was no other backup medium.

The company had a fantastic set of CD covers. You’d put 20 CDs into a binder and press a little button on the side of the CD holder, and the CD popped out. The covers came in different shaded pastel colors and were really cool.

Putting his money into the product

When Rael flew to Germany, he bought $5,000 worth of inventory and brought it back to Australia. He found guys in Australia to help him with the packaging and distribution. Even before he sold a single piece, Rael ordered $80,000 worth of more stock. He got a friend to store it in his warehouse and had all that logistics stuff sorted out.

Before buying the product, Rael was working with a venture fund. After a few months, he left the venture fund and decided to go out and sell this stuff full-time.

Learning that selling is tough the hard way

Rael’s entire life up to that point was all about selling services. He quickly realized that selling a single product line was very difficult. Rael learned that to succeed in retail, one needs to have multiple product lines, distribution in all the major cities, and lots of other logistics. It, therefore, became quite a struggle for him to sell the covers.

Eventually, Rael’s interest in selling the product dwindled because he was just banging his head against a brick wall trying to sell it. A few small, independent retailers purchased a few covers but nothing notable. The rest sat in the warehouse, gathering dust for months.

One of Rael’s friends, an excellent salesperson, was having a hard time finding a job. Rael gave him the covers and told him to sell them and keep whatever he made. He managed to make $5,000.

This entire experience taught Rael that he could not sell products. He realized that he is more of a service-oriented person. He now chooses to just be a consumer and not a product seller. From this realization, he knows what type of businesses to focus on and which ones to avoid.

Dive all in and adjust the course as you go

Make that first step, go out, sell the first couple of products, and see if it works. This is what you need to do to succeed. If you spend your life trying to be sure about the future, you’ll never do anything. You will just be stuck in the inertia phase.

Sales is a tough job, be sure you’re capable

Sales can be challenging, particularly when selling physical products because it relies on touch and a well-established infrastructure. Don’t underestimate the infrastructure needed to be great at selling a product.

Do your research before spending a dime

Don’t spend any money before you research the product and the market fit. The idea is first to sell the problem before you start selling the product.

Jump off the cliff, but jump with a parachute. If you’re thrilled by a product and want to sell it, first do some level of research. To succeed in sales, you also have to understand and embrace the idea that you can sell.

Rael’s number one goal for the next 12 months is to work with business leaders, both established and emerging, to create business excellence and rich and robust cultures in their businesses.

“Dive in and enjoy the journey.”