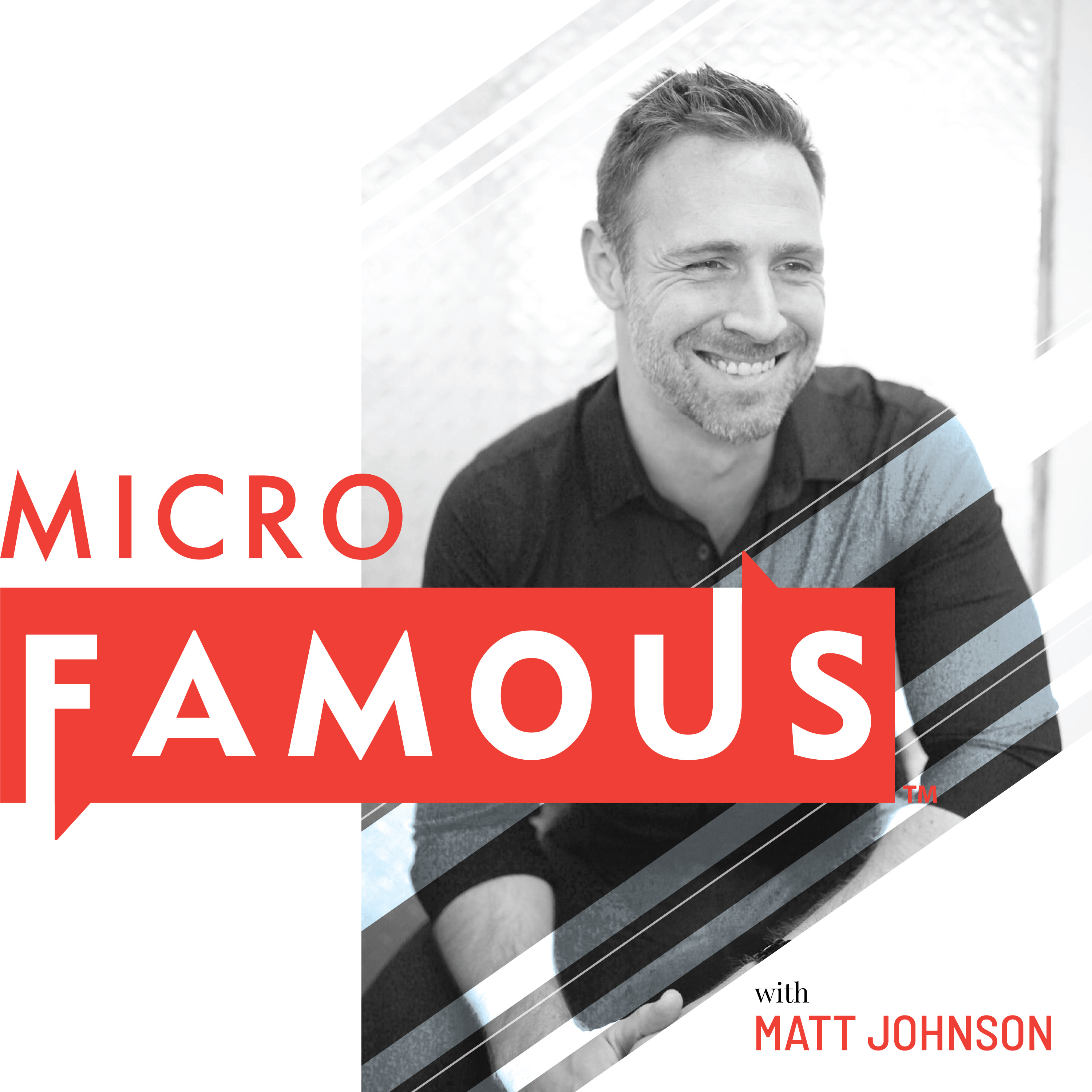 The "accidental split test" occurred by launching two different podcasts in the same market the same year, but with two very different strategies.

The Team Building Podcast had far fewer downloads and accolades but was MUCH easier to monetize.

The Team Building Podcast helped build a multi-6 figure coaching/consulting business in just a couple years, now over 100 monthly group coaching clients and events that are drawing 100+ highly targeted people to Omaha each of it's first two years with over 70% of attendees hearing about the events through the podcast.

Here's what we did differently with The Team Building Podcast:

All those things ended up sending me down the path that led me to write the MicroFamous book.

I saw so many people coming in and interested in launching a podcast and making the same mistake I did with my first podcast- going after a mainstream audience too early.

It's not that you CAN'T go after a mainstream audience, it's just better to go after a smaller, more valuable slice of the market first.

That's what Tesla did with electric cars.

Starbucks did the same thing with coffee.

Apple did it with the iPhone and iPad.

So if you're drive to teach, train and lead, and you want to execute that type of strategy in your business, you'll want to check out the MicroFamous book.

It's live on Kindle today, so you can grab it for FREE. yes 100% free, for only a couple days and it goes up to the paid version on Kindle or the paperback.

Just go to MicroFamousBook.com and that points to the Kindle page for the book.

In the book I lay out the strategy for becoming famously influential to the right people.

No more trying to be everything to everyone, or hopping on every new social media app.

No more feeling guilty for not being glued to your phone or taking selfies every 5 minutes.

No more sitting on the sidelines while others get the clients you want to work with, get featured on the podcasts you listen to, or speak at the events you want to speak at.

It's time to become MicroFamous, so go grab the Kindle version for free today and get ready for a radical shift in the way you look at growing your thought leader business!