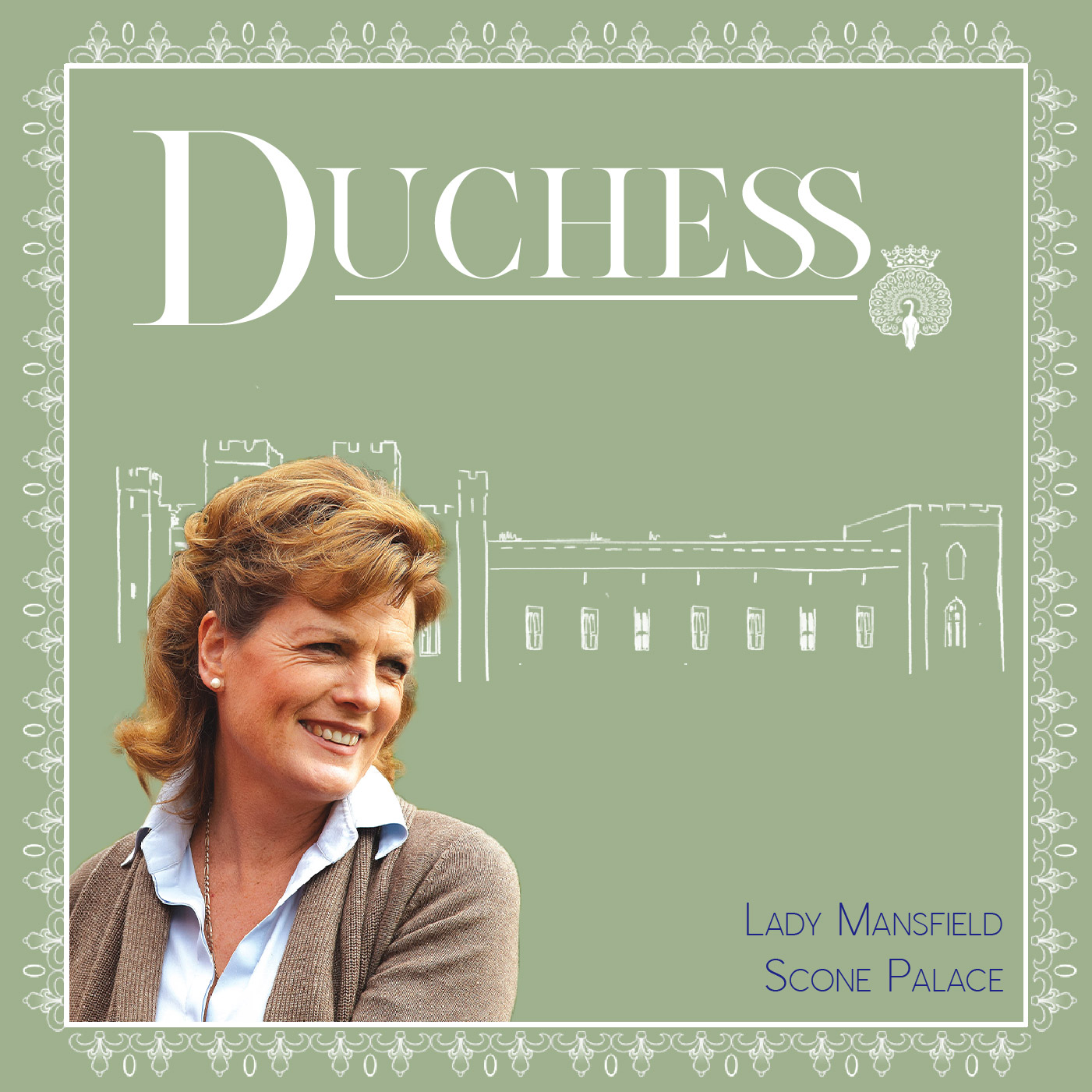 In this episode, the Duchess talks to the Countess of Mansfield, of the historic Scone Palace in Scotland. Lady Mansfield and the Duchess enjoy a wonderful conversation, where we hear the moving story of one of Britain’s first black aristocrats. Listeners learn about the 'Stone of Destiny' and the role Scone played as the crowing site of Scottish King's, and Lady Mansfield explains the origins behind one of Scone’s great treasures: Marie Antoinette’s writing desk.

“These houses need life. They need people. They only come alive when people are in them.” - the Countess of Mansfield

“In a stately home you become a jack of all trades. You’re always juggling. The most important thing is attention to detail.” - the Countess of Mansfield

“You are walking in the footsteps of Robert the Bruce, Macbeth. The way I explain it to people is: ‘Scone is the Westminster Abbey of Scotland.” - the Countess of Mansfield

“In heritage, you can’t afford to stand still.” - the Countess of Mansfield

“I want people to take away a sense of history. I want them to feel the Palace is alive.” - the Countess of Mansfield

The Countess of Mansfield had a varied career, including working at Christie's and as a professional chef in London, before marrying her husband, the 9th Earl of Mansfield Alexander Murray, in 1985. The couple have four children together. Under their tenure Scone Palace has seen the estate become a major Scottish tourist attraction.

The land Scone Palace sits on is steeped in mysticism & ancient history. Originally a gathering place for the Picts, Scone is the site of the 'Moot Hill': the crowning site of Scottish kings, from Macbeth to Robert the Bruce. Scotland's first parliament meeting was opened at Scone, and the estate has been the home of the Murray family since 1604. The history of the Earls of Mansfield is storied and distinguished, but one of the greatest Earls is the 1st Earl: William Murray. William would become one of the most venerated lawyers in history and, perhaps most significantly, his legal decisions helped form the basis of the abolition of slavery in Britain, whilst simultaneously raising his biracial relation: Elizabeth Dido Belle, marking a crucial moment in British racial history. As the crowning place of Scottish kings, Scone now is one of Scotland’s great tourist destinations - bringing Scottish history to life, hosting events annually, and housing treasures such as Marie Antoinette’s writing desk.

Emma, Duchess of Rutland, grew up far away from the world of the aristocracy. Born Emma Watkins, the Duchess grew up the daughter of a Quaker farmer, in the Welsh countryside. She trained as an opera singer in the Guildhall School of Music, and worked as a successful interior designer before meeting her future husband David Manners, the 11th Duke of Rutland, at a dinner party. Their marriage in 1992 thrust Emma into a new world, which included the responsibility of preserving one of the nation's greatest stately homes: Belvoir Castle. While simultaneously running the day to day operations of the castle, and raising five children, the Duchess became fascinated with the history and importance of the other stately homes of the UK. Join Emma as she embarks on a wonderful journey through time, to learn more about the incredible homes that have defined Great Britain and, most importantly, meet the other extraordinary women who work tirelessly in the background, to preserve their homes history and magic for future generations.