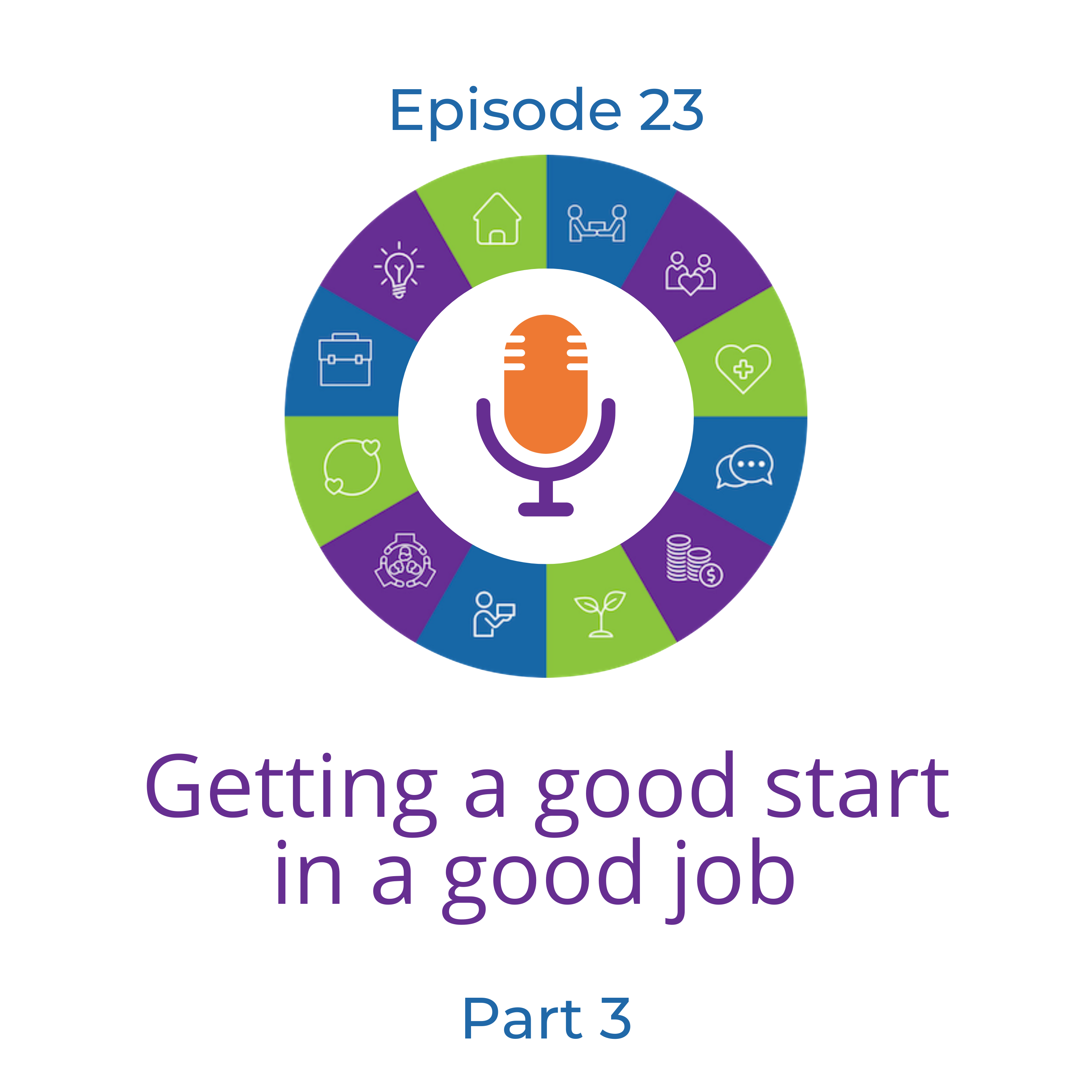 Much has been learned through the years about open employment. There is much evidence that shows what works and what doesn’t work. When the well-established guiding principles of customised employment are applied, desirable results will likely follow.

In this presentation, we will look at how a local family applied these principles in the workplace.

Jack Kruger, a recent school leaver, will provide an overview of his work roles over the years. He’ll explain how these have led to him securing employment at Government House in Canberra.

Finally, Milton Tyree will connect Jack’s story with the customised employment principles that he described in his pre-conference webinar.

This session has been split into three parts. This is part three.

Milton, who is based in the US, has professional and personal experience over decades of helping people with disabilities have strong work roles. He uses the principles of SRV (Social Role Valorisation) as a foundation for his work.

Milton helps individuals and organisations include, involve, and appreciate people who are so often unknown, misunderstood, and rejected. He’ll share his insights about customised employment and how to get the job set up well right from the start.

In 2013, Milton received The Marc Gold Award for Employment. This award is presented annually to an individual who has significantly contributed to increasing access to community and integrated employment for people with significant disabilities.

Milton is a Project Associate for the University of Kentucky. He owns Milton Tyree Employment Consulting LLC.

Jack Kruger is a CrossFit member, bike rider, movie enthusiast, employee, Learner driver, friend, and happens to have Down syndrome.

Jack attended local schools along with his sisters, and as a result, he is well known in his community. He finished school in 2020 at Daramalan College in Canberra.

Jack started his working life at the age of 14 and held several jobs while still at school. Since leaving school, Jack has been crafting a meaningful week of work, study, sport and leisure time. He is currently working as an After-School Care Educator and as a Government House Household officer.

Julia Shumaker is in her early 20s, a good friend to many, and a vibrant member of her community. She has a keen interest in teaching and supporting people to thrive. Julia has been working alongside Jack Kruger in various roles over the last 4 ½ years. One of her most impactful roles has been as Jack’s job mentor.

Julia has been learning about customised employment through workshops and mentoring. Implementing this learning has resulted in some wonderful employment outcomes for Jack.

As well as working with Jack, Julia runs her own small business. She is a member of a local dance studio and enjoys being outside with nature.

Jan Kruger is the Executive Director of Imagine More. She has been a strong advocate for people to live valued and inclusive lives for many years.

Jan’s son, Jack, has been her most valuable teacher. He’s helped her understand how to support people with disability to get the good things of life by following a typical life path. Jan’s ongoing study of Social Role Valorisation (SRV) taught her the importance of valued roles. She became aware that valued roles allow people to participate in and contribute to their community, and relationships can flourish. The SRV framework now guides Jan’s family and Imagine More. Jan has also invested in learning about customised employment. This knowledge was invaluable in preparing Jack for life after school.

Jan and her family continuously work towards building an ordinary, inclusive life for Jack. Over the years, the family have seen Jack flourish and become a valued member of his community.

Resources mentioned in this presentation