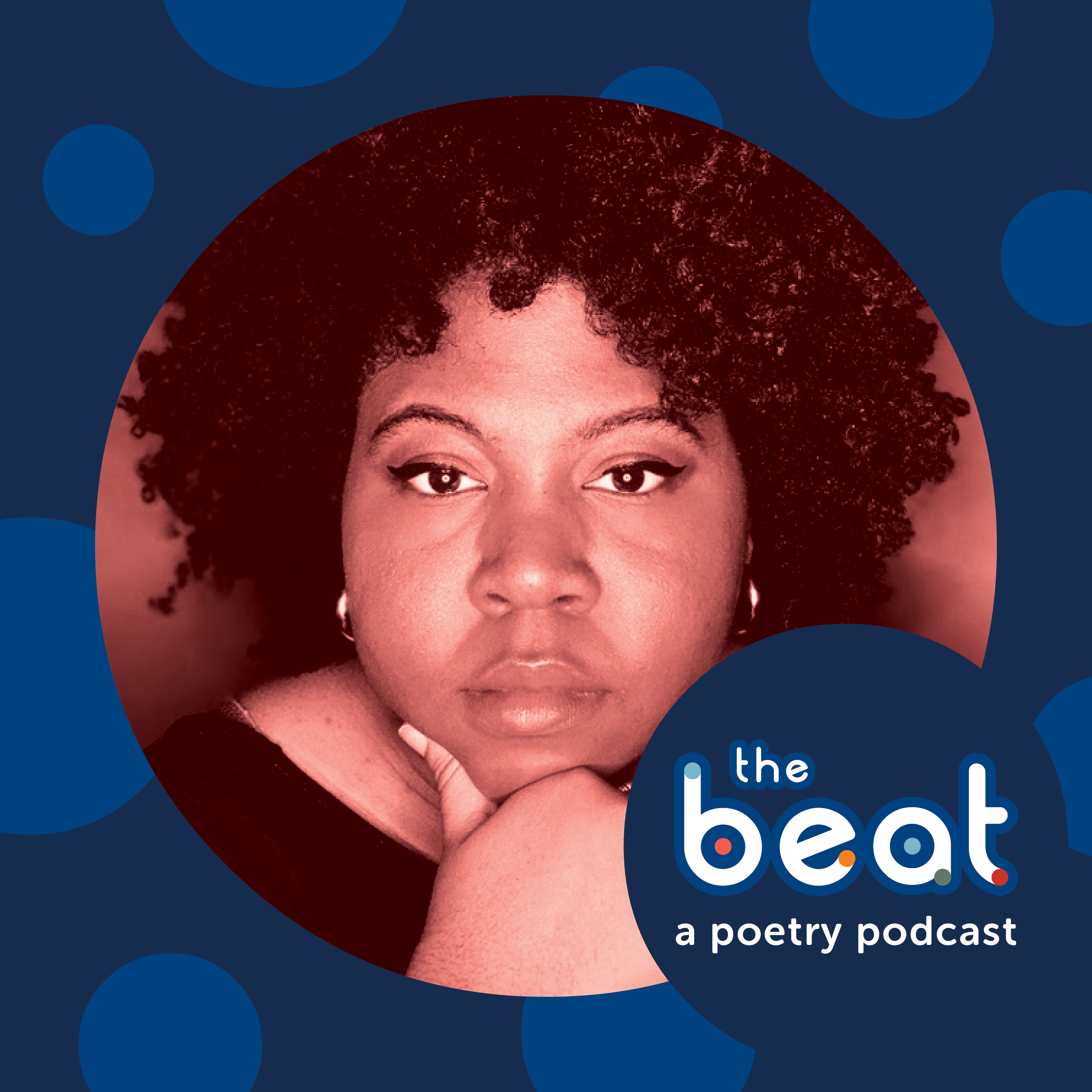 Phillis Wheatley Peters was abducted in West Africa and brought to Boston where she was sold as a slave when she was around seven year old. Her first and only book, Poems on Various Subjects, Religious and Moral, was published in 1773. She was in poor health for most of her life, and she died in her early thirties. According to the Smithsonian Institute, she was the “first American slave, the first person of African descent, and only the third colonial American woman to have her work published.”

"On Being Brought from Africa to America" at poets.org

Jones’ Bio and Poems at the Poetry Foundation

Interview with Ashley M. Jones at The Reckon

“How to Become a Poet: A Conversation with Ashley M. Jones” at The Rumpus

Bio and Poems at the Poetry Foundation

Thank you for listening and sharing this podcast. Explore life-changing resources and events, sign up for newsletters, follow us on social media, and more through our website, www.knoxcountylibrary.org.

Welcome to Season 2 of The Beat. We’re changing things up a bit for the next several episodes. Many of the poets in Season 2 have recorded, in addition to their own work, some of their favorite poems by poets from other eras. Today’s episode will feature three poems recorded by the amazing Ashley M. Jones, the newly appointed Poet Laureate for the state of Alabama. She’s Alabama’s first African American Poet Laureate, and she’s also the youngest. Here are the poems “Think of a Marvelous Thing / It’s the Same as Having Wings” and “Harriet Tubman Crosses the Mason Dixon for the First Time,” by Ashley M. Jones. Jones follows by reading “On Being Brought from Africa to America,” a poem by Phillis Wheatley Peters that was published in 1773.

You fly on your bike through the west side of Birmingham

You fly cause you a man, no three fifths about you

You fly, your tshirt catching air like a cloud

You fly cause your edge up is fresh

You fly and you know it

You fly, but at the end of the street the night still swallows you whole.

“Harriet Tubman Crosses the Mason-Dixon for the First Time”

This light, the glory of my name,

the way it wrapped around me, Araminta,

I didn’t see the line when I crossed it—

only light, making everything new;

here, they say the winters spill out,

white a boll inside my palm;

the sun sheds its effervescence through the leaves;

I touch the place where the master split my head with iron,

even that imperfection is brilliant here;

wash my body in hot joy;

or, maybe I’ll trap it in my hands, twist it into a golden basket—

my harvest will strip every tree beneath the Mason-Dixon,

I will rob them of their stolen light.

Phillis Wheatley Peters was one of the first African American poets published in the U.S. She wrote in traditional forms, and I think her work was much more biting and critical of the white, Christian oppressor than folks realize.

“On Being Brought from Africa to America”

'Twas mercy brought me from my Pagan land,

Taught my benighted soul to understand

Once I redemption neither sought nor knew.

Some view our sable race with scornful eye,

"Their colour is a diabolic die."

May be refin'd, and join th' angelic train.

You just heard Ashley M. Jones reading “Think of a Marvelous Thing / It’s the Same as Having Wings” and “Harriet Tubman Crosses the Mason Dixon for the First Time.” The third poem Jones read was “On Being Brought from Africa to America” which was written by Phillis Wheatley Peters. Jones was kind enough to record these poems for us at her home in Birmingham, Alabama. Ashley M. Jones is the newly appointed Poet Laureate of the state of Alabama. She holds an MFA in Poetry from Florida International University, and she is the author of the books Magic City Gospel, dark / / thing, and REPARATIONS NOW! Her poetry has earned several awards, including the Rona Jaffe Foundation Writers Award, the Silver Medal in the Independent Publishers Book Award, the Lena-Miles Weaver Todd Prize for Poetry, the Lucille Clifton Poetry Prize, and the Lucille Clifton Legacy Award. Her poems and essays have appeared or are forthcoming in Poetry Magazine, The Oxford American, Obsidian, Origins Journal, and on CNN’s website. She teaches Creative Writing at the Alabama School of Fine Arts and also at the Low Residency MFA program at Converse College. She is the founding director of the Magic City Poetry Festival in Birmingham, Alabama, and she recently served as a guest editor for Poetry Magazine. The poem “On Being Brought from Africa to America” was written by Phillis Wheatley Peters. Wheatley was abducted in West Africa and brought to Boston where she was sold as a slave to John Wheatley when she was around seven years old. In her early teens, Wheatley began to write and publish poems. Her first and only book, Poems on Various Subjects, Religious and Moral, was published in 1773. According to the Smithsonian Institute, she was the “first American slave, the first person of African descent, and only the third colonial American woman to have her work published.” She was eventually freed from slavery, sometime between 1774 and 1778. In 1778, Phillis Wheatley married a free black man, John Peters, and they had three children, all of whom died at an early age. She attempted to publish a second volume of her work, but she had difficulty finding support for the publication. As a result, many of her poems were lost. She died in 1784 when she was around the age of 31 (she’d been in poor health for most of her life). Look for books by Ashley M. Jones and Phillis Wheatley Peters in our online catalog or call us at the Reference Desk at Lawson McGhee Library. Also look for links in the show notes. Please join us next time for The Beat.

Receive notifications when new episodes are released.
Visit our website for life-changing resources.