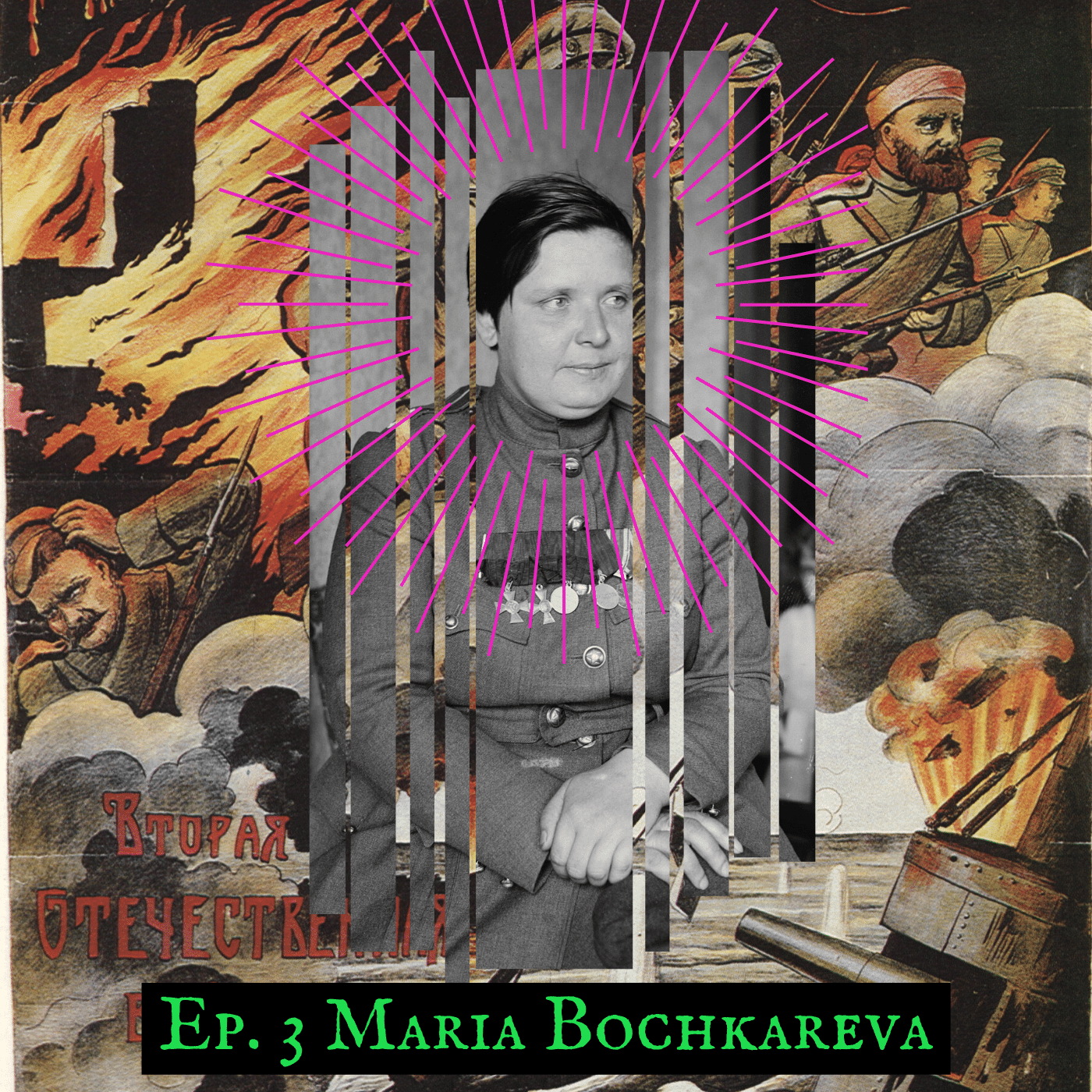 Maria Бочкарёва & the Battalion of Death

"Day and night my imagination carried me to the fields of battle, and my ears rang with the groans of my wounded brethren. The spirit of sacrifice took possession of me. My country called me. An irresistible force from within pulled me."

So said Maria Bochkareva in her 1917 memoirs, recounting the passionate impulse that compelled her to join the Russian Army at the outbreak of war in 1914. In just six short years she would become Commander of the inaugural Women's Battalion of Death, prove a short-lived democratic government's staunchest ally, and be the proud recipient of a rather garish golden pistol.

Maria Bochkareva propelled women onto the frontline of combat with a passionate ass-kicking bravado rarely seen before - or since.

Stoff, Laurie. They Fought for the Motherland: Russia's Women Soldiers in World War I and the Revolution (2006). Print.