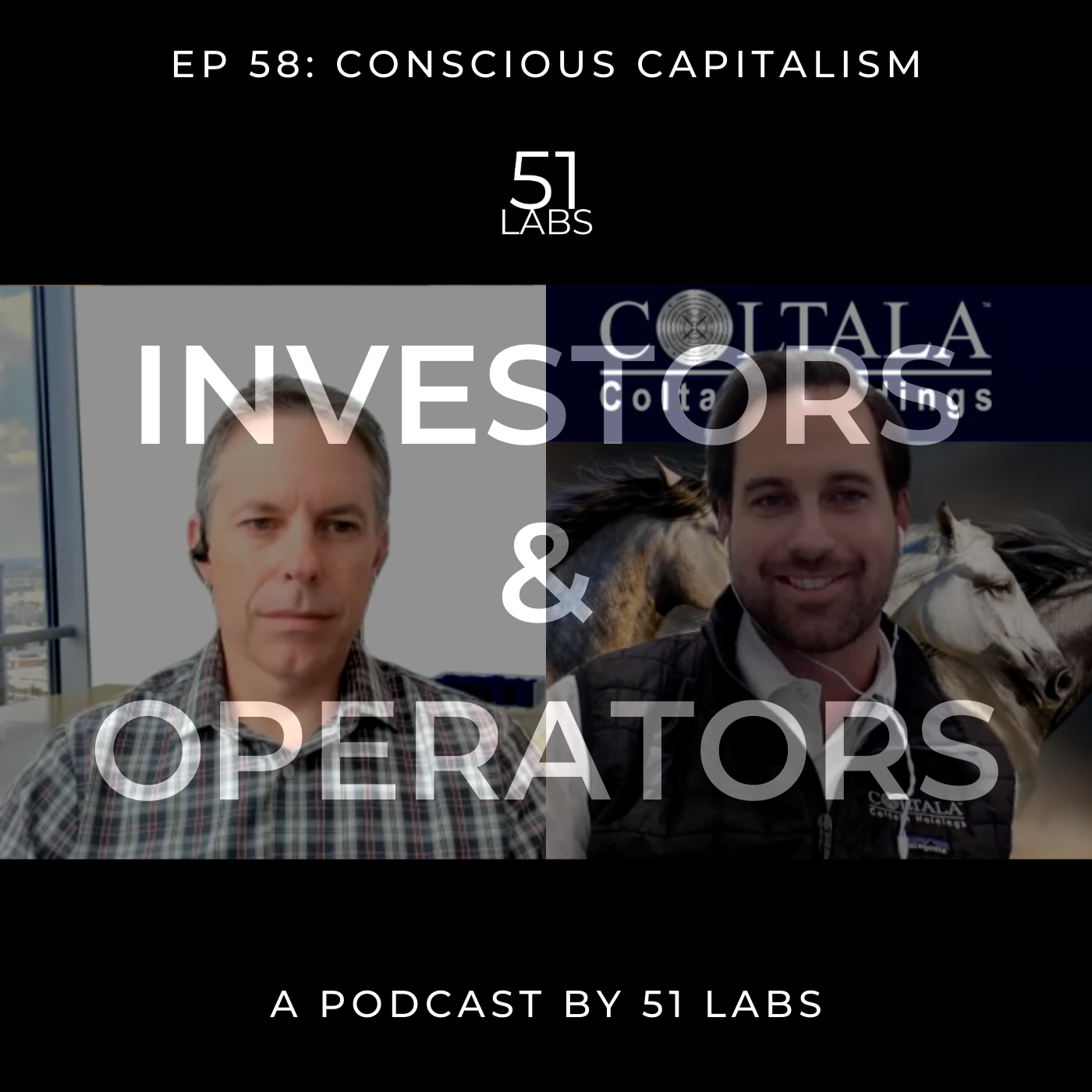 On this episode of Investors & Operators, Jordan sits down with Edward Crawford (Coltala Holdings) and Sunny Vanderbeck (Satori Capital) to discuss Conscious Capitalism. Together, they cover:

Sunny is co-founder of Satori Capital, a multi-strategy investment firm founded on the principles of conscious capitalism. By providing real-world insights from its experienced team and long-term funding with no fixed time constraints, Satori acts as a true partner for its portfolio companies as it challenges them to pursue extraordinary outcomes for all stakeholder groups.

Before founding Satori, Sunny co-founded and served as CEO of Data Return, a leading provider of managed services and utility computing. The company sustained 40% quarter-over-quarter growth for more than three years and reached a $3 billion market capitalization, making Sunny one of the youngest CEOs ever to lead a Nasdaq-listed company. For more than a decade, Sunny led the company through all phases of growth and transformation, received numerous honors including an “Entrepreneur of the Year” finalist designation from Ernst and Young, and nurtured a conscious culture for all of the business’ stakeholders.

His experiences with building, selling, buying back, and re-selling Data Return, along with his subsequent involvement with dozens of private businesses at Satori, led Sunny to publish his first book, Selling Without Selling Out: How to Sell Your Business Without Selling Your Soul. The book serves as a roadmap for business leaders who face the unique challenges and quandaries involved in selling a business or taking on a financial partner. Drawing on hard-won wisdom earned through decades of experience, Sunny and other business founders and CEOs provide pragmatic guidance on navigating the complicated ins and outs of the sale process while preserving what matters most.

Prior to founding Data Return, Sunny served as a Section Leader of the 2nd Battalion, 75th Ranger Regiment and led technical teams at Microsoft. Both roles helped him learn the value of principled leadership in extraordinarily challenging situations. Sunny continues to share his thoughts on leadership, strategy, business operations, and long-term value creation as a sought-after speaker and as an advisor and board member to several private companies. He is also a long-standing member of YPO (formerly Young Presidents’ Organization), where he served as the North American co-chair of the organization’s sustainable business network and co-founded the YPO Entrepreneurship and Innovation Network, which helps more than 3,500 president and CEO members accelerate the growth of their businesses.

EDWARD CRAWFORD is Co-founder and President of Coltala Holdings.  Prior to co-founding Coltala, Edward was a Managing Director at Avesta Holdings, where he led business development activities, identified capital and acquisitions, special situation opportunities and managed key investor relationships. Edward helped build Avesta’s business to include over 320 employees, $1billion in assets and $100 million in revenue.

Prior to joining ACP, he served as a Peace Corps volunteer in the Dominican Republic where, at age 23, he founded a four-member coffee cooperative and grew it to include more than 200 coffee farmers with access to global markets.

Edward is a trustee on the Business School Council at The Freeman School of Business at Tulane University, a Co-Founder of War Veterans Fund, and is a Term Member of the Council on Foreign Relations.

As a U.S. Naval Intelligence Officer, Mr. Crawford served with Special Operations Command South in Latin America. From 2012-2013, he was deployed to Afghanistan as the Tribal and Political Adviser for SEAL Teams Two and Four in support of a Special Operations Task Force. He was awarded the Bronze Star for his service.

Edward holds an MBA from the MIT Sloan School of Management and he is an MIT Sloan Leadership Fellow. He holds an MA, GMBA from Tulane University in Latin America Studies / Finance, where he was also a Morton Aldrich Fellow, a FLAS Fellow and a Cowen Scholar. Edward holds a BA from Texas Christian University in English Literature.