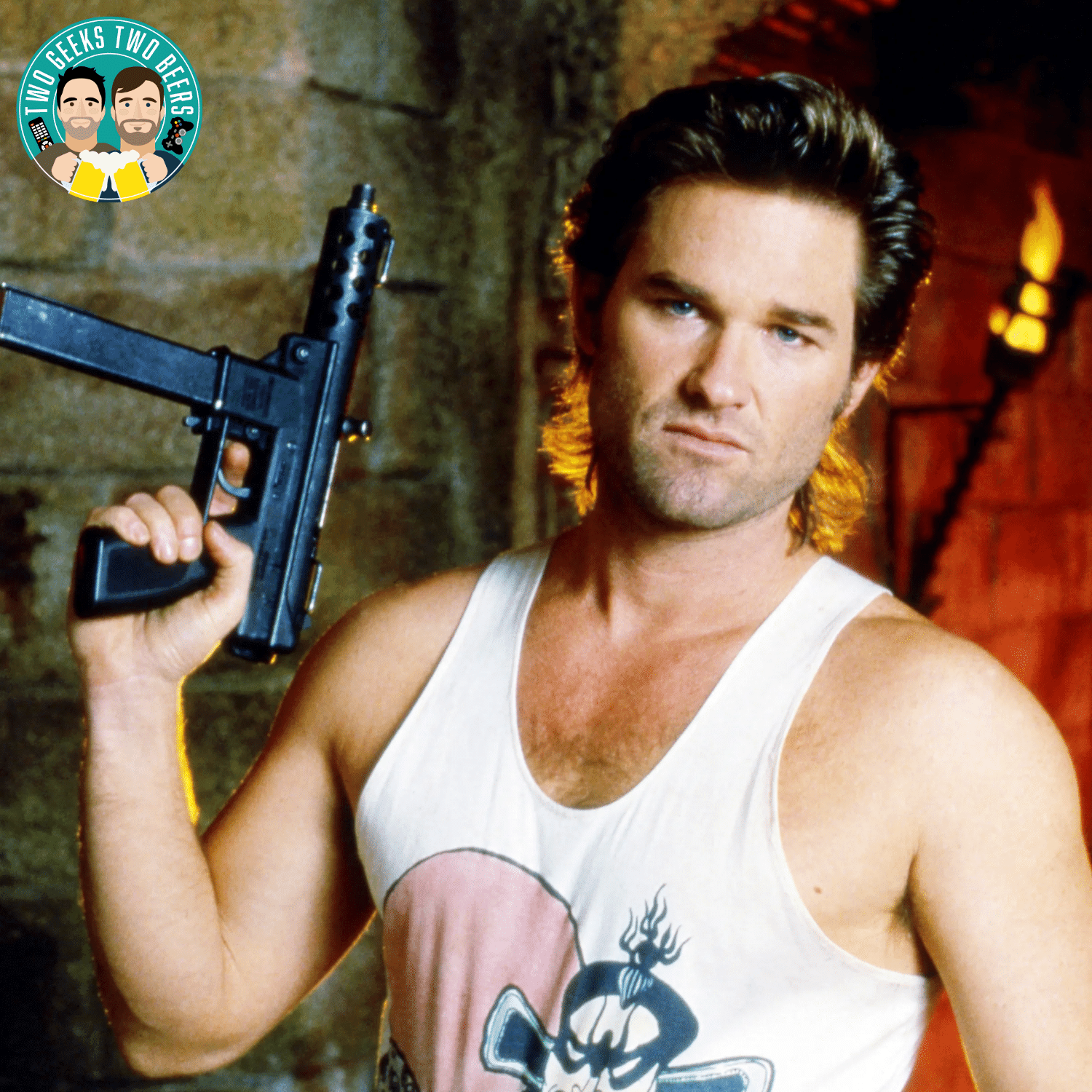 This is Two Geeks, Two Beers and we’re talking to whoever’s listening out there… we’re a couple of reasonable guys, who’ve just experienced some very unreasonable things.

For this episode, Morgan is teaching Tom all about… Big Trouble in Little China!

We were both fans of this film growing up, and Morgan realised while researching the episode that it’s actually one of his all-time favourites to this day!

Starring Kurt Russell and Kim Cattrall and directed by John Carpenter, the 1986 film had everything: romance, comedy, martial arts, action and fantasy. It had a fantastic cast, including brilliant supporting roles Dennis Dun, James Hong and Victor Wong.

This podcast episode sees us go off on tangents about the 3 Ninjas franchise and the bonkers film Buckaroo Banzai. Plus, we look back on Big Trouble’s rival film The Golden Child starring Eddie Murphy.

Morgan also comes up with a new phrase about questionable film facts called ‘IMDBatable’. And he isn’t sure about Tom’s choice of Seann William Scott taking over from Kurt Russell in a potential sequel.