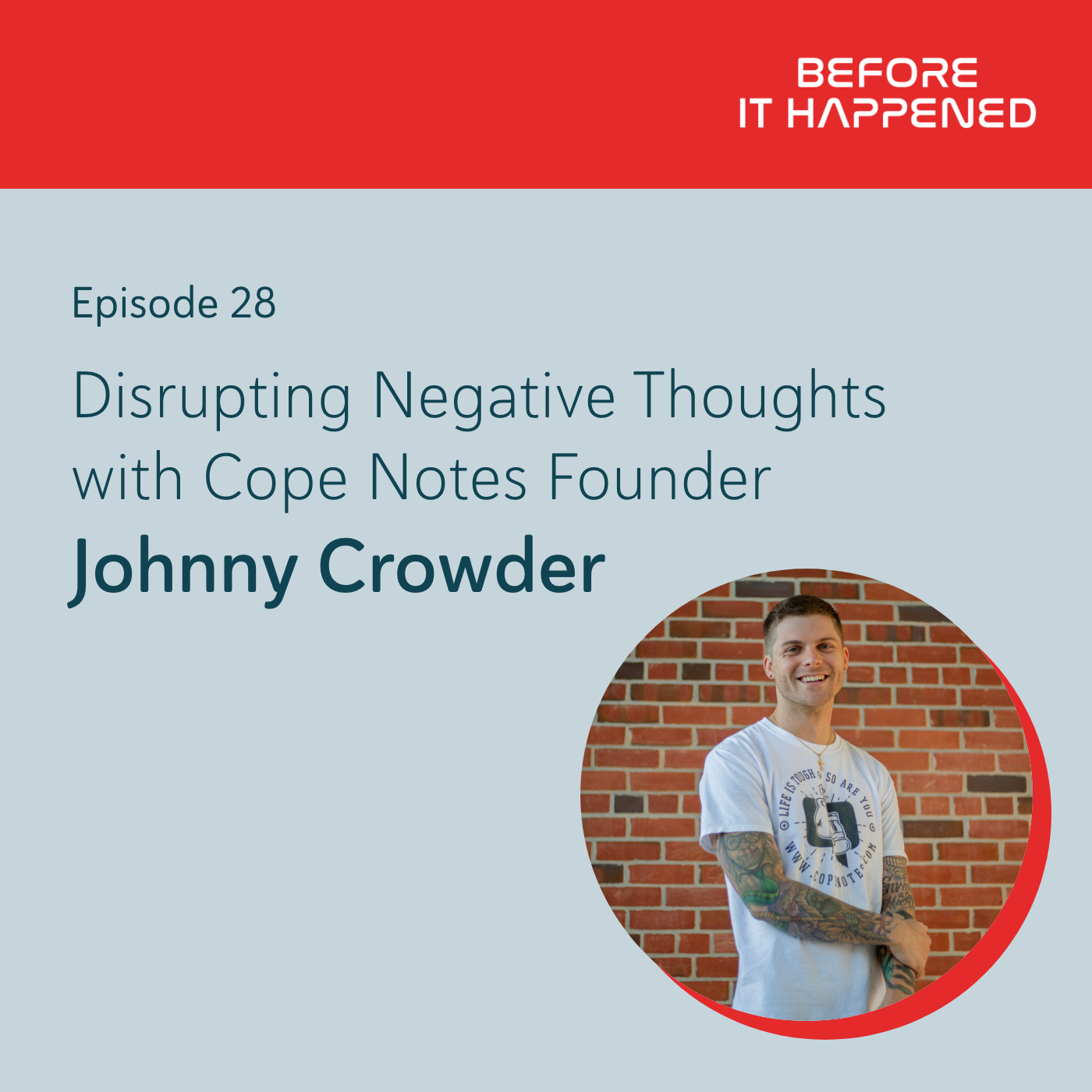 Johnny Crowder is a lot of things. He's an entrepreneur, the lead singer of the heavy metal band Prison and a TEDx speaker. Today, Johnny Crowder joins the show to share the story of how he created Cope Notes, a company that sends text messages combining peer support and positive psychology to help improve its users’ mental and emotional health. During the discussion, Donna and Johnny talk about his own struggles with mental health, his schizophrenia diagnosis, how he discovered music and the decisions that led him to becoming the leader of a groundbreaking technology company. Listen to this episode to discover how we can use technology to slow down and create new patterns of positive thinking.

(01:36) - Johnny Crowder, a motivator and enabler of empowerment - “We never really learned the correct way to control your temper or to treat other people the way you would want to be treated.”

(04:07) - Johnny’s creative development and musical influences during his early years - “I still love rap. I still love acoustic music. I like some pop, but rock was the thing that made my eyes wide and made me think: I want to do this.”

(08:01) - On Johnny’s first band’s style - “I was not interested in being vulnerable or showing my goofy side or anything like that. I wanted to be heavy and scary.”

(09:59) - Discovering music as a coping mechanism - “I went to my room and I picked up my guitar and I just started playing anything that came to my mind. In five minutes my heart rate slowed down and I started breathing more clearly.”

(17:46) - Choosing a career path after high school - “Psychology is what I wound up going to school for and I had no idea that I would be running a mental health technology company at this age.”

(22:18) - How sticky notes and encouraging text messages evolved into a company - “I was very surprised to see how many people resonated with that, cause it was a shot in the dark for me. I just texted people what I wish somebody would have texted me.”

(32:23) - App community, the power of randomness and who’s behind the messages - “No two people ever get the same text at the same time. You never know when we're going to text you, but over time those interruptions to your day interrupt negative thought patterns and train your brain to think in healthier patterns.”

(34:44) - Gratitude, self stigma and why optimism is the challenge of the century - “This is supposed to help me lower my self stigma and accept myself and feel unashamed of what I'm going through and not judge myself for what I'm experiencing.”

Read Forbe’s The Next Evolution Of Digital Mental Health Support