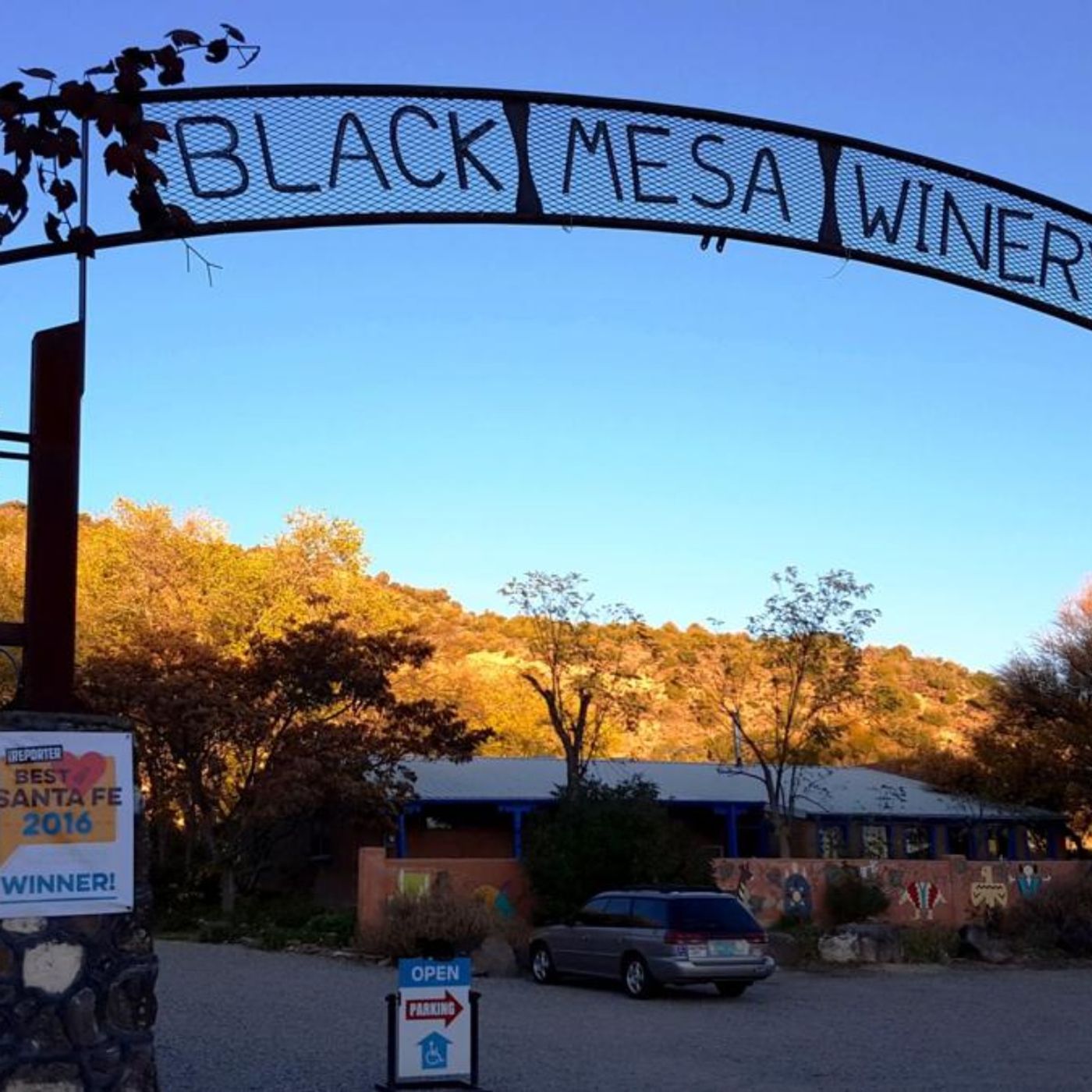 Well, New Mexico food is sort of a blend between Native American food and Mexican food is the best way I can describe it. Obviously, the red and green chili's are big, here and everyone's got their own recipe for that. So if you went to one restaurant, it's going to have different red and green in the spice level is going to be different than in the restaurant down the street. So our wine is definitely made for that sort of pairing. They're not really heavy either. So you know, some of the Napa cabs can run up 16 percent and ours are really right in between 12 and 13 percent. Just because they're lower in alcohol and because of the area, they're going to be a little bit higher in acid. So they're going to be very friendly like this. The kind of heat would go with slightly sweeter, would go great with that spicy food. So we've got actually recipes on our website. If you look under wine cider and food pairings, we'll have the hard cider, the ones that go to the hard, hard cider, the white wine, and the red wine. We've got 15. And it's working with that same chef that we use with our virtual tastings as well. So she participates in that. You're not cooking food on the property, right? We don't. But the chef that I've been talking about, she makes these makes Merlot popsicles. So we have those in our freezer. And then we also have this crostini box. She makes these homemade crostini and then blends them in with the local feta cheese and pistachios actually look pistachios from out of the dessert and local honey. So it's a really nice pairing with one of our whites. So when they get the crostini box, they get a half glass of white wine of their choice. But then other than that, we do have snacks. I mean, we try to stay local and we get local beef jerky and chips. And, you know, just something to nosh on with your tasting, Since you have such a large variety of wine and cider selections, I know it's going to be tough, but could you narrow it down to some favorites? There are two palates that we see on a daily basis. The ones that like the sweeter of the ones like the dry ones, the most popular for the dry wines. People really like the Montepulciano because it's number one at the vineyard.