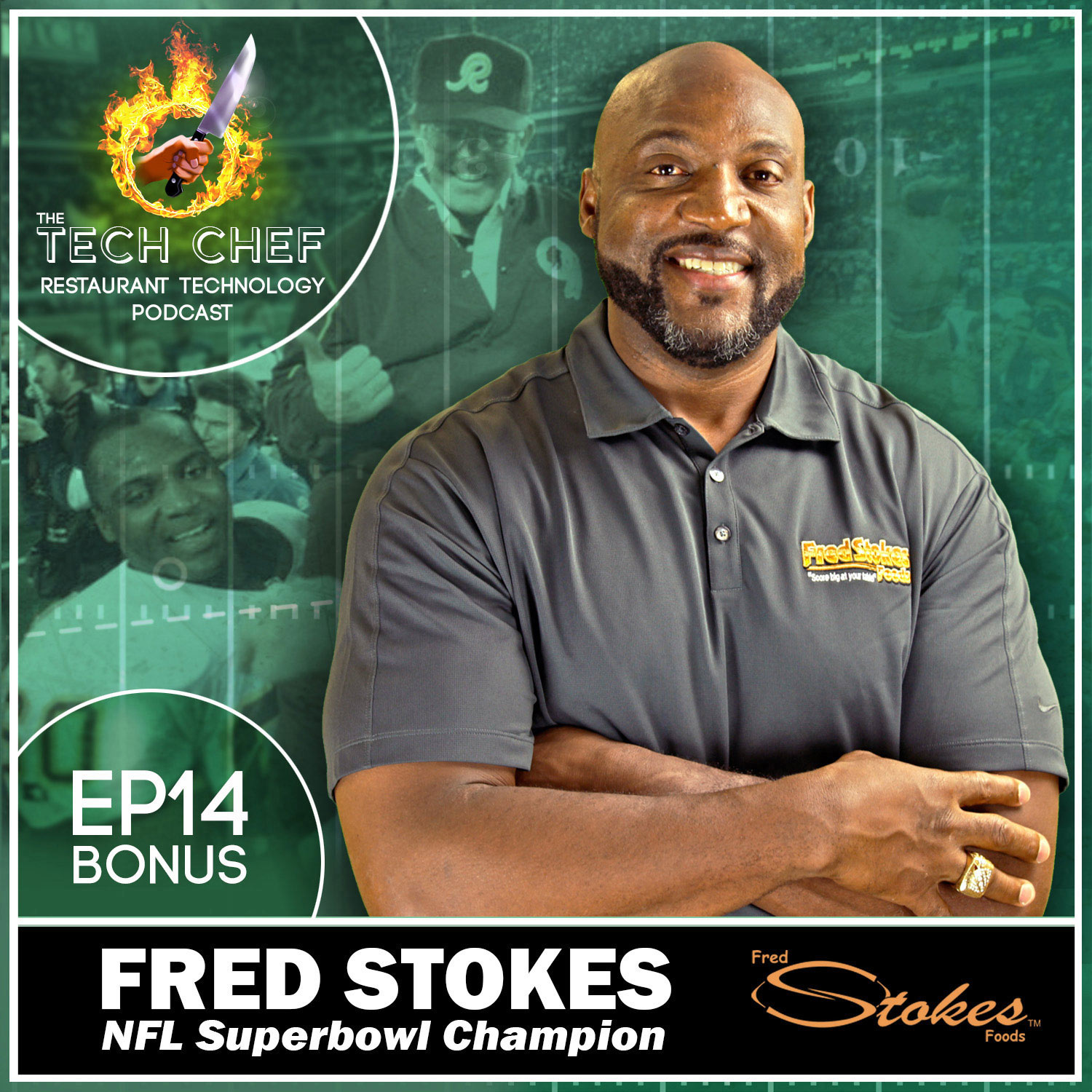 Just to let you know, if you are looking for technology tips and tricks, this bonus episode does not have any.  Next Tuesday starts back in with our regular schedule where the Tech Chef brings you all the latest and greatest restaurant and hospitality information.   I met Fred several months ago and I knew immediately I had to share his story.  Back then I didn’t even have this show up and running but he immediately came to mind as I started planning out my episodes.

Fred Stokes has a personal mission to positively enhance the life of every person who comes across his path. His down to earth personality and his uncanny ability to connect with people is what sets Fred Stokes apart from other speakers/athletes of his caliber…

While attending high school in Vidalia, Georgia, Fred excelled in basketball and track. However, it wasn’t until his senior year that he decided to play football.  As a result, Fred was offered a full scholarship to play football for Georgia Southern University in Statesboro, Ga. under the legendary coach, Erk Russell. While at Georgia Southern, Fred played a vital role on two National Championship teams (1985 and 1986).  Fred was only one of two players on his team voted First Team All-America after his senior season as an Offensive Tackle.

Fred was drafted into the National Football League where he would spend the next ten years playing Defensive End for the Los Angeles/St. Louis Rams, Washington Redskins, and the New Orleans Saints.  Fred had the awesome privilege of playing in, and winning, Super Bowl XXVI with the 1991 Washington Redskins against the Buffalo Bills. In that game, Fred recorded two and half sacks, a forced fumble and recovered another.  Fred’s Redskins teammates affectionately labeled him “Big Play Stokes” because of his knack for making a big play at the right time of a game.

Fred is a highly sought-after Keynote Speaker, delivering his thought provoking motivational/inspirational messages on the main stage, in workshops and at weekend retreats.  He is also a part of the Vistage Speakers Bureau.  Fred presents globally for both live and virtual events.In addition, Fred has found time to write and publish his autobiography entitled “The Bridge That Brought Me Over”.  Fred and his wife Regina have three boys: Lance, Landon and Luke.

What is the oddest thing you have ever eaten and your experience around that; where was it at, ambiance, did you like or or hate it? Leave a 1-2 minutes long message at 954-302-0851 and you will be entered for a $50 Amazon gift card which will be given away in September.  Remember, you can’t enter if you don’t leave us a voice comment!    You can also click on the little icon on the right hand side of the screen that says “Send a Voicemail.  Record your comment right in the browser!

Check this week for a Fortinet Firewall Giveaway that will launch on social media!

We are back to our regular schedule next week and it looks like we are going to be able to release the White Castle episode that I told you about in Episode 13.  They have a great technology story to tell combined with a big technology announcement!  You will hear all about it right from the source as I talk to industry rock star, Susan Carrol-Bosser, VP of Technology and  Mike Guinan, Vice President Operations Services.