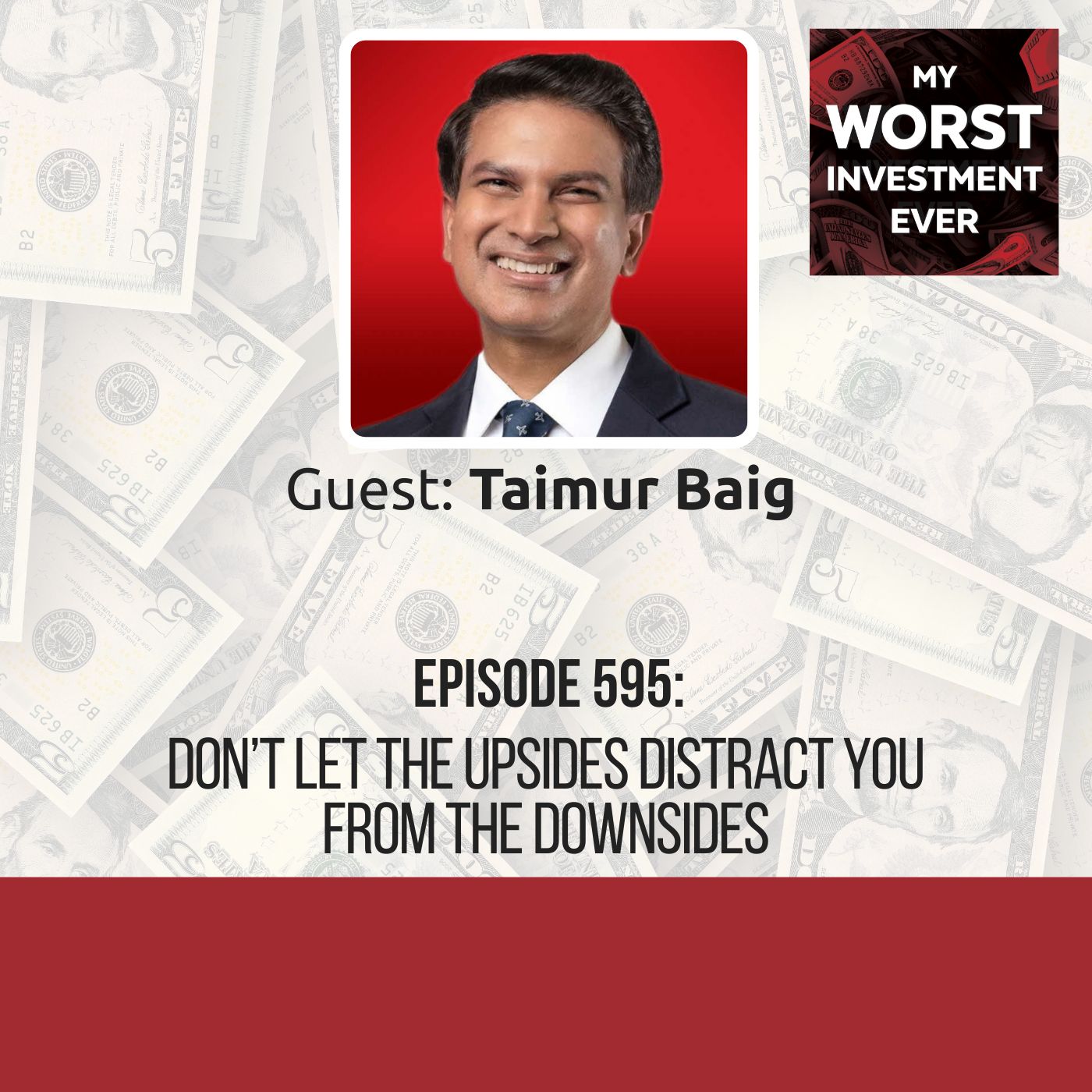 STORY: Taimur invested in his friend’s hedge fund that was dealing with Iraqi stocks. He lost 50% of his investment after the country entered a war three years later.

LEARNING: Don’t get swayed by the upside and forget about the downside. Always analyze the risks, especially when the deal seems too good.

“Don’t get swayed by greed and the potential upside, and forget about the downsides.”

Taimur Baig heads global economics as well as macro strategy for interest rate, credit, and currency at DBS Group Research. He is a Director Fellow at the Asian Financial Think Tank and a council member of the Economic Society of Singapore.

Before joining DBS in 2017, Taimur was a Principal Economist at the Economic Policy Group, Monetary Authority of Singapore. Earlier, he spent nine years at Deutsche Bank, where his last position was Managing Director and Chief Economist, Asia.

During 1999-2007, Taimur was based in Washington, DC, at the headquarters of the International Monetary Fund, where his last position was Senior Economist. He is the host of the Kopi Time Podcast.

In 2012, Taimur’s friend—a Wall Street success story—who ran a hedge fund was pivoting to geopolitical bets. The idea was to invest in stocks in countries just recovering from war. Taimur was impressed by his success in the 2000s and had a lot of respect for him. So he started following the setting up of this fund.

The fund’s first investment idea was Iraq. The country had had 10 years of massive conflict. But after a decade of death and destruction, the country was coming together, and there was some peace in place. There was huge potential for the US Iraqi stock market to make an earnings growth of about 40% a year. This was the mother of all bull markets to latch on to.

Taimur had little understanding of the institutional nature of the Iraqi capital market. Still, he trusted his friend, who had made trips around Baghdad with US Marines and talked to entrepreneurs and the people who were to set up and run the new Iraqi stock exchange. It all seemed very good.

The fund launched in 2012, and Taimur invested in it. By the end of 2013, things were going really well, and the value of the investment was growing steadily. Then the insurgency began, and the following years got terrible in terms of security, as well as deep disappointment in the Iraqi government’s ability to channel oil resources to support Iraq’s economic rejuvenation.

In 2016, Taimur’s friend called him from New York and informed him that he would shut the fund down. He said he’d pay Taimur 50% of his investment in that fund.

Getting into an illiquid investment is a bad idea for the average investor. Investing in liquid things is far more preferable.

Taimur’s number one goal for the next 12 months is to be a faster runner. He also wants to solve the six sides of the Rubik’s Cube a little faster.

“Just keep listening to My Worst Investment Ever. It’s an awesome podcast.”