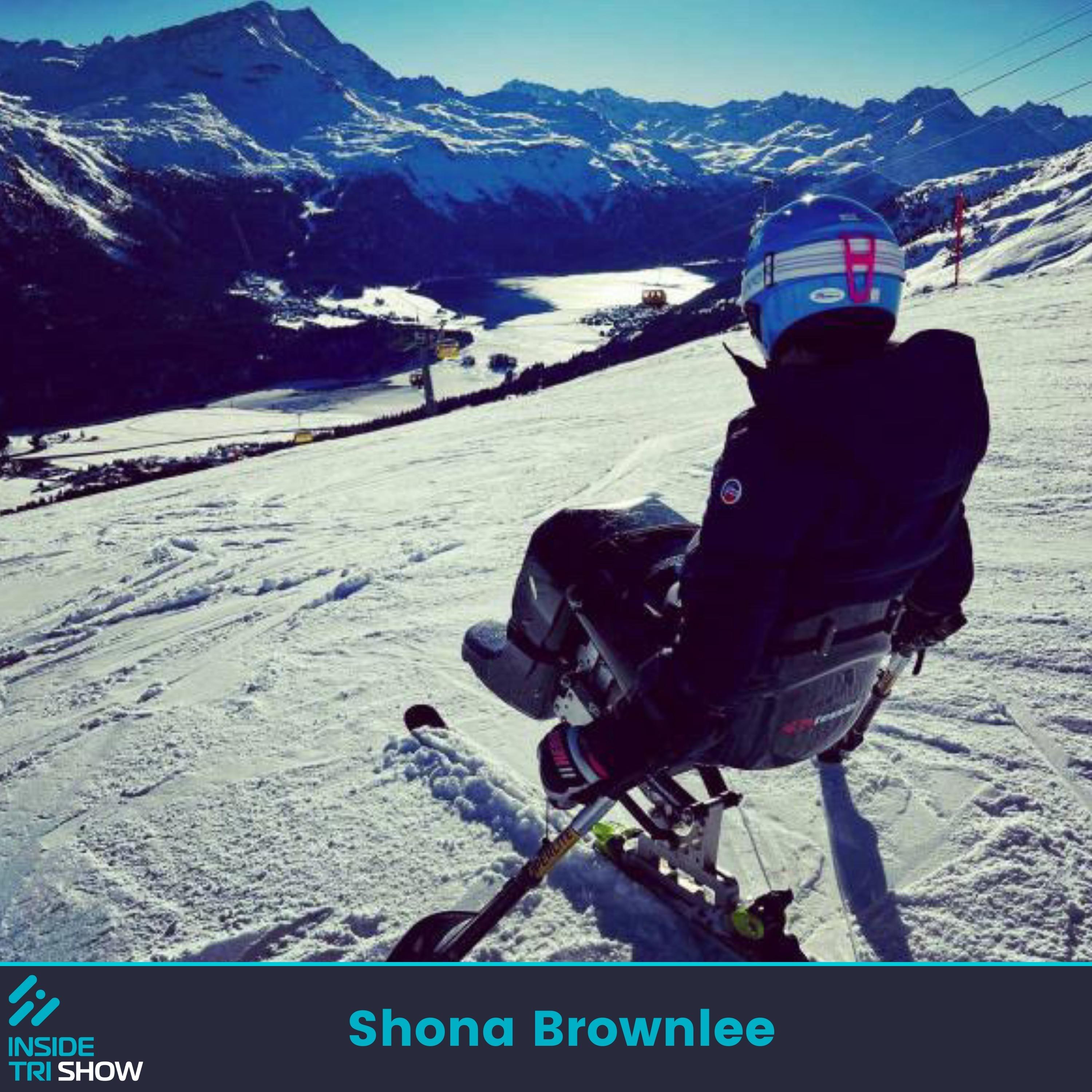 Shona Brownlee is one of those people in life that it's a joy to talk to. Shona's childhood wasn't devoted to sport, but music. She loved it and every spare minute was spent practising and rehearsing. She went on to become a professional musician, but after a while, she wanted a more secure lifestyle, so she became a musician with the RAF. During training, Shona had an accident that eventually led her to becoming a Winter Paralympian and a British Paratriathlon Champion. And, no, she isn't related to them.

07:30 Shona talks about her childhood, which was spent focussing on music. Shona talks about the similarities between dedicating your time to music or sport as a teenager. 'It became everything.' "I knew I wanted to go on and be a performance musician.'

11:30 Shona on why she joined the RAF as a musician. 'I never really considered myself as a military person, but I realised that there were loads of benefits that came with it.' 'I was really worried about the initial training, but it wasn't as bad as I had expected and it was totally different to anything I had ever done before and I knew when I came through it, the job would be entirely different.

15:30 Shona talks about the life-changing 'innocuous' accident that happened during the final part of initial training. "What we thought was a sprained ankle just never got any better and after 6 years I had an elective amputation. I had nothing to lose. Even after the surgery, it was like a huge sense of relief. I wasn't miserable, but i couldn't live like I wanted to live.'

20:00 We talk about the 'Battle Back' programme, which gave Shona the chance to go and do some skiing. 'The first time i was in a sitski, I was terrified. But it was one of the first times since my accident I was being shown what I could do.' And focussing on the positive side of things you CAN do.

23:30 How Shona talks about the process of going from being introduced to sitskiing to then competing at the highest level at the Paralympics. "I can't say I'm sorry that my accident happened as it opened up so many doors and opportunities'

27:30 Shona describes what it's like being in the start gate before a race and the nerves that came with it initially.

29:00 We talk about the similarities between music and sport. 'You've got this once chance to perform and for it to go right. I think breathing techniques I learnt through music and self awareness of the pressure I put on myself is very similar.'

32:30 Paratriathlon and why Shona did her first triathlon and went on to become 'British paratriathlon Champion.' 'I don't have the time to devote to triathlon and I will continue to do it as a little bit of fun.' 'I worked hard after my amputation to learn to run and i don't want to lose that.'

37:30 We go a bit deeper into the psyche of people telling you 'you can't do something.'

48:00 Shona's relationship with sport.' I really only took it up to get into the RAF. Sport wasn't a massive part of my life. I wasn't unhealthy but I wasn't as fit as I could be.

Resilient Nutrition - Get 10% off here via this link.