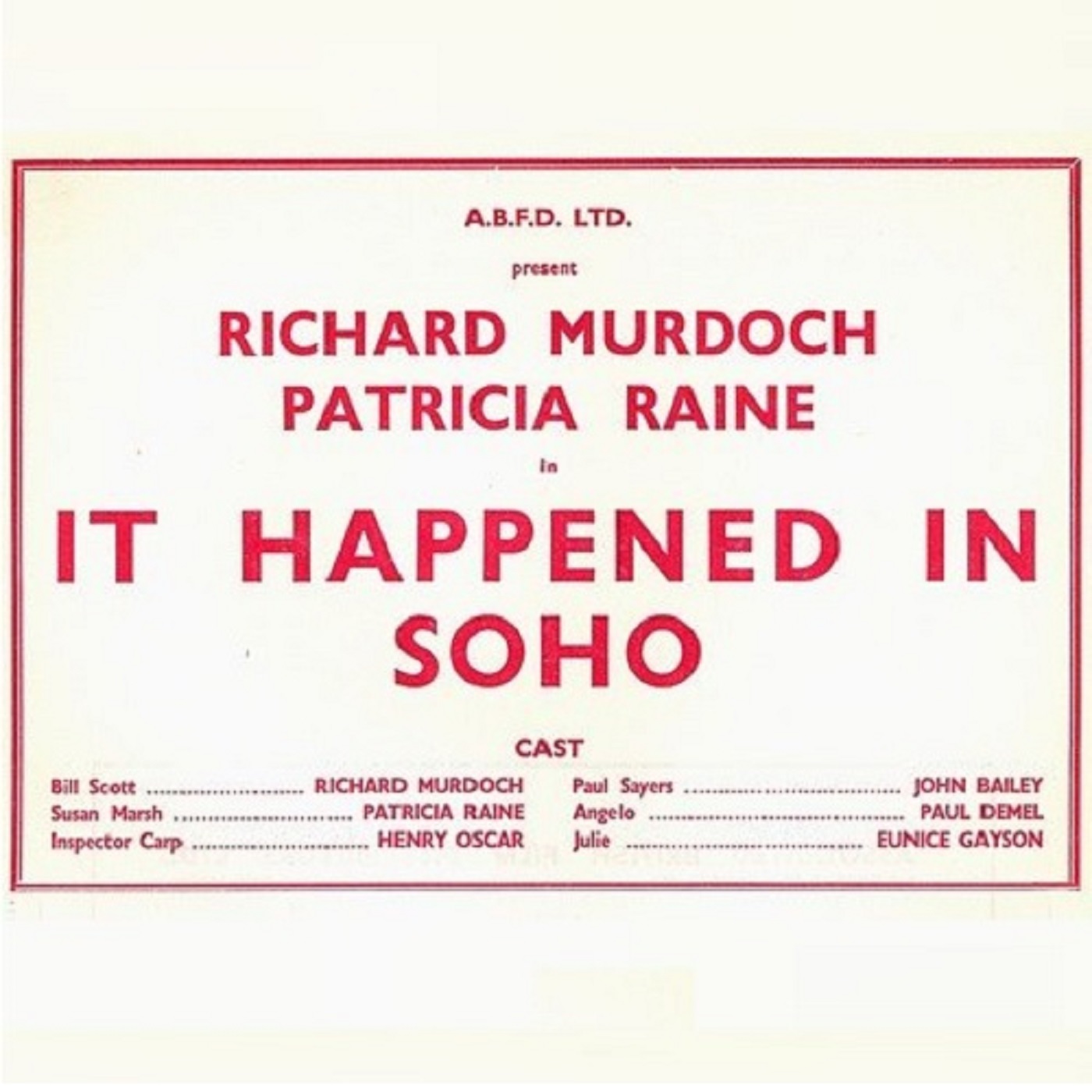 After an extended break to allow our massive team to shift its attention to our most recent podcast series, Kino Quickies, we return to Soho Bites with the 1948 murder mystery, It Happened in Soho.

It’s safe to say, the film had a very small budget and doesn’t have the highest of production values but it does boast a major star, Richard “Stinker” Murdoch.

At the time the film was made, Murdoch was a big BBC radio star, having starred, at this stage, in two huge radio comedy hits - Band Waggon with Arthur Askey and Much Binding in the Marsh with Kenneth Horne.

To talk about It Happened in Soho, we welcomed Paul Kerensa to the show.  Paul is a stand up comedian and, most importantly for our purposes, is the creator of the epic British Broadcasting Century podcast - who better to talk to about a film starring one of early broadcasting’s biggest names.

At the time of writing, It Happened in Soho is available to watch on TPTV Encore...

Watch Richard Murdoch, in later life, talking about Much Binding in the Marsh.

To begin the show, Mark Brisenden makes a return visit to Soho Bites talk about the London venue at which nearly all BBC radio comedies were recorded between 1946 and 1995 - The Paris Studios on Lower Regent St.

Mark worked on Week Ending and The News Huddlines and was the creator of Flywheel, Shyster and Flywheel - all of which were recorded at the Paris.

During our conversation, Mark points out that the 1950 film, The 20 Questions Murder Mystery, was set at the Paris.  You can watch that film at Archive.org.

The pictures Mark brought from the last night of the Paris.

Between March & May 2022,  we ran a series of screenings of 1930s quota quickie films at the Kino Cinema in Bermondsey.  Each screening was followed by a Q&A with our resident quickie expert, Dr Lawrence Napper of Kings College London and a specially invited expert guest.  We will be returning to the Kino in the autumn for season 2 but, in the meantime, you can hear the Kino Quickies podcast at KinoQuickies.com. You can also follow us on Twitter and Facebook.

The originator of Soho Bites, Dr Jingan Young, has a new book coming out all about.... guess what? Films set in Soho!  Get your copy at Foyles.