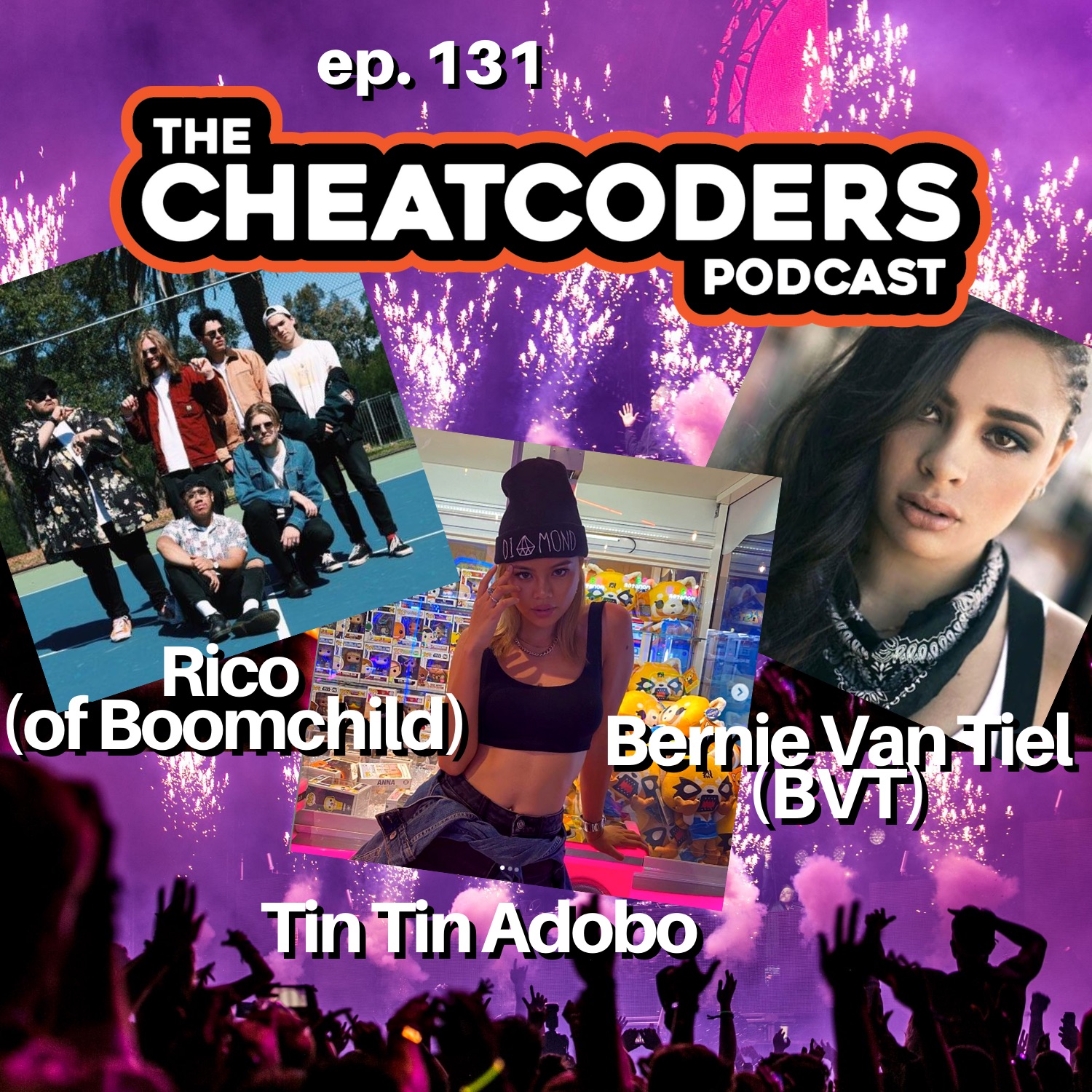 This is a jam packed episode with 3 music artists!

Rico is a vocalist, drummer, producer and one part of the collective called "Boomchild". He talks about their origins and gives an insight into how they're able to bring such energy into their tracks. This young man who is wise beyond his years, has big dreams of building a community and using that to create music that uplifts people.

Tin Tin Adobo became prominent on instagram and tiktok producing comedic Filipino content, and is now exploring a career in the music industry. In between the laughter in the interview Tin-tin talks about her experience on social media, and encourages people to triple down on what sets them apart from others in order to succeed. She also may have incited an international incident by directing comments at President Duterte of the Philippines... but it's just bacne though!

Bernie Van Tiel (BVT) is a multi-talented creative; she's a rapper/ actress, singer/ songwriter/ producer, and beatboxer! She debuts her latest release "Spend Some Time", which garnered her a spot as a finalist in the Tones & I, "That One Song" Competition. She also touches on being a POC and part of LGBTQ+ community in the film industry, saying that there is representation, but more needs to be done.