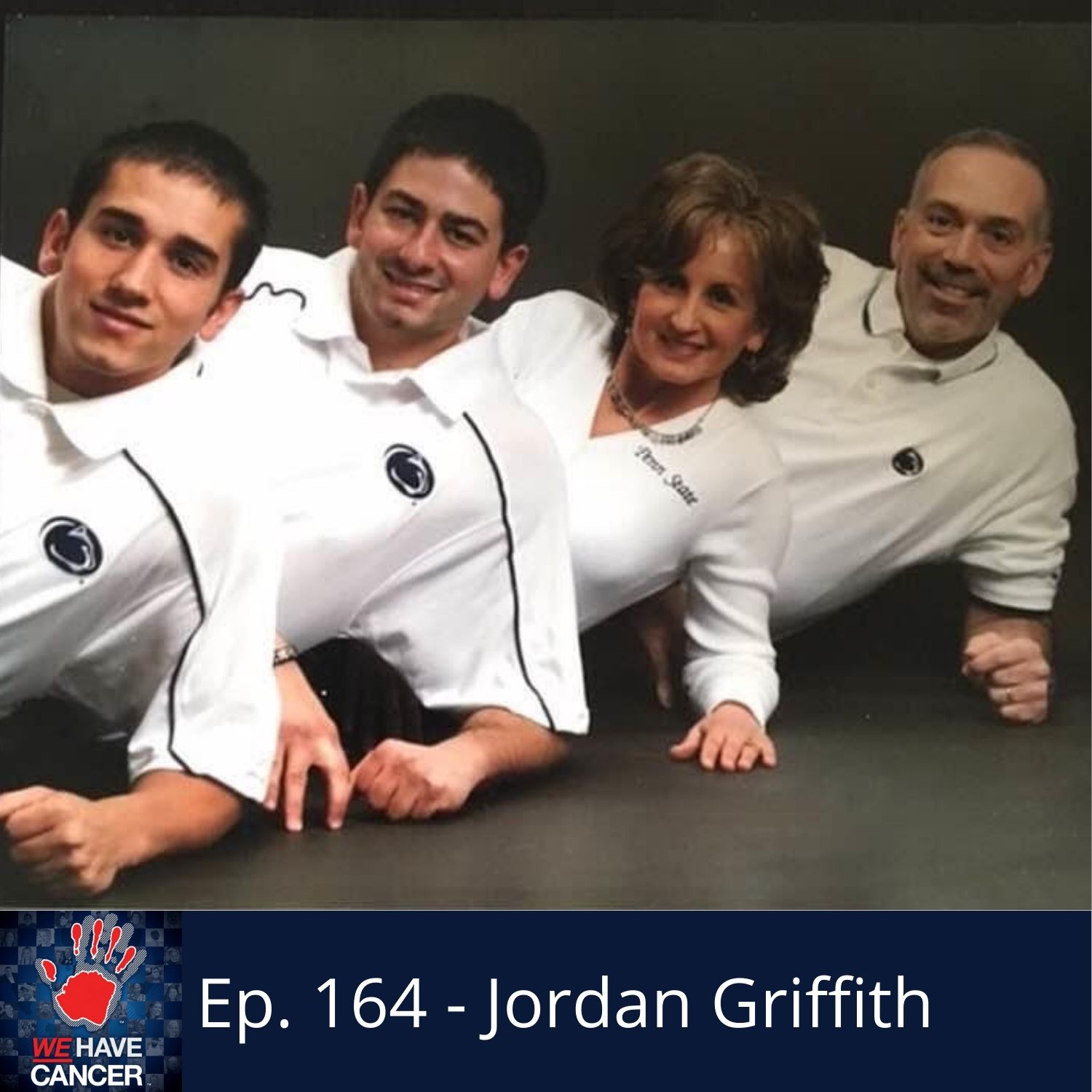 How Pancreatic Cancer And The Basketball Tournament Combine, With Guest Jordan Griffith Of The Griffith Family Foundation
Episode 164 • 17th November 2020 • WE Have Cancer • Lee Silverstein
00:00:00 00:35:43

Jordan Griffith’s father, Greg Griffith, was diagnosed with Stage 4 pancreatic cancer. With the help of friends and the local community, The Griffith Family Foundation was formed, as well as creating Sideline Cancer. As an ambassador and board member, Jordan has helped see the foundation put in the spotlight on ESPN as a part of The Basketball Tournament.

Instead of worrying about his prognosis after being diagnosed with pancreatic cancer, Jordan shares how his father instead wanted to know how he could help the doctor. Jordan also talks about how his father would feel seeing the changes in the community.

Jordan shares the story about how the foundation was created, how it evolved over time, and why it’s centered around basketball.

With the foundation based on basketball, it only made sense to create a basketball tournament. Jordan talks about how the tournament was created and quickly expanded to being on ESPN.

Lee and Jordan talk about where the funds raised are going and the hopeful impact of the foundation in awareness of pancreatic cancer.

After Jordan’s father passed away, he says the family was able to bond over their shared experiences with the foundation and from working on it.

Jordan opens up about the changing dynamics of the foundation and some of the things he wants to see happen.

Marcus Keene’s shot in the tournament