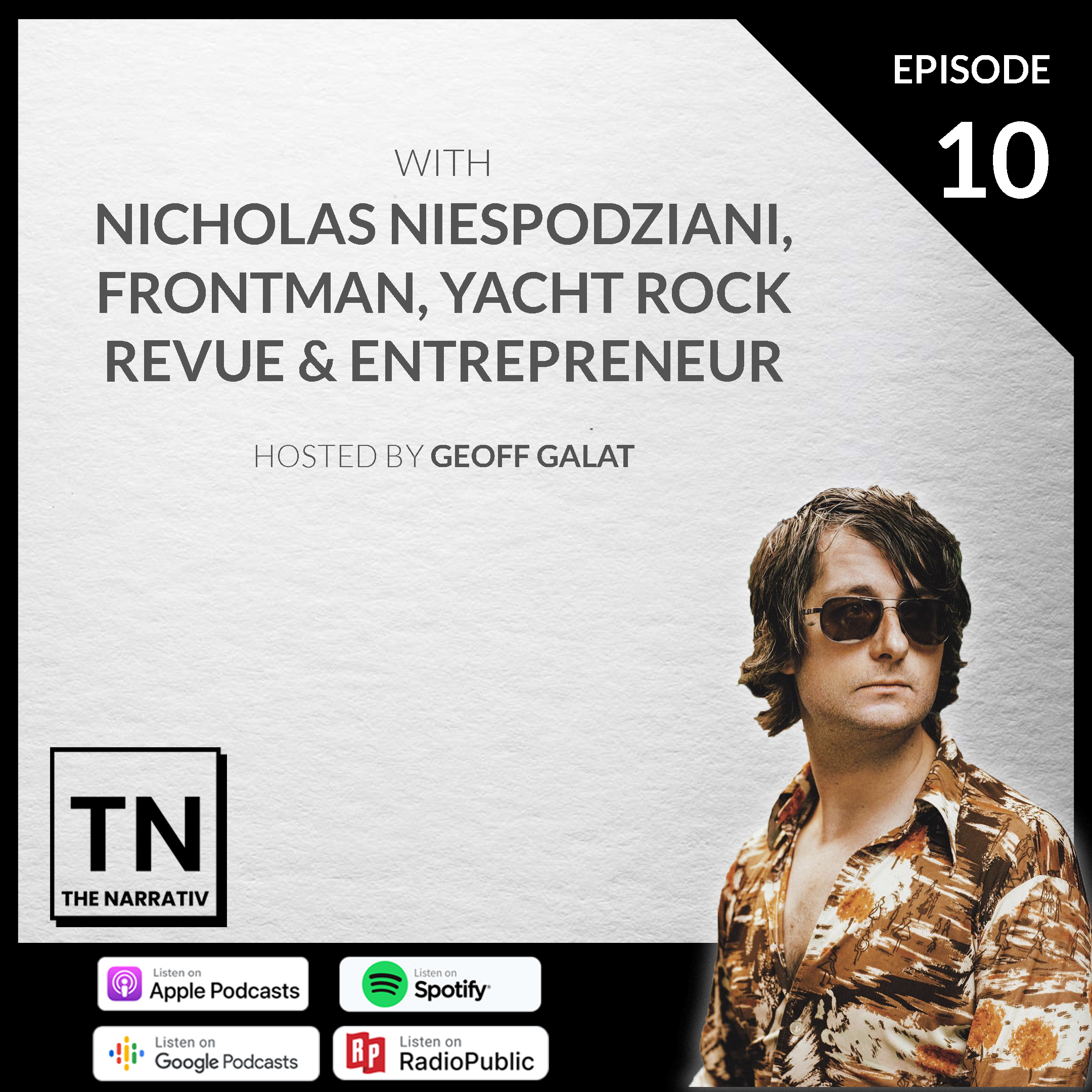 We start with a little Step, and we'll end with some Bad Tequila.

Between those moments, Nicholas Niespodziani is joining me for this Episode.

Nick is one of the founders and frontmen of the wildly successful band Yacht Rock Revue, a band that literally created its own genre, Yacht Rock, and even owns the trademark to prove it.

They’ve risen from humble beginnings in a basement all the way to headlining shows all over the country in partnership with LiveNation and Sirius XM.

Nick Niespodziani and Pete Olson met in the fourth grade in suburban Indiana, then went on to Indiana University in the late Nineties, formed the band Y-O-U, and then escaped – Rupert Holmes reference intended – to Atlanta.

One night, Y-O-U tucked their tongues deep in their cheeks and played a show of Yacht Rock songs. The rowdy (which is a nicer way of saying drunk), sold-out crowd loved it.

Over the years, YRR (where there’s also a Dave, a Greg, and literally three guys named Mark) have turned themselves into human wine spritzers, playing 120 to 150 shows a year, mastering Yacht Rock’s slick chords and mellow grooves, and partying like it’s 1979.

What began as a joke among friends soon put a ripple in the zeitgeist, starting a national trend through YRR’s concerts, which have been lauded as “unabashedly joyous affairs” by Entertainment Weekly.

This is what every musician wants.

I think you’ll find Nick as fascinating as I do.