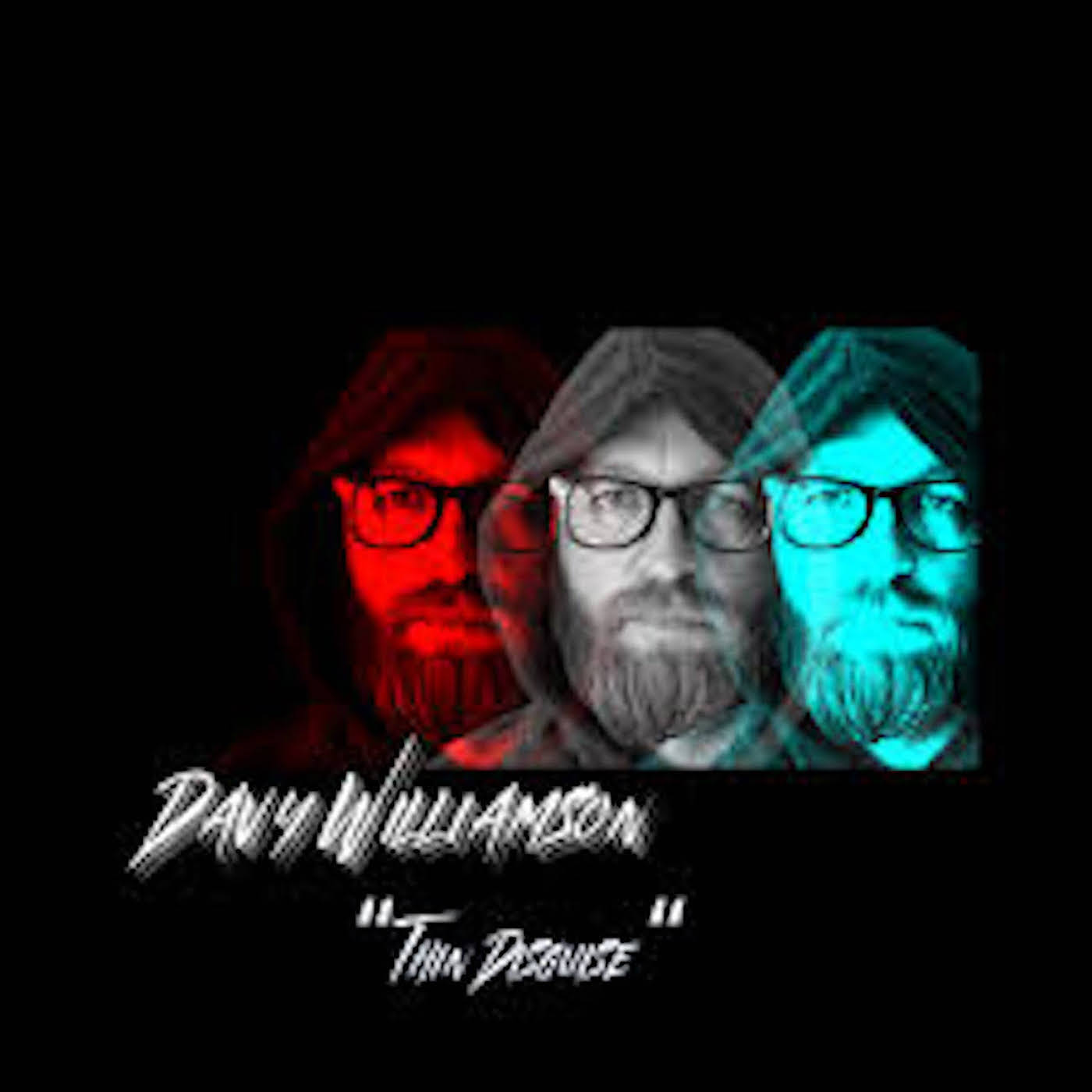 Today’s guest is rock monster Davy Williamson...a man with similar habits to my own. He writes the songs, plays guitar, bass, keyboards and drums. He sings and records...and for one thin dime he crawls on his belly like a reptile.

Going into the interview I requested him to send another song in addition to his new single “Thin Disguise.” He sent me “Cliche”, another song that’s on his soon to be released EP, available wherever you get your steaming music.

The pre interview consisted of Davy sending me a music file via my phone and one by email that got stuck in the pipeline and arrived right as we started...and the song is on my phone.

Johnnie David Williamson lll is an American singer, songwriter and multi-instrumentalist. He is known by the stage name, Davy Williamson. Prior to his current project he was the lead singer of the North Carolina modern rock musical band, Third Class Passenger.

Born in Plant City, Florida and raised in his hometown, Wilmington, North Carolina, Davy Williamson began his musical career in 1996 when he joined the Indy Rock band, Emilio 5. He left the group later that year. In 1998, he co-founded a Modern rock band, Third Class Passenger, in North Carolina. In 2003, the band recorded their debut unsigned album, Dislabelled, with recording and mixing engineer Steve Hardy.

He has since performed as a solo act under the stage name, Davy Williamson. Most recently, he has been living and performing in the Virgin Islands, playing mostly as a solo act. He also plays as a duo act with artists like John Hodges (Smoking Okra) and Andy Easton (The Tin Roof) in Atlanta, Georgia. This has spanned a five-year period.

Recently Davy has been seen sharing the stage with the likes of better known artist such as Toryn Green of (Fuel), and Paul Phillips of (Puddle of Mudd).

As for now Davy has been working on a brand new EP. The EP in the making is set to be released in early November. His Debut Single “Thin Disguise” is out now on all streaming services.