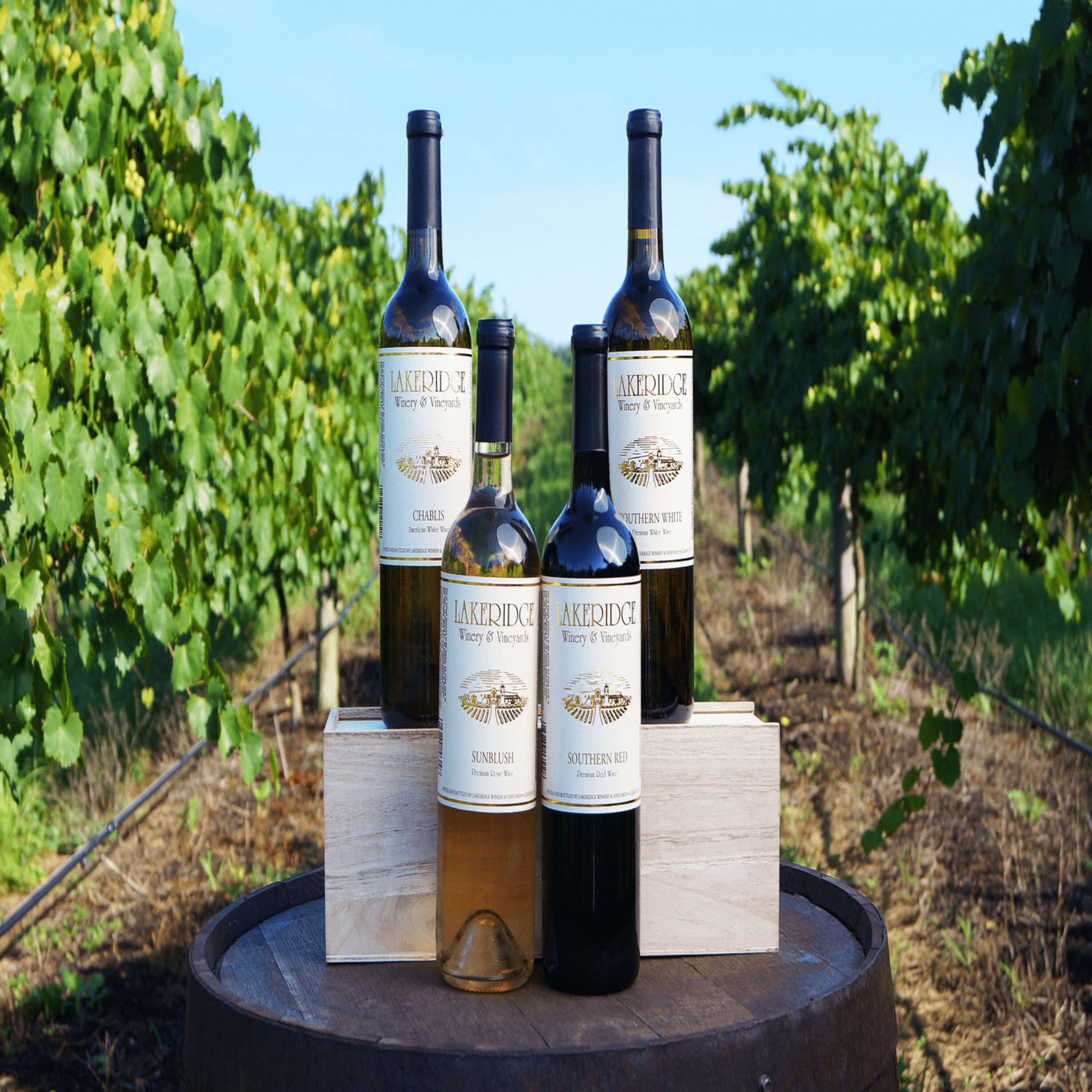 Florida started in the wine industry back in the early days when the settlers came over here. They discovered that these Muscadine grapes were here in Florida, so they tried to make wine out of them didn't particularly like the flavor of it. They went ahead and brought over their own varieties from Europe. At one time, there were thousands of acres of grapes here in Florida. But they discovered that in this climate, they wouldn't grow. There's actually a bacteria. It gets in the vines, and it leads to what's now called Pierce Disease. And so, when all the vines died out after a couple of years, they eventually moved everything out to the West Coast. The wine industry kind of fell off here, of course, and it wasn't until, I don't know, the eighties early 80s when families like the Cox family started Lakeridge Winery they decided that they were going to reinvigorate the wine industry here, and they were going to make wine out of the native Muscadine grapes that grow here naturally. They failed at first, and then they kept trying and eventually got the formula right and the recipe right. And we're here today as Florida's largest winery. Now when you say the largest winery, does that mean just visitors, or is that production? Yeah, we're Florida's largest by both visitorship and production. We are about one hundred and fifty hundred and sixty thousand case a year winery, which is by far the largest here in the state that's selling grape wines. There are a lot of other wineries here. There's only; I don't know, twenty to twenty-four wineries in the state. It's not a big industry here, and many of those are fruit wines, mostly blueberry wines because that's blueberries grow well here. There are a few like us that do grape wines, but we're by far the largest.