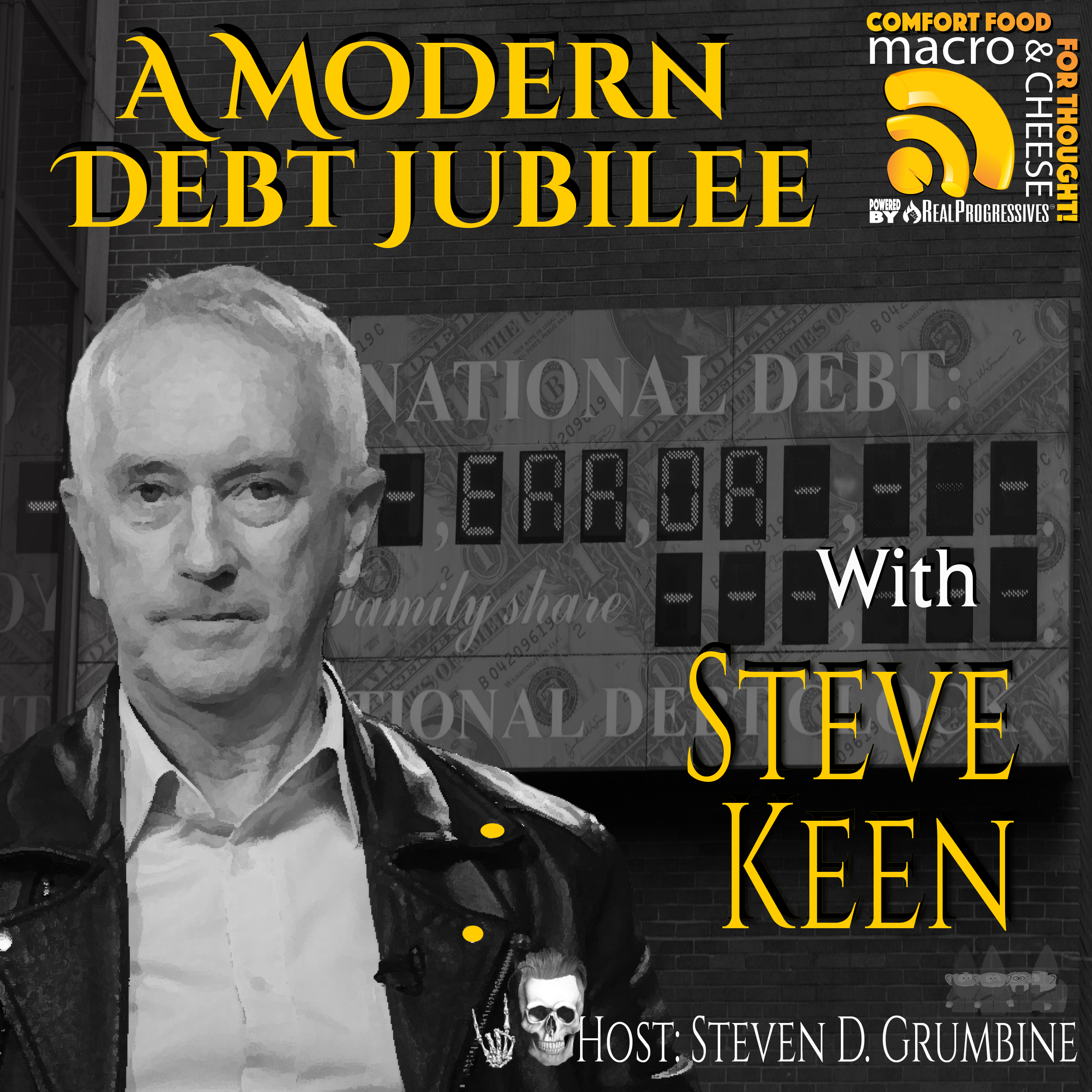 Are you listening to Macro N Cheese on our website? If not, you’re missing the transcript and extra content that accompany each episode.

This week we welcome Professor Steve Keen for his third visit to the podcast. He talks to us about the need for a debt jubilee, rising from the insanity of orthodox economics and the very real consequences attached to that paradigm.

There's this belief which is promulgated by mainstream economics. If you read a text like Mankiw, for example, you'll find a statement saying that when the government runs a deficit, it has to borrow money from the private sector. And when it borrows that money, it puts an unreasonable burden on future generations. And that belief, I think, is the core of why we don't use the power the government has to create the money when it's necessary, as it is right now. And that belief is fallacious. The government creates money by running a deficit, it doesn't need to borrow in the first place to raise the money. It creates it by the deficit.

Keen and Grumbine focus most of their discussion on the US, since its behavior is the most egregious, both in how it cares for its citizens and its export of neoliberal capitalism around the world. Keen compares the government’s response to the 2nd World War to its response to the COVID crisis. He also talks about the significance of the relatively low level of private debt after the 2008 recession and what that could have meant about the near future. Of course, with the pandemic, all bets are off. People will come out of this period buried under piles of personal debt, with no way of paying it off. He thinks we could be facing our very first slump not preceded by a boom.

There’s a humorous (sort of) segment on why economists are unable to accept MMT. Having spent 50 years in the field, Keen notes that a few are simply malicious...

...but the vast majority of them believe they're making the world a better place by explaining economic theory to us and getting us to redesign the economy so it matches a first year economic textbook. And it is simply a mindset, and it's the same thing as a religious mindset. They have a paradigm. The paradigm makes perfect sense to them.

He compares economics to science. Ptolemy’s model of the universe simply couldn’t explain the actual behavior of the planets, but even so, Copernicus wasn’t able to convince Ptolemaic astronomers they were wrong. Thus we have the trope that science advances one funeral at a time. So why is it that when the old generation of economists dies, a new generation replaces them believing the same thing? Keen provides a cogent explanation.

Professor Keen is a Distinguished Research Fellow at UCL and the author of “Debunking Economics” and “Can We Avoid Another Financial Crisis?” He is one of the few economists to anticipate the Global Financial Crisis of 2008, for which he received a Revere Award from the Real World Economics Review. His main research interests are developing the complex systems approach to macroeconomics, and the economics of climate change.