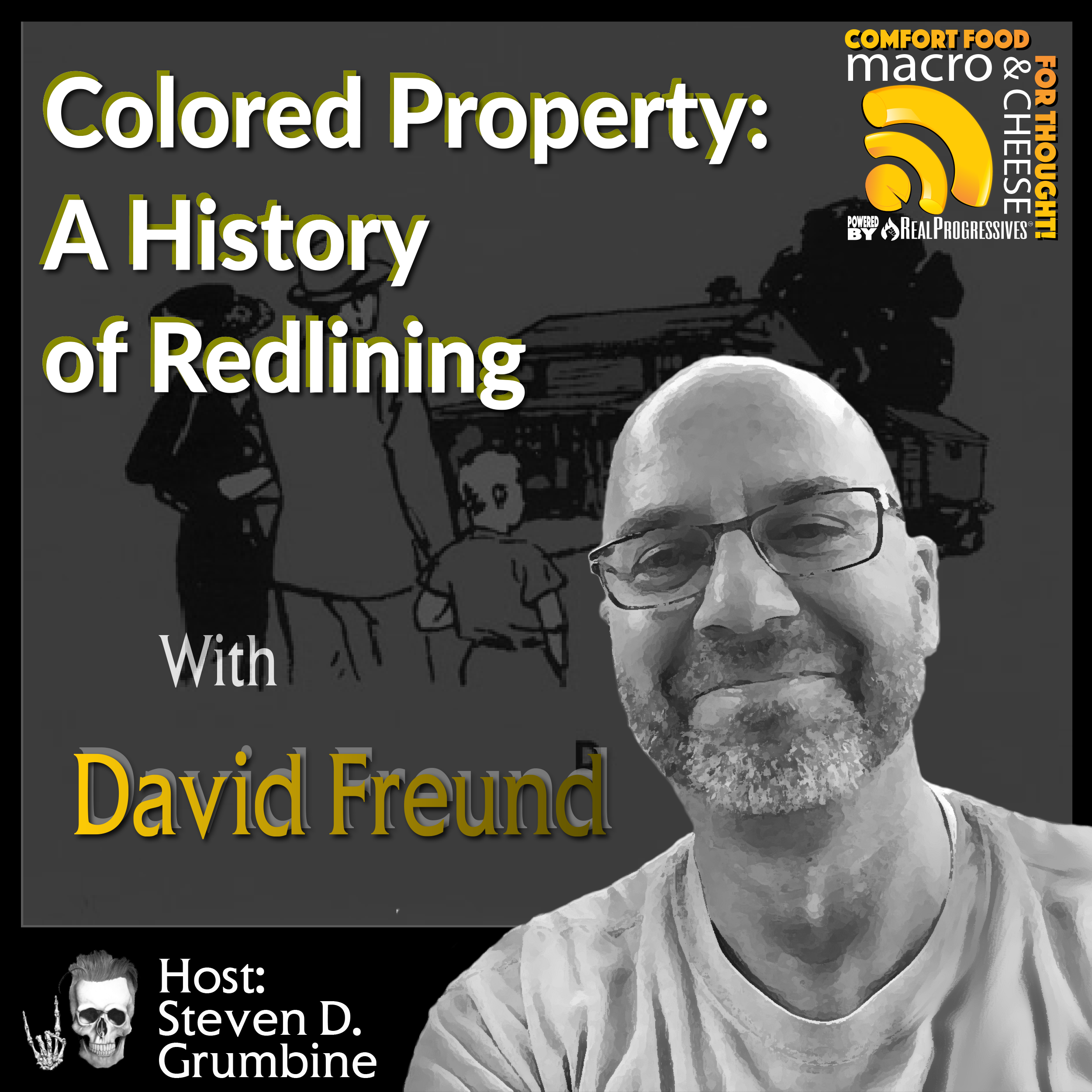 The post-war years are widely trumpeted as the golden era for America’s middle class. This is when we became a nation of suburban homeowners. Most would agree that federal programs - like the GI Bill and the FHA - contributed to this prosperity. Where some will differ is the extent to which the government is responsible. Our guest, David Freund, sets us straight.

David pierces through the propaganda and exposes the reality behind the sunny fantasy of the post-war economy. His book, Colored Property: State Policy & White Racial Politics in Suburban America, reveals the mechanics of the federal programs and the institutional racism built into them.

The racial politics of redlining are known to many of us, but there were also significant changes in municipal politics during this era. Among these was the rise in municipal zoning, giving local governments the actual power to legislate those decisions.  There was simultaneous growth of the planning profession and real estate industry. Taken altogether, David argues that these developments created the very familiar late 20th-century US landscape, where the majority of white people own their homes and where most growth is focused in suburban rather than urban areas, with remarkable disparities in wealth.

Interestingly, enormous effort was made to obscure this history from the people living it. There has been a specific political narrative intended to distort our understanding of the federal government’s role in creating segregation and wealth disparity. The mechanics are important to understand and those mechanics help us see why particular narratives were popularized.

The white beneficiaries of the boom became invested in a falsehood: that it was the free enterprise system that was producing the post-war prosperity and literally remaking the nation. It was the golden age of celebrating free-market capitalism. This was the cultural and political landscape.

The image is one of bustling economic prosperity with a little bit of assistance from government programs. But the reality was something else entirely.

Prior to the boom, people were afraid of going into debt. A 30-year mortgage was seen as incredibly risky; bankers didn’t want to lend and borrowers didn’t want to borrow. The FHA needed to prime the pump so they applied aggressive marketing techniques. They did extensive groundwork educating the real estate and banking industries. They produced film reels and literature, and FHA officials went on speaking tours to professional conferences. They took their pamphlets door-to-door, contacting millions of households.

In the end, they successfully convinced banks to become debtors and consumers to go into debt. This was no small campaign; it went on for a quarter of a century -- all while insisting that these federal programs were not distorting the free market. At the same time, they perpetuated the mythos of the American dream and fed the narrative that anyone could achieve it.

The 2020 campaign season has us talking about what it would mean to have a job guarantee, to create a green new deal, and to properly fund public education. As we do, David Freund cautions us to learn the lessons of history - the real history - else we be doomed to repeat it.

David M. P. Freund is Associate Professor in the Department of History, University of Maryland, College Park. He is the author of Colored Property: State Policy and White Racial Politics in Suburban America (University of Chicago Press, 2007), which received the 2008 Ellis W. Hawley Prize from the Organization of American Historians, the 2007 Kenneth Jackson Book Award from the Urban History Association, and the 2009 Urban Affairs Association Best Book Award.