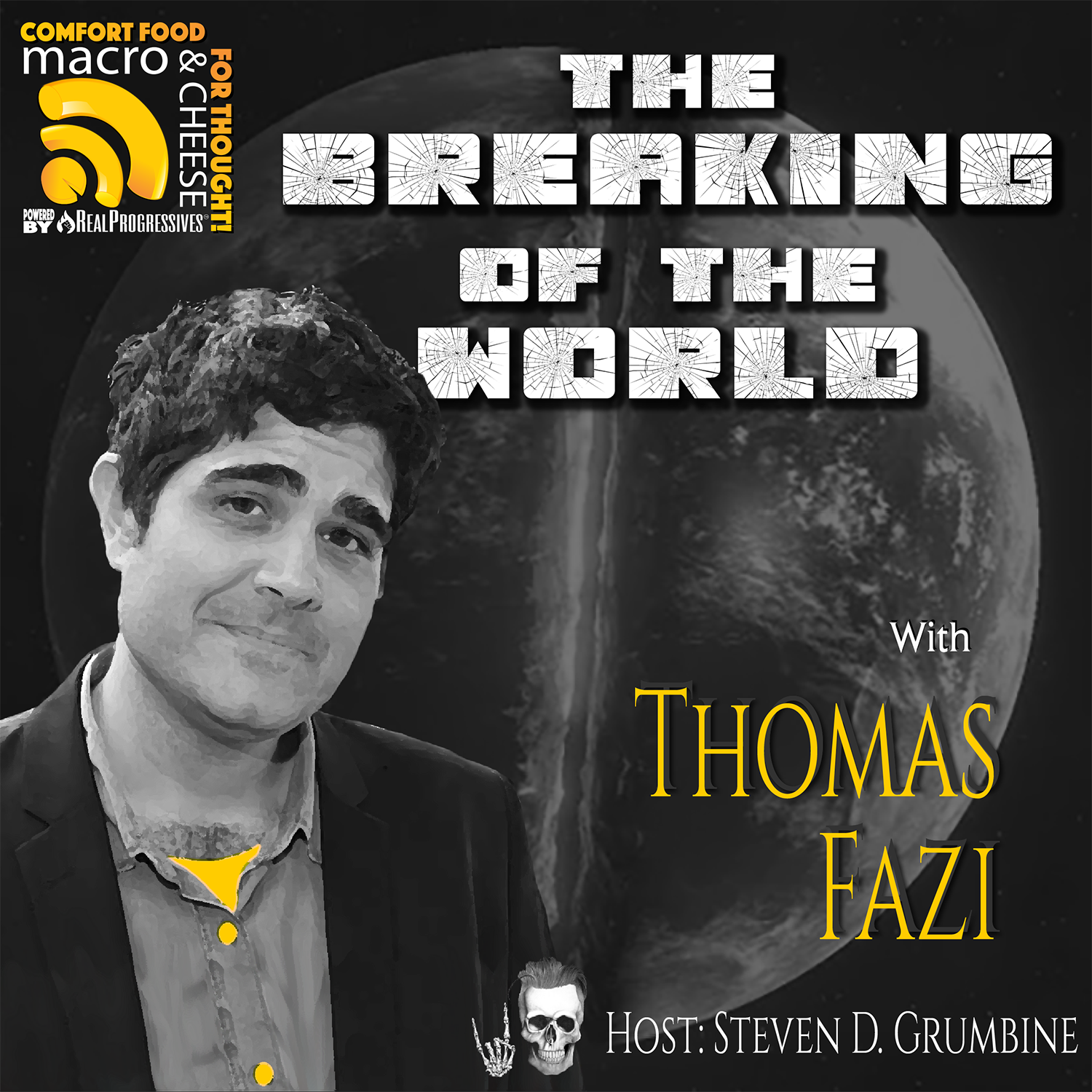 Steve talks with Thomas Fazi, journalist/writer/translator/socialist. Many of us know him as co-author, with Bill Mitchell, of Reclaiming the State: A Progressive Vision of Sovereignty for a Post-Neoliberal World.

A few weeks ago, we had an episode entitled Trussonomics. It was recorded a few weeks after Liz became Prime Minister, and mere days before she got the boot, making her the shortest-serving PM in UK history. Fazi has a different take on the events leading up to Truss’s removal, and spends much of the first half of this interview breaking it down. Truss is a libertarian free market conservative, so why was she such a threat? The mainstream narrative—left, center, and right—had it that her budgetary package spooked the markets so they forced her out.

Truss’s real crime? She understood government finance. As listeners to this podcast know, deficit spending did not cause the current inflation. Fazi talks about the actual causes and makes the case that the markets didn’t oust Truss; the Bank of England did.

“...In currency issuing countries, you don't usually see such overt tensions between central banks and government. Even though most central banks are formally independent, they tend to support whatever budgetary or fiscal policy the government decides to pursue. So, what transpired in the UK context was actually quite extraordinary because it was, I think, a rare instance of the central bank of a currency issuing country deliberately acting to sabotage a government.”

Fazi lays out the ways in which austerity can now be justified in the UK, warding off the threat of a potentially strengthened working class. There are many layers to this story.

The second half of the episode shifts the focus to global geopolitics and the US stance against China and Russia.

“This isn't just US versus Russia and a few proxy countries. This new Cold War is a completely different one than the old one. It's one-way. The US is a declining power with declining influence over the rest of the world, where most of the world isn't following the US, for example, with regards to its policies against Russia and China. The US sphere of influence now is pretty much limited to Europe and Australia and New Zealand.”

The US ruling class is the most powerful and dangerous in all of human history. The structural changes of the global economy have brought us into a multi-polar world. It's just a reality that the US elites don't seem ready to accept.

Thomas Fazi is a “journalist/writer/translator/socialist.” who lives in Italy. He is the co-director of Standing Army (2010), an award-winning feature-length documentary on US military bases featuring Gore Vidal and Noam Chomsky; and the author of The Battle for Europe: How an Elite Hijacked a Continent – and How We Can Take It Back (2014) and Reclaiming the State: A Progressive Vision of Sovereignty for a Post-Neoliberal World (co-authored with Bill Mitchell, 2017). His articles have appeared in numerous online and printed publications. Find links to his articles on his Substack.